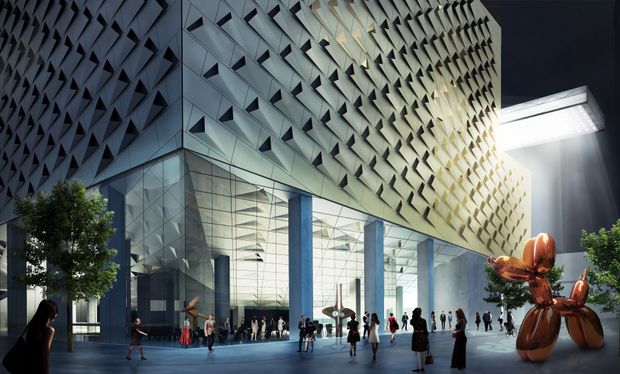 In another lifetime, Alberta Premier Jason Kenney stood in front of John Hammond’s oil painting The Three Sisters at Calgary’s Glenbow museum, talking up philanthropy. He recounted the generosity of Eric Harvie, who founded the museum, and had once owned the painting. Harvie, who eventually made a fortune, began dabbling in Alberta’s oil and gas industry at a time when “a lot of dry wells were drilled and a lot of hopes were lost,” Kenney said. The Premier then pledged $40-million to Glenbow for major renovations. It was Feb. 21.

“We felt at that moment that the sky was the limit,” Glenbow CEO Nicholas Bell said during an interview this week. “I think if you look at the calendar, that was, like, five weeks ago. Honestly, it feels like a decade ago.”

Catastrophe is not a word to be used lightly, but the coronavirus pandemic is worthy and arts institutions were among the first to take a hit. Performance venues were immediately affected, with shutdowns ordered in certain cases just hours before showtime. What followed has been a raft of cancellations and layoffs, with no idea when the lights can be flipped back on. At the same time, in Alberta, the price of oil has tanked.

For cultural organizations in Western Canada, the difficulties in rebuilding may be amplified. There is a smaller population – and thus donor base – and more distance from most head offices and their vital sponsorship dollars.

The problem is particularly acute in Alberta, which is dealing with what Janice Price, president and CEO of the Banff Centre for Arts and Creativity, calls a triple whammy: the devastated energy sector compromising a major source of philanthropy, cuts in provincial government funding, and now a pandemic.

The Banff Centre’s temporary layoff of 400 people – 75 per cent of its staff – is a stark example of what has been happening at arts and cultural organizations. At institutions including Glenbow, Alberta Ballet, the National Music Centre, the Calgary Stampede – all of which have temporarily laid off about 80 per cent of their workforces – job losses have been an ugly necessity.

“It’s tough sledding in Alberta; very, very tough sledding,” says Annemarie Petrov, president and CEO of the Edmonton Symphony Orchestra and Winspear Centre. “I think not-for-profits are relatively resilient, but there is a breaking point.”

Calgary Philharmonic Orchestra president and CEO Paul Dornian projects a $2-million loss in earned revenues between the March shutdown and the end of the CPO’s season, June 13.

“Two million dollars is a lot to make up; in fact, there’s no way to do it in this type of climate.”

At different companies, the numbers vary, but the experience is universal: unprecedented gravity and uncertainty.

“The one thing we do know for sure is that things are not going to go back to what they were three weeks ago,” says Patti Pon, president and CEO of Calgary Arts Development, which has created a $1.1-million relief fund for artists.

“It is unlikely to me that all of the companies that came into this crisis are going to come out the other side.”

Rose Ginther, associate dean of the faculty of fine arts and communications at Edmonton’s MacEwan University, agrees some companies will likely fold. “Arts organizations run very close to the bone,” she says. “There isn’t an ounce of fat.”

Fundraising has never been so critical, and yet it has never been so fraught. Oil and gas companies, once Alberta’s leaders in arts sponsorship, have made their own cuts. Many donors have lost jobs, or seen their financial holdings tumble.

Soliciting funds right now to support an orchestra or art gallery could be perceived as insensitive.

“It’s not the best time to bombard people with a lot of asks,” says Stephanie Raynor, chief advancement officer at Theatre Calgary. “We know our donors will be there when the time is right,” Raynor says.

Will they, though? There is a danger of Alberta’s philanthropic wells running dry.

For now, organizations are reporting heartening generosity. Patrons are e-mailing with messages of support and often donating the cost of tickets for cancelled performances rather than asking for refunds.

The Banff Centre says it received some 50 donations the week after laying off 400 people. “Many of our major donors said … they’re going to continue to fund us no matter what,” says vice-president of marketing and development, Rosemary Thompson. “They want the Banff Centre to survive.”

The Glenbow is confident in the promised funding for that renovation.

The CPO, after issuing temporary layoffs, this week recalled musicians and staff, but with reduced hours. “That leaves us in a much better position to, when this ends, come back with some strength.”

For groups that can’t come back, Pon vows to recognize their contributions.

“In my experience when a company closes, all we remember about it is its closure. And all we associate with it is its failure,” she says. “We’ll work as hard as we can to honour them and make sure that they exit with grace and dignity and celebration.”

Farther west, in British Columbia, among the big cancellations this spring is what would have been Vancouver Opera’s final festival. Next year, unrelated to the pandemic, it will revert to a regular season, scrapping its unpopular festival experiment – something it had hoped to announce at this season’s closing event.

Other big questions surround the Vancouver Art Gallery. Neither its interim director nor board chair was available for an interview this week, but it’s hard to imagine its nearly $400-million new gallery project — which has been in the works for years but never broken ground — proceeding as planned. The project has been seeking $100-million from Ottawa and $50-million from the province, in addition to $50-million already granted by the province project in 2008.

“I can’t see that in the next 48 months being a priority,” says Bob Rennie, a philanthropist and collector who has long been openly critical of the project.

Rennie says there’s an old adage that has guided him through his own business dealings: “a man who adheres to a position previously stated when times change is a fool.”

At the National Music Centre in Calgary, president and CEO Andrew Mosker believes Canadian arts organizations have a responsibility right now: to keep the country’s spirits – and hopes – high as we await what he calls “the next normal.”

Artists’ responses to the crisis were almost immediate. Jann Arden was among the first to livestream a performance, from her southern Alberta home. Edmonton’s Citadel Theatre has launched a Stuck in the House series. Contemporary Calgary will launch an initiative on Monday called Art Where You Are, with an online interview with Luke Jerram, whose Museum of the Moon, hangs suspended under the dome – and in time – in the closed gallery. Jerram will discuss a new work in his Glass Microbiology series: a glass sculpture of COVID-19.

But the pandemic presents an opportunity for more than some cool livestreams.

“I think this is a watershed moment,” Price says. “I think there will be a lot of dialogue when this is over about ‘what did we learn?’ and ‘how do we manage our organizations differently in the future?’”

Resilience has always been a theme when it comes to Alberta. Floods, fires, economic downturns – the province has emerged from it all, not unscathed, but standing. Resilience is also a forte for artists. Through the worst of times, there is creation. Nobody knows what the cultural landscape will look like on the flip side of this staggering event. But for sure, there will be art at the end of it. And along the way, to help ease this grim journey.