Canada needs to get serious about whistleblower protections. Here’s why 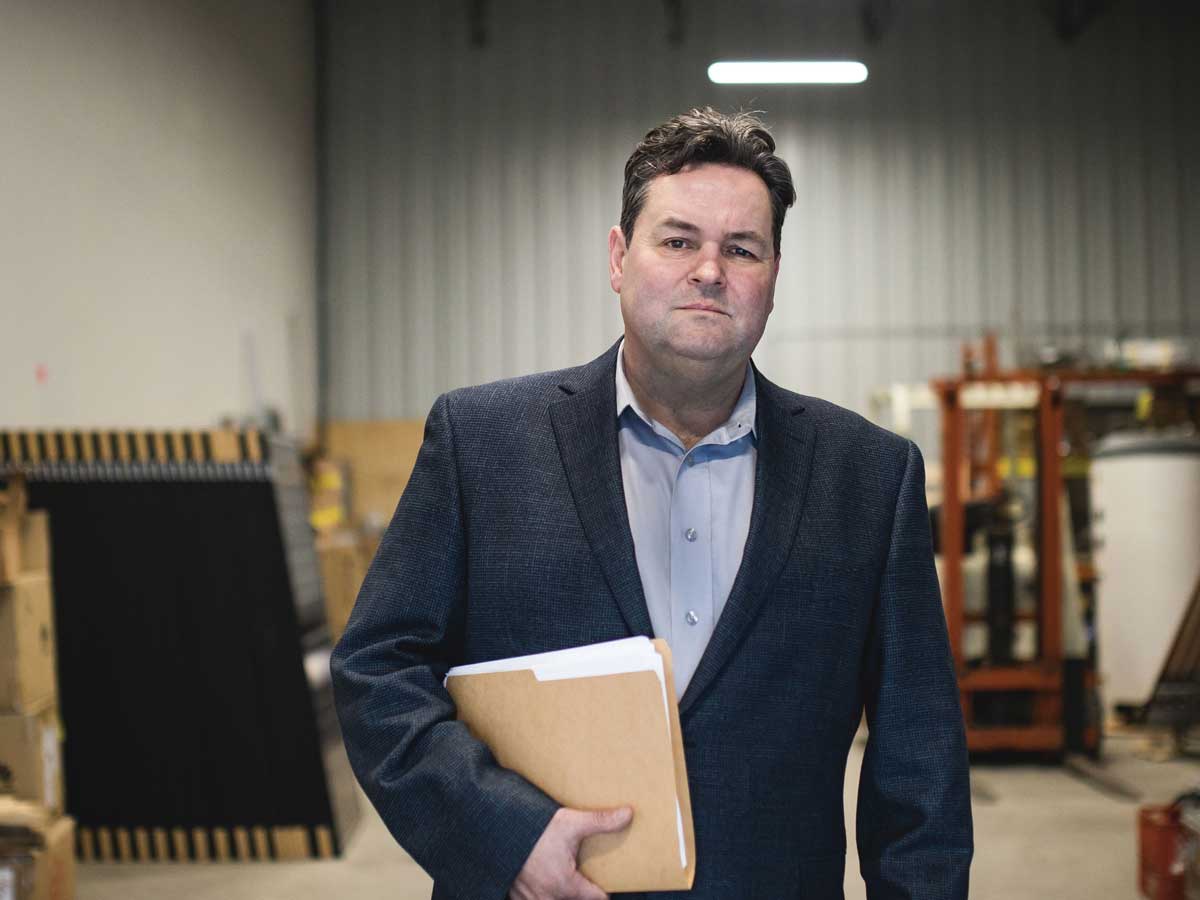 Canada needs to get serious about whistleblower protections. Here’s why

In September 2019, when a whistleblower accused Donald Trump of engaging in an illegal quid pro quo, the U.S. president and his allies agitated for the identity of the anonymous intelligence officer to be revealed. Thanks to the strength of U.S. whistleblower protections, the complainant’s name remains unknown. Elsewhere around the world, however, those who speak up about wrongdoing are often left high and dry.

Canada is no exception. In fact, according to top experts in the field, our nation has some of the world’s worst protections. “Currently, Canada’s whistleblower law is the object of consistent international ridicule,” says Tom Devine, the legal director of the Government Accountability Project (GAP) in Washington, D.C. “It’s regularly held up as an example of free-speech rights that are false advertising in practice.”

The law Devine refers to is the Public Servants Disclosure Protection Act (PSDPA), which came into effect in 2007. The first law of its kind in Canada, it established an integrity commissioner to receive complaints from federal public service whistleblowers who’ve suffered reprisals, as well as a tribunal to hear their cases. That may sound good on paper, but it’s been a failure in practice. Just eight cases moved to the tribunal in its first 10 years. Of those, only one whistleblower had the stamina to complete the process—and she lost her case.

In the private sector, the situation is even worse. Section 425.1 of the Criminal Code—established in 2004—is armed to punish employers who take revenge on whistleblowers with up to five years in prison. But David Hutton, senior fellow at the Centre for Free Expression’s Whistleblowing Initiative, says that, to his knowledge, the law has never been used. “The whistleblower has no way to initiate action against those taking reprisals; the police have to do it,” he says. “But whistleblowers are trying to expose something that the powers that be do not want exposed, so to think the police will support them is a stretch.”

Exacerbating the problem is the fact that each province has its own laws. As a result, it can be difficult for a would-be whistleblower to determine how to report wrongdoing and what protections they might have, depending on their jurisdiction. Hutton says these provincial laws tend to follow the same ineffective mould as federal legislation.

Amid the dearth of laws protecting whistleblowers, the Ontario Securities Commission (OSC) decided in 2016 to try the carrot approach, establishing a program to compensate whistleblowers for reporting wrongdoing. In 2018, the OSC said it had received 200 tips. A year later, it announced it had paid out $7.5 million to three recipients. Still, it’s impossible to know how well protected any of those tipsters were. Hutton says even big money doesn’t necessarily equal adequate protection: “The reward might not be that much benefit if you’re blacklisted in your career and rendered unemployable.”

Without robust whistleblower protection, Canadian companies and the country’s public service are losing out on a primary source of information. According to a 2018 report from the U.S.-based Association of Certified Fraud Examiners, 40 per cent of occupational frauds become known through tips, and about half of those come from employees.

The Canadian Standards Association, which published guidelines for companies that want to implement their own whistleblower processes, cites studies proving that “speak-up culture” promotes trust in management and has the potential to lift the company’s bottom line. The benefit for senior executives, says Hutton, is that they stay out of jail and prevent “a huge scandal blowing up around something they weren’t aware of.”

Given the lack of protections, it’s not surprising that employees who witness wrongdoing often stay mum. Dave Angot, who helped expose a multi-million-dollar insurance fraud in Saint John, N.B., took that leap despite the possibly dire consequences. In 1998, he began his first director of finance role at a local insurance-finance company and settled in by combing through recent financials. Certain transactions struck him as suspicious—a six-figure insurance policy for a small contractor, for example. When he started digging, he realized every problem account led back to one insurance agency. “We thought it was a few bad accounts,” he says. “Maybe something cooked up to cover some short-term losses.”

Angot eventually discovered the fake accounts were actually part of a long-running fraud perpetrated by his firm’s largest customer, a well-respected local business magnate. The board of directors at Angot’s company pressured him to keep quiet: They didn’t want to lose their biggest source of business, which could cause the company to collapse. Despite the gag order, Angot decided to speak up. “I felt everyone deserved a right to know, here and now,” he says. “If you have someone in their 70s working for your business and their life savings are tied up in it, you might want to give them the opportunity to understand what’s going on.”

Angot’s gambit, and the two-year ordeal that followed, ended up leading to a conviction—but many aren’t as fortunate, and many more wouldn’t take the risk in the first place. “I was scared to death. I was afraid to not have a job, and I thought that growing my career was the most important thing in the world,” Angot remembers. But he never seriously considered burying the impropriety he’d discovered. “You can’t look at the role as the only thing you have. The foundation is your decision-making and your ethics, and you can’t jeopardize that for one role.”

Historically, the U.S. has done the best job of protecting whistleblowers. Although its public service protection—the world’s first, instituted in 1978—now suffers from degrees of political interference, the country has about 60 laws protecting everyone else. “Nearly the entire private sector, and all government contractors, are governed by best-practice free speech rights,” says Devine.

The U.K. has also earned praise for its Public Interest Disclosure Act (PIDA), a piece of legislation from 1998 that safeguards whistleblowers from “detriment”—that is, dismissal or other reprisals made in retaliation for a whistleblowing disclosure. Unlike most legislation, it applies not only to public-sector employees but those in the private and charitable sectors as well.

Devine says the European Union is set to be the new standard-bearer for whistleblower protections. Late last year, it adopted a directive to protect whistleblowers—standards that must be implemented by all member countries within two years. The directive includes many of the things that other countries have failed to achieve, including guaranteed due process, legal assistance for whistleblowers, protection against criminal or civil liability for breaking non-disclosure agreements and taking evidence, and a reverse onus of proof that requires employers to prove action taken against a whistleblower was not a reprisal. Devine says the rest of the world may eventually follow the EU’s lead. “We’re in the midst of a global revolution for freedom of speech, at least in terms of rights on paper,” he says.

Samantha Feinstein, the deputy director of GAP’s international program, studies how well the world’s whistleblowing laws work in reality. She estimates that more than 100 countries have protection for at least some of their workers. “For the most part, though, whistleblowers are only prevailing at most 25 per cent of the time, even when they survive procedural challenges and receive a decision acknowledging that their rights were violated,” she says. “In large countries such as the U.S., the success rate is roughly 10 per cent.”

Trump’s impeachment put whistleblower protections in the spotlight, and Hutton hopes that the issue keeps gaining momentum in both the public and private spheres. “We’ve seen supposedly reputable banks and insurance companies setting up horrible schemes to defraud their customers. We’ve seen corporations that pollute the environment or sell drugs that are going to kill people,” he says. Whistleblowers represent a defence against such activities. Without them, he says, “There’s no limit to the harm that the private sector can do to us in the pursuit of money, or to what government may do through incompetence or corruption.”