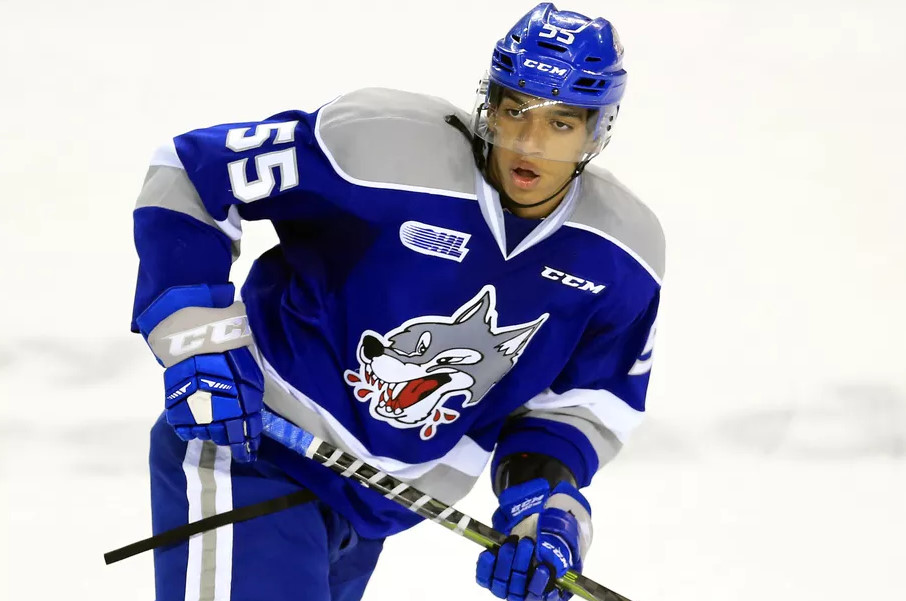 The 2020 NHL Entry Draft is coming up, and this year’s draft class has the potential to be one of the best in recent memory. For the next month, we will be profiling each of the top prospects available in the draft — many of whom could be candidates to be selected by the Minnesota Wild. Follow along as we dive deep into the strengths and weaknesses of each notable player eligible to be drafted this June.

Quinton Byfield is regarded by many as the second-best player in the upcoming draft, behind only Alexis Lafreniere (whom we profiled on Monday). With Lafreniere being a winger, that make the 6’4 Ontarian with Jamaican decent this year’s top center amongst most big boards

Yes, size is a big factor in Byfield’s game, but size alone does not rule the 17-year-old’s game. Byfield has skill, soft hands, speed, and physicality to his game. He’s a guy who will jumpstart a rebuild and likely become a star centerman in the NHL for years to come.

Byfield is from Newmarket, Ontario, a part of Greater Toronto in southern Ontario. He dominated the AAA Toronto circuit, which led him to being the first overall selection of the Ontario Hockey League Draft in 2016. Sudbury Wolves general manager Rob Papineau had no doubts about selecting Byfield, stating “This was the easiest pick I think we could have made ever.”

The big man did not disappoint in his first year in Sudbury, leading the team in scoring with 29 goals and 61 points as a 16-year-old. After a great regular season, Byfield earned the honors of both OHL and CHL rookie of the year.

After a fantastic first year in the OHL, Byfield was pegged as the second-best prospect going into the 2020 Draft. With the pressure of the hockey world and all eyes on him game in and game out, Byfield shined.

The Sudbury center racked up points in the OHL. He finished the year 14th in points despite missing 18 games due to a combination of injury and the World Juniors. And even still, the Ontario native led the Wolves in scoring and was the player driving the bus for the Wolves. When Byfield was out, the Wolves were outscored 32-19, but with the dominant center in the lineup, the team was well better off, outscoring their opponents 240-208.

A big setback this season for Byfield was at the 2020 IIHF World Junior Championship, playing for team Canada. After many expecting Byfield to play a large role for the Canadians, he finished as a fourth liner. Byfield was on the bench for Canada’s entire gold medal 4-3 victory over Russia, not getting on the ice for a single shift. He was’t injured, but he struggled as a 17-year-old playing against the world’s top competition. He finished the tournament with a lone assist in seven games played. But hey, at least he won a gold medal, right?

Following a disappointing World Juniors, Byfield went right back to tearing it up in the OHL, registering 10 goals and 15 assists in 15 games before the OHL ultimately canceled the remainder of the season due to the COVID-19 pandemic.

His remarkable 2019-20 OHL season, although cut short, was one of the best amongst points per game in the previous two decades. Byfield ranks 11th in points per game with 1.82, trailing now NHL superstars Connor McDavid, Patrick Kane, Mitch Marner, Taylor Hall, and John Tavares, amongst others, in the category. Some of the noticeable NHLers his 1.82 points per game bests are Steven Stamkos, Tyler Seguin, Andrei Svechnikov, and Alex DeBrincat.

As one of the top prospects in this draft, you’d expect the player to not have many flaws in his game. With Byfield, this statement mostly holds true. The big power forward has a tremendous amount of skill and game-breaking ability — a trait a certain former Wild GM loved to throw around.

Byfield is the real deal, and you could go as far as comparing him to Pittsburgh Penguins star Evgeni Malkin. Yeah, the one with three cups and over a 1,000 points. In a recent interview with TSN, Byfield commented on his comparisons to Malkin:

“I’ve definitely drawn a couple comparisons out there. I think Evgeni Malkin, that’s just an honour to be compared to that guy. He’s a (future) Hall of Famer. I’m definitely watching as many Penguins games as possible just to see what he does on the ice and how he plays. He’s a big 200-foot centre and the amazing offensive ability he has and how he plays is just unbelievable. I definitely watch him quite a bit and try and mold my game after him.”