London Knights: Back in time — The speech that turned the 2016 final around 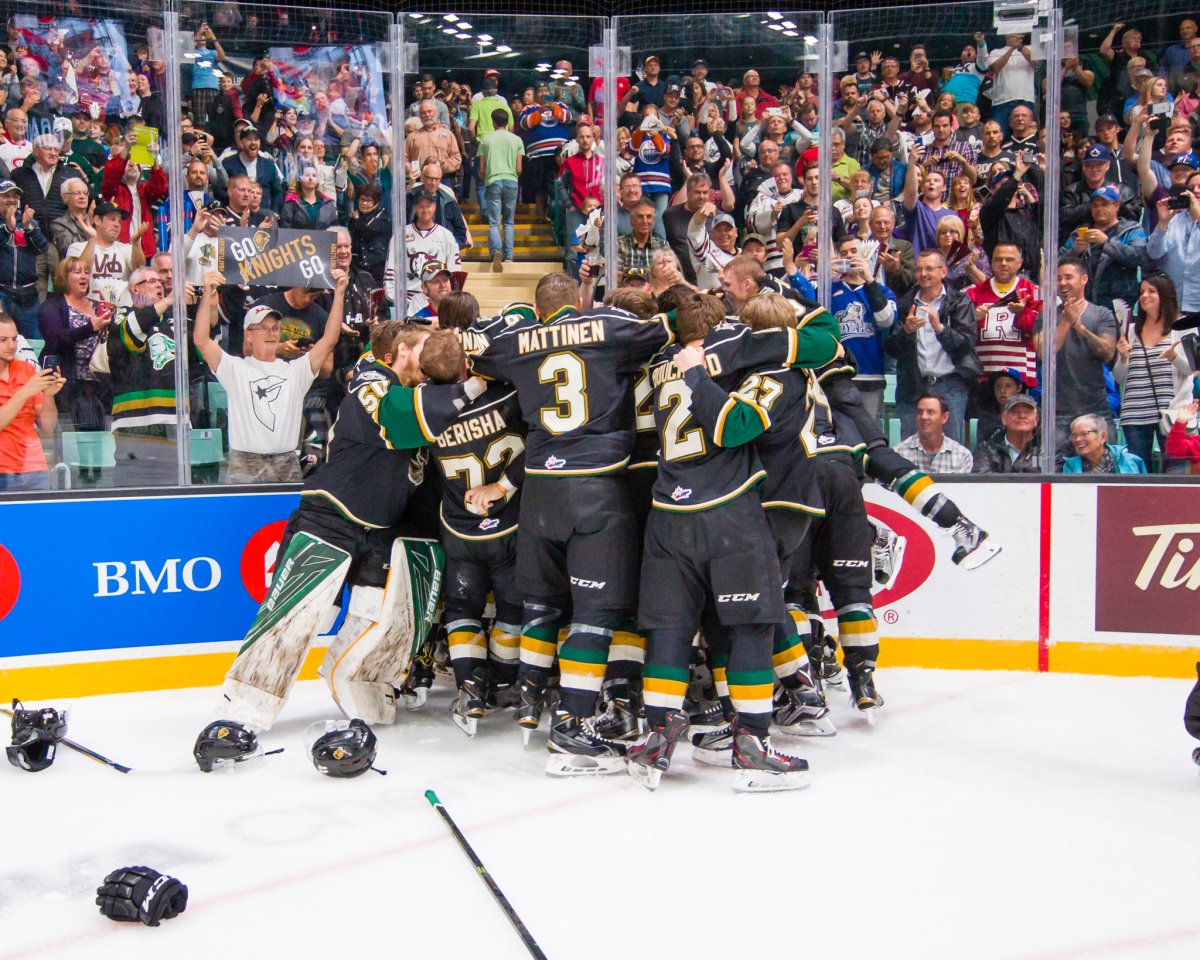 London Knights: Back in time — The speech that turned the 2016 final around

The London Knights are one of just two Canadian Hockey League teams that have won the Memorial Cup more than once since 1996. The Knights captured their first title in 2005. They won again in 2016. The Windsor Spitfires won back-to-back championships in 2009 and 2010, and again when they hosted the tournament in 2017.

Strangely, the Knights won both of their titles on the exact same day: May 29. Their third appearance in a Memorial Cup final was on May 27 in Shawinigan, Que. This week, the ongoing series, London Knights: Back in Time, focuses on stories from before, during and after those games.

Reflecting on the stakes in the 2016 Memorial Cup final between the London Knights and the Rouyn-Noranda Huskies with four minutes and 26 seconds remaining in regulation time and the Huskies leading 2-1, that’s what London head coach Dale Hunter believed his players were feeling.

“Their heads were kind of hanging low (going into the final TV timeout) and we were in some trouble,” remembers Hunter.

For nearly two calendar months, London had always managed to find a way. Sixteen straight victories against increasingly skilled teams led them to an Ontario Hockey League championship and a perfect record in the round robin at the Memorial Cup in Red Deer, Alta.

Rouyn-Noranda’s Julien Nantel had scored nine minutes and 13 seconds into the third period to break a 1-1 tie and no matter what the Knights seemed to throw at former OHL goalie Chase Marchand in the Huskies net, he seemed to turn it aside. It was like Marchand wasn’t just playing against another team. It was like he was taking on the whole league that had waived him two years earlier.

The only shot to beat him was a tip by Matthew Tkachuk of London on a Mitch Marner shot that seemed to propel itself away from Marchand and into the Rouyn-Noranda net.

That had given the Knights a 1-0 advantage at 9:19 of the second period.

London’s lead lasted 15 seconds before Francis Perron tied it at 9:34.

It’s hard to win 16 straight games. It’s even harder to win 17 in a row, especially when that 17th game is on major junior hockey’s biggest and most pressure-packed stage.

Maybe this wasn’t going to be London’s day.

And then Brandon Crawley got to his feet. The 19-year-old defenceman from New Jersey, who had spent every Christmas skating with his family at Rockefeller Center in New York, gave a gift to his teammates.

It wasn’t a goal or an assist. He didn’t throw himself in front of a slapshot aimed at an open net.

Crawley’s gift went unnoticed by everyone who was not on the London bench as the final television timeout began.

“He stood up and came down the bench right into the middle of it,” recalls Hunter. “He started saying things like, ‘We don’t quit! We don’t end it this way! This is not happening. This is NOT happening!’ And then he just went and sat back down. No one else said a thing. All of a sudden their heads picked up and they went back out onto the ice.”

That speech combined with a little Dale Hunter intuition was about to bring London exactly what it needed.