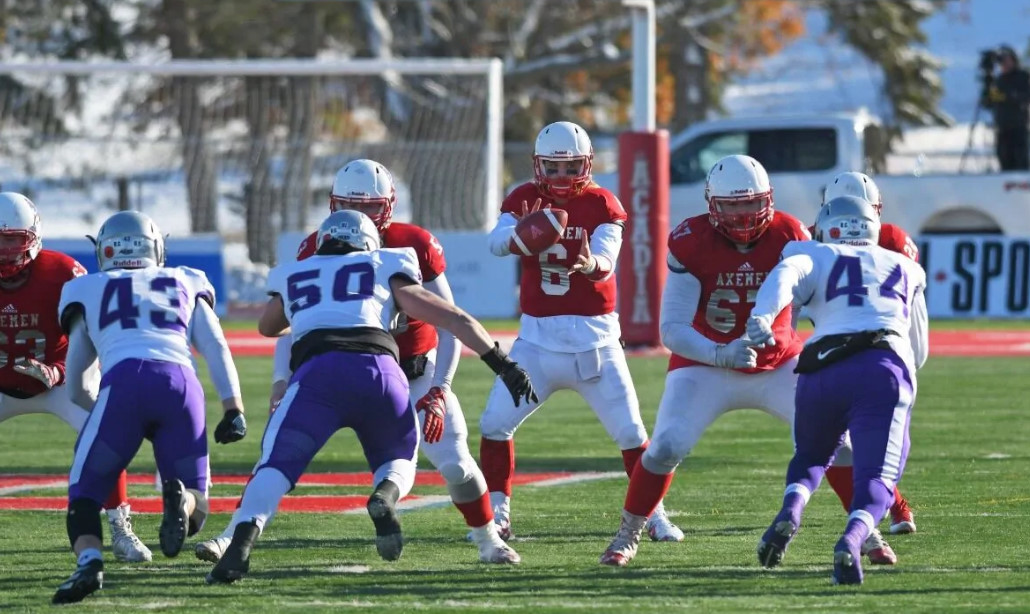 Atlantic University Sport (AUS) has announced the fall sports schedule has been cancelled due to ongoing concerns with the COVID-19 pandemic.

“It is with very heavy hearts that we make this announcement today,” said AUS executive director Phil Currie in a news release. “Our thoughts are with our student athletes, coaches and athletic department staff for whom this decision will have the biggest impact.”

The decision to suspend fall sports means there will be no winner of the Vanier Cup, the trophy that for the last 55 years has been given to the top team in Canadian college football.

The AUS decision is in line with other regional conferences making the same choice. U Sports, in their own announcement, said all national championship tournaments scheduled for the fall of 2020 will not be played.

A decision on sports that normally start late in the fall and continue through the winter months, including hockey, basketball and swimming, will be made in the fall.

“The AUS examined several scenarios for the fall term of the 2020-21 season, but with all of the unique challenges we face, including the decision by many institutions to move to predominantly online course delivery, none could be squared appropriately with public health requirements,” said Currie.

“As difficult and disappointing as this decision is, it is the most prudent and responsible one under the circumstances.”

If there is no national championship in a given sport, student athletes in that sport will not consume a year of eligibility. Universities will still be permitted to provide student athletes with athletic financial awards this season.

What happens to the schools hosting national championships is still being worked out. Acadia University and the University of Prince Edward Island were the hosts for the U Sports men’s and women’s hockey championships last March. The tournaments started, but were stopped after only one day of play due to developing coronavirus concerns.

The Cape Breton University women’s soccer team was supposed to host the nationals this fall.

“We’ve been preparing for that for quite a while now, both on the field and certainly our committee has been busy with it too,” said veteran coach Ness Timmons. “It’s really disappointing for our players but we hope that we can host it again in 2021. Hopefully U Sports will be in agreement with that.”

The AUS board of directors is composed of the presidents of each of its member universities and the decision was supported by all 11 AUS schools. The AUS conference spans four provinces, all in different stages of COVID-19 recovery and reopening, and is subject to the directives of four different provincial health authorities.

Athletic directors in all four provinces are still reeling from the decision.

“There’s nothing more special and vibrant on a Saturday morning than the whole community getting fired up to watch a football game at two o’clock,” said Kevin Dickie, Acadia’s executive director of athletics.

“It’s not going to be there this year, just like a lot of things in the world, we just have to do our part to hopefully see things around the corner in a positive way.”