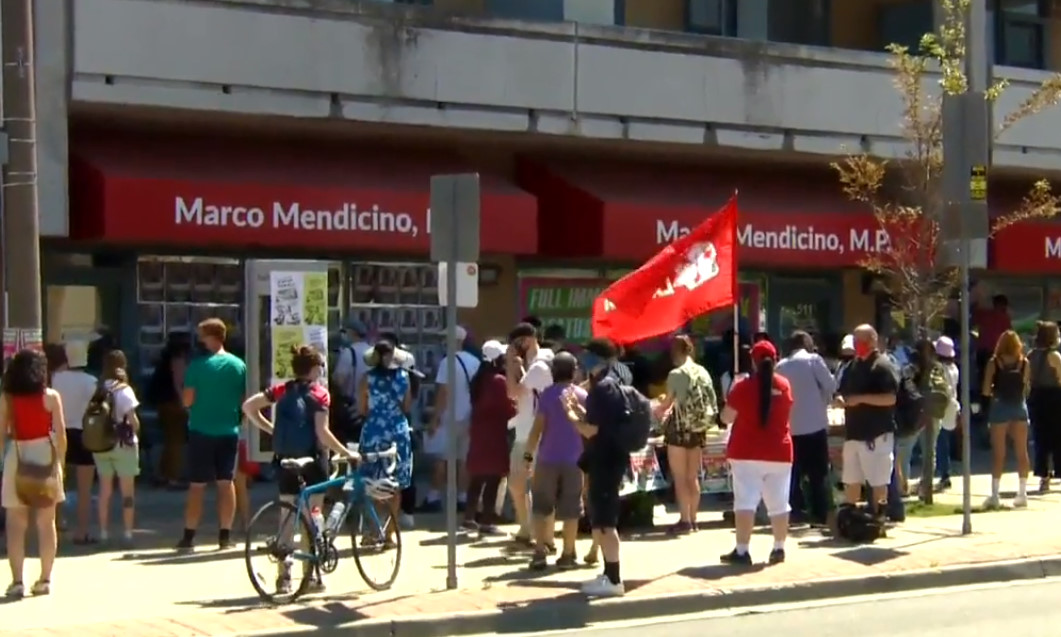 Migrant workers and other non-permanent residents — many of whom have been working on the front lines of the COVID-19 pandemic — took to the streets in cities across Canada on Saturday, calling on Ottawa to grant them greater rights and protections.

Temporary foreign farm labourers, care workers, international students and undocumented workers who have been working throughout the pandemic as “essential workers” say they are being left behind by the Canadian government.

“Our people are literally starving. People are dying, not even to grow food, but to grow flowers and grapes for wine. Domestic workers are trapped in homes by employers who won’t let them out because migrants are seen as carriers of disease,” said Syed Hussan, executive director of Migrant Workers Alliance for Change.

Many migrant workers have fallen ill and cannot access medical treatment, while others have not received wage top-ups offered to other essential workers.

Meanwhile, migrant or undocumented workers and asylum seekers who have lost employment due to the pandemic are ineligible for emergency income supports such as the Canadian Emergency Response Benefit, making them even more vulnerable.

It all stems from their non-permanent status in Canada.