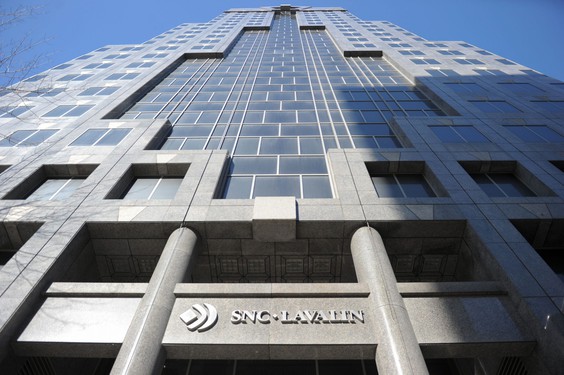 SNC-Lavalin, the company that landed Prime Minister Justin Trudeau in trouble with the ethics commissioner, has been awarded more than 100 government contracts since the controversy.
According to a database from Open Government, SNC-Lavalin received 142 government contracts with a combined worth of about $25 million between January 2019 and June 2020.

Aaron Wudrick, the federal director of the Canadian Taxpayers Federation, said he was shocked SNC-Lavalin was continuing to receive government contracts.

“I think from SNC-Lavalin’s standpoint these are not giant contracts,” said Wudrick. “They often deal with contracts that are much larger, so this is small potatoes for them. But I think a lot of Canadians would be surprised to know they are active in bidding after the seriousness of what happened last year.”

In August of last year, Mario Dion, the ethics commissioner, found Trudeau guilty of breaching ethic rules by trying to persuade his attorney general to give SNC-Lavalin a deferred prosecution agreement in relation to criminal charges it was facing.
Jody Wilson-Raybould was later moved from the justice and attorney general portfolio to veterans affairs. She quit shortly afterwards over the SNC-Lavalin scandal.
Trudeau then ejected Wilson-Raybould from the Liberal party caucus along with one of her supporters, former president of the Treasury Board Jane Philpott.
In December, SNC-Lavalin settled the criminal charges related to its business dealings in Libya. The engineering company pleaded guilty to one count of fraud.

The company’s plea deal included a $280 million fine paid over five years and a three-year probation order. It appeared to clear SNC-Lavalin from a ban on bidding for government contracts.

Of the contracts awarded to SNC since January last year, 125 were for services and 17 were for construction.

Public Services and Procurement Canada awarded 49 contracts to SNC-Lavalin in this period, the most of any department.

Five of the contracts were worth $1 million to $4.99 million. Sixty-six of them were valued between $25,000 to $99,000.
The government should be as transparent as possible so people can decide for themselves whether they’re getting good value for their money

The largest contract SNC-Lavalin received was $3.81 million from Public Services and Procurement Canada for other professional services not specified elsewhere. This contract started on Feb. 6, 2020, and the end date is Jan. 31, 2023.

The smallest contract was $10,113.50 from Fisheries and Oceans Canada for engineers to provide consultations on construction.

The most recent contract was $45,335 from Global Affairs Canada for architectural services. This project’s country of origin is Pakistan.
Robert Kreklewetz, a lawyer at Millar Kreklewetz LLP who assists in arranging government contracts, said he found it unbelievable SNC-Lavalin has been given multiple contracts.

“I think that when businesses seek to do business with the Government of Canada, and are found to breach ethical or legal rules in the procurement process, there ought to be consequences, and those consequences ought to include a prohibition from further business with the Government of Canada for some reasonable period,” said Kreklewetz. “That does not seem to have been the case here.”

Kreklewetz said there should be higher standards from governments when it comes to deciding what companies receive contracts.

Wudrick added, “The default should be transparency with taxpayers money.

“We don’t have a choice whether we pay taxes, we have to pay our taxes. And the tradeoff is the government should be as transparent as possible so people can decide for themselves whether they’re getting good value for their money.”