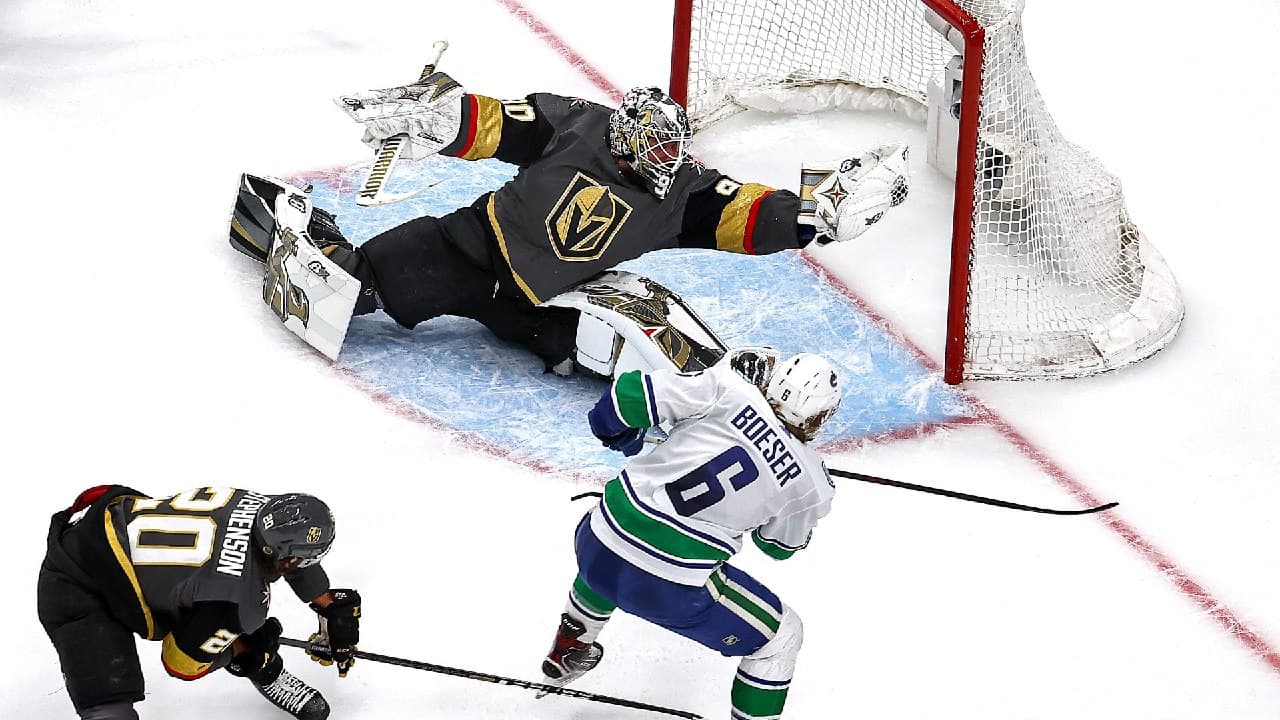 Game 7s were 2 for 2 on Friday night when it came to heart-thumping excitement.

The nightcap in Edmonton had the upstart Canucks facing the top-seeded Golden Knights in what ended up being a showcase of goaltenders. Vegas ended up breaking through against Vancouver netminder Thatcher Demko with under seven minutes to go in regulation on the power play, in what ended up being a 3-0 Golden Knights win.
Vancouver entered the game playing with house money after trailing 3-1 in the best-of-seven. Despite starting netminder Jacob Markstrom being deemed “unfit to play” for Games 5 and 6, the Canucks leveled the series as Demko came in and stole the show.

He made 42 saves in Game 5 to backstop the team to a 2-1 win and then posted a 48-save shutout in Game 6 to bring about Game 7. Until Shea Theodore got the first goal Friday, Demko had stopped the previous 98 shots.

Mark Stone’s reaction to Thatcher Demko is my reaction to everything in 2020. pic.twitter.com/zKdNWsCb3R

On the opposite end, Vegas netminder Robin Lehner posted his third shutout of the series as he stopped all 14 shots he faced, including six high-danger shots. As apparent by the low shot total, the Golden Knights dominated play; they posted a 67.24 Corsi For percentage, 63.64 percentage for Scoring Chances For and 16 high-danger shots (per Natural Stat Trick).

Golden Knights head coach Pete DeBoer is now a perfect 5-0 in Game 7s. He also led the team that beat his previous team, the Sharks, in a Game 7 last year.

Sporting News had all the action as the Golden Knights shut out the Canucks for a spot in the Western Conference finals against the Stars.

11:33 p.m. — Another ridiculous save by Demko to keep it a one-goal game as he stones Schmidt, who’s all alone in the slot.

11:25 p.m. — PP GOAL. Five seconds into the power play, Shea Theodore fires one from the point and it gets past Demko. Golden Knights lead 1-0.

11:23 p.m. — With 6:13 left in the third period, J.T. Miller gets called for hooking. On the same sequence, Quinn Hughes got shaken up by a stick from his teammate Chris Tanev; he does tell the trainer on the bench he’s OK.

11:07 p.m. — Not really sure how the Golden Knights didn’t score there but what a toe save by Demko in the middle of that sequence.
11:02 p.m. — Thatcher Demko comes up big as he stones Marchessault on the rebound on the Golden Knights’ 23rd shot of the game.

10:35 p.m. — After review, Reaves is given a five-minute match penalty and a game misconduct for a hit to the head. Reaves is shown going down the tunnel breaking his stick.

10:34 p.m. — Tyler Motte goes to carry the puck up from below his goal line and gets leveled by Ryan Reaves. Looks like he clipped him in the face and Reaves is assessed a major penalty, which is reviewed.

10:25 p.m. — Edler takes a minor for holding the stick. Vegas gets a chance with the man advantage.

"Paint me like one of your French goalies." #StanleyCup #Game7 pic.twitter.com/e9TV4xuAuL

10:20 p.m. — WOW. Just WOW. Canucks break out 2-on-1 and Robin Lehner just absolutely robs Boeser with the diving glove save.

10:18 p.m. — Halfway through regulation and the Canucks have three shots on goal — in the entire game. The Golden Knights have 15.

10:09 p.m. — Puck got caught in Stecher’s pants and it was entertaining because he couldn’t find it.

9:38 p.m. — Quick pause as one of the referees took a puck to the back of the helmet on a clearing attempt off the glass. He’s OK and stays in.

9:30 p.m. — Jake Virtanen gets a minor penalty and the Golden Knights head to the power play.
9:25 p.m. — Eleven minutes into the game and the Canucks have one shot on net.

9:13 p.m. — Mark Stone flies down the right wing but it’s Demko with the save off the shoulder. 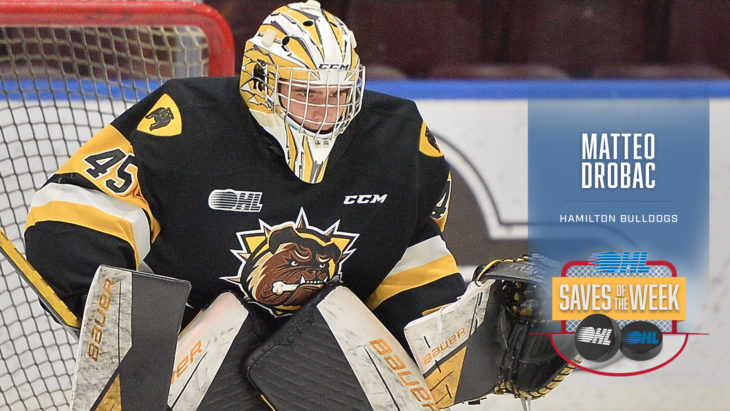 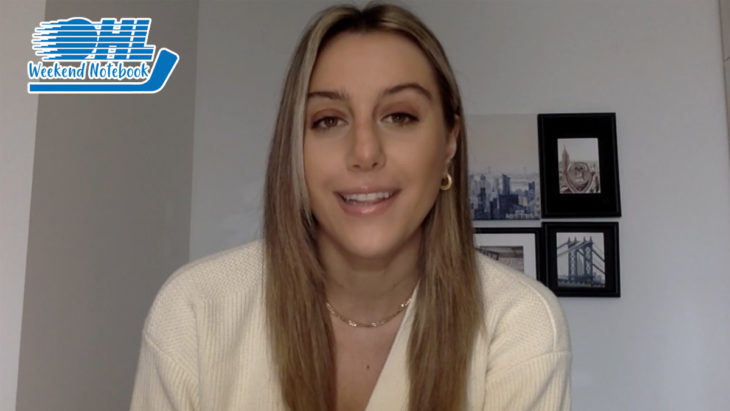 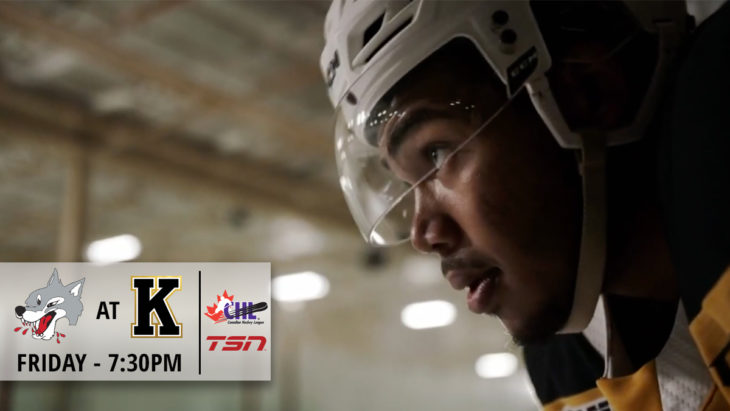