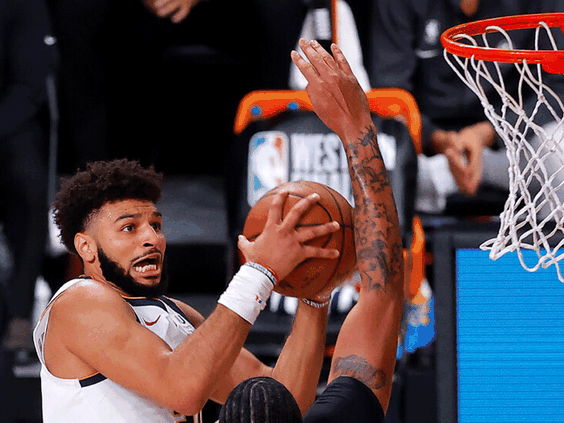 By Samuel Riches
Jamal Murray was unavailable for this story.
The kid from Kitchener — who has logged more minutes during this year’s National Basketball League playoffs than anyone else, who scored 50 points, then 42 points, then 50 points again in three straight games against a Utah Jazz team that features one of the league’s best defenders in Rudy Gobert, who led his Denver Nuggets back from 3-1 deficits twice, a feat never before accomplished in league history, who defeated Kawhi Leonard and the Los Angeles Clippers, a title favourite entering the playoffs, and then took on the LeBron James-led Los Angeles Lakers, earning praise from the King himself, and did almost all of it while battling injuries inside the NBA’s Florida-based bubble as racial injustice and a global pandemic dominated the backdrop — is taking a well-deserved break from media requests.

For 81 days inside the NBA bubble, the world got to know Jamal Murray — the three-pointers from impossible distances, the laser-focused passes from impossible angles, the relentless drives to the basket, including one galloping layup that was dubbed “The Kitchener Shuffle” during the U.S. national broadcast.
The way Murray plays — like it’s a game of H-O-R-S-E in an empty gym even as an all-world defender bears down on him — is entirely his own and so too was his journey to the NBA.

“I think he’s done a great job of paving a new path,” says Brampton’s Keshaun Saunders, 21, who played high school basketball alongside Murray at Orangeville’s Athlete Institute and is now a starting guard at the University of Toledo.

“He’s set a great example for our country and he’s motivated other players, just letting them know that they can be another Jamal Murray and be successful at the next level the same way he has.”

Murray could have gone south for high school, could have followed the path of Canadian NBA vets like Cory Joseph, or Tristan Thompson, or Andrew Wiggins, but instead he chose to eschew the big U.S. schools to train and develop and learn in Orangeville, Ontario, where his jersey is now retired and his portrait hangs next to the court.

The roster in Orangeville during Murray’s tenure was stacked, with multiple players from that era reaching the NBA, including Kyle Alexander, who is currently competing for the NBA championship as a member of the Miami Heat.

Situated about an hour north of Toronto, surrounded by open farm fields and rolling hills, the Athlete Institute is a unique place in the Canadian basketball landscape. Jesse Tipping is the president of the institute, which was founded in 2010, and financed by the wealth his family made in the trucking industry. According to a staff bio of Jesse, it was the dream of his father, James, to build the best basketball training facility in the country.

In that regard, they have succeeded.

“I think that first team right there was part of the beginning of the wave of being able to stay in Ontario, while also having the opportunity to play down south against other high-profile schools,” Saunders says.
In Orangeville, the players began their days with a morning practice, before being bussed off to classes at Orangeville District Secondary School, only to return to practice in the afternoons, followed by weight training in the evening. And while the Athlete Institute now has residences, at that time, Murray and his teammates stayed at a local motel. Schitt’s Creek fans will know it as the Rosebud.
“I’m actually in the process of putting it up for sale. It’ll be up for sale next month,” Tipping recently told the Orangeville Banner. He purchased the building in 2011, as an interim housing solution for the institute’s recruits and for Murray and Saunders, the motel was their home while they chased their basketball ambitions.

“We treated it like a dorm,” Saunders says. “And off the court, it was like a brotherhood. It was pretty close to the college lifestyle that I live now.”

Away from the court, Saunders says Murray is a joker, “a really silly guy,” but his ability to focus and hone in when the moment calls for it is something that has always separated him from his peers.

“What distinguishes him is his mind,” says Tariq Sbiet, CEO of North Pole Hoops, a Canadian scouting service that first identified Murray when he was playing at Kitchener’s Grand River Collegiate Institute. “It’s not his physicals, it’s not his size and length and freakish athleticism, it’s what he’s able to manifest with his mind and how he’s able to channel his energy in the right spot.”
And just as his path to the NBA has been unconventional, so too is his approach to the game. Murray stayed off social media until his last year of high school and could routinely be found in the corner of the gym in Orangeville, sitting on the floor with his eyes closed, meditating.

“He would meditate in the morning and meditate regularly throughout the day,” Sbiet says, noting that Murray’s father, Roger, helped instill that focus into his training. But the purpose wasn’t just to calm his mind.
“He would visualize the ball going through the hoop and visualize himself being out there,” Sbiet says. “All the crazy shots he hits, people call them circus shots, but those aren’t circus shots, those aren’t by accident, those have been visualized. He sees them in his mind before he executes them.”

It’s hard to argue with the results. Murray, who will turn 24 in February, was chosen 7th overall in the 2016 NBA draft after one year at Kentucky, and signed a five-year, $170-million max contract extension with the Nuggets last season. He has already established himself as the best Canadian player in the NBA, but his rise is far from over.
Sbiet brings up a slew of great players — Kobe Bryant, Michael Jordan, Damian Lillard. “These are guys who get in the zone and it’s a different level of operation. It’s instinctual. It’s not overthinking and that’s what Jamal is; he’s an instinctual player.”

Mike Meeks, who works in player development at Canada Basketball, first saw Murray play when he was 16. At that age, Meeks says, a lot of players look like good prospects, but he knew something about Murray was different.

“He had that thing where you just knew when he stepped into a gym he was super-confident without being overly confident,” he says. “He was mature beyond his years.”
Meeks, who played alongside Steve Nash during Team Canada’s run at the 2000 Australia Olympics, says the talent in the national system now is unprecedented. Murray is at the center of the pack.

And though Murray, like Nash, is a guard, they are very different players. Nash was linear and highly specific while Murray plays to his own chaotic rhythm.
Meeks brings up Murray’s swooping, scooping Jordan-esque layup in Game 4 of the Lakers series as an example.

“You can’t design a drill to do that. And if you do, you’re kind of wasting your time a little bit. But that comes from having a strong foundation, a strong base. Then you can put these building blocks together. Like, he has the code. Steve Nash is one of those guys as well. He had the code. He doesn’t look extremely fast or athletic but he will dunk on you if you’re not concentrating. And if you leave him open, he’s going to drain threes all day.”

What’s exciting about it, Meeks says, is he doesn’t know where the ceiling is for Murray.

“His pockets are bottomless. He just keeps reaching down and finding the ability to compete and pull out performances where you’re like, ‘Holy smokes, what is the pinnacle for this young man?’”

Dave DeAveiro, the head coach of the men’s basketball team at Ryerson University, coached Murray when he was with Canada’s U16 team. Part of his job, he says, was to get out of the way.

“He’s just built differently. He’s not afraid of the moment.”
When Murray was preparing to enter the NBA draft, DeAveiro took calls from interested NBA teams. He says the word he used to describe Murray’s abilities during those calls was “assassin.”

“He has that Kobe mentality, that Mamba mentality,” he explains. “He’s just wired differently.”
DeAveiro’s son is currently enrolled at the Athlete Institute in Orangeville and DeAveiro says he’s reminded often of the influence and legacy that Murray has already built, not just in Orangeville, but across the country.

“He’s going to have an impact on Canadian basketball the way that Nash had. I think he’s passing the torch to Jamal right now and Jamal is embracing that,” he says.

DeAveiro says his son, a highly ranked prospect in his own right, was recently interviewed by a U.S. outlet and was asked if he watches Murray for inspiration. He didn’t hesitate to say yes.

“He inspires young guys to live out their dreams of making it to the NBA, whereas before that was all Nash, Nash was the guy, or some people say Vince Carter because he was playing in Toronto, but now it’s Jamal. Jamal has made his mark for every young Canadian,” DeAveiro says.

“If you didn’t know Jamal before the playoffs, you know who Jamal is now.” 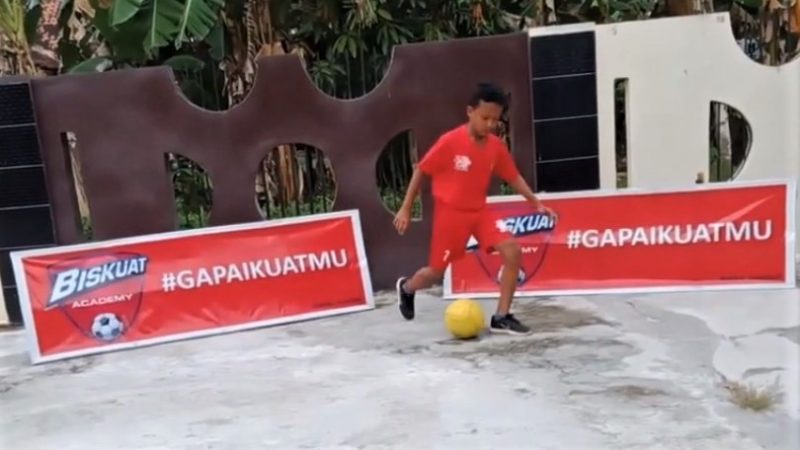 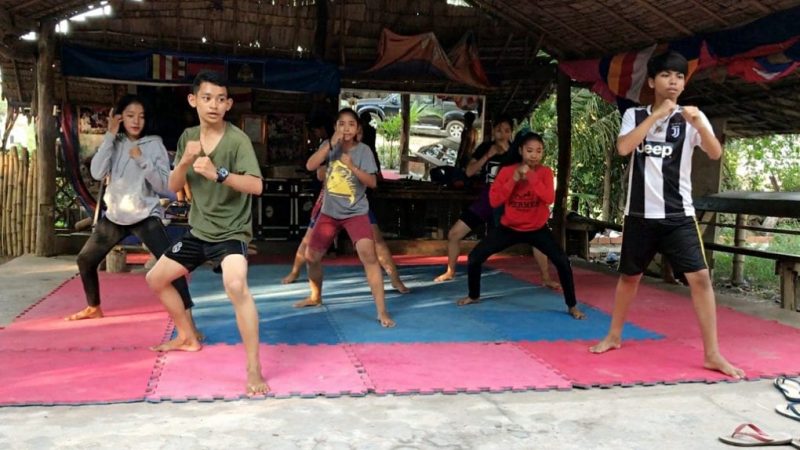 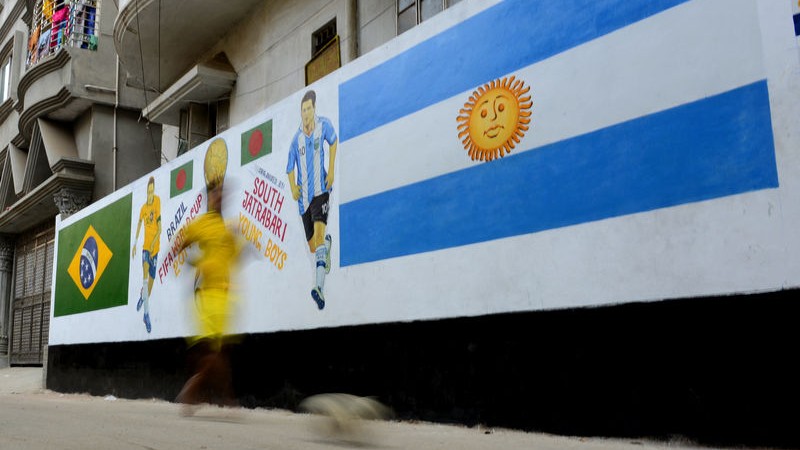