London and Middlesex saw 39 new coronavirus cases along with 16 recoveries on Sunday, according to the Middlesex-London Health Unit (MLHU).

There are now a total of 1,821 COVID-19 cases, 1,463 recoveries and 76 death in the region. The death toll remains unchanged from Saturday, which ended a six-day streak of the region recording at least one COVID-19-related death each day.

At least 282 cases remain active as of Sunday.

This comes as the region prepares to shift to the orange-restrict level of Ontario’s colour-coded COVID-19 Response Framework starting Monday.

The region has been in the less-restrictive yellow-protect level since Nov. 16, but a recent surge in cases, driven in part by a large and deadly outbreak at University Hospital, has led to London-Middlesex pushing past the orange-restrict threshold.

The MLHU confirmed that nine of Sunday’s 39 new cases are linked to the outbreak, which has seen a total of 141 cases and 13 deaths.

In terms of location, 36 of Sunday’s new cases are from London, one is from Strathroy-Caradoc, one is from Middlesex Centre and one is currently pending.

At least 219 cases have been added to the health unit’s dashboard since Monday, more than were reported during each of the months of May, June, July, August and September.

Starting Monday when London and Middlesex moves to the orange tier, increased restrictions for restaurants, bars, sports and recreational fitness facilities, meeting and event spaces, retail and other businesses will come into effect.

For example, under orange-restrict, food and drink establishments can seat a maximum of 50 people indoors, with a limit of four seated together, down from six.

Further details on what restrictions a move to orange-restrict brings can be found in the framework document.

According to the health unit, 1,692 cases have been reported in London since the pandemic began, while 39 have been in Strathroy-Caradoc, 37 in Middlesex Centre and 31 in Thames Centre.

London Health Sciences Centre (LHSC) reported Friday that 49 patients with COVID-19 were in its care.

In addition, six patients were in critical care/intensive care, the organization said.

Meanwhile, current infections among staff remain at 45, according to LHSC. A large percentage is connected to the outbreak at University Hospital.

This is currently the largest number of COVID-19 inpatients in the care of LHSC at any given time during the pandemic.

St. Joseph’s Health Care London reported that no COVID-19 patients were in its care as of Sunday.

The organization said three staff cases had been reported since Nov. 4.

According to the health unit, at least 200 people have been admitted to the hospital due to the coronavirus during the pandemic, including 41 who have needed intensive care.

A large and deadly outbreak at University Hospital remains active.

The health unit has also determined the outbreak has been tied to “dozens of cases” in the broader community.

The outbreak first originated in 4IP General Medicine on Nov. 10 and has grown to encompass a total of eight units at the hospital. It’s the largest outbreak to be reported in the region, by far.

Since March, the region has seen at least 56 institutional outbreaks in London and Middlesex, including at least 40 at local seniors’ facilities.

Two additional impacted units were announced on Dec. 5. The affected units are 6th Floor Cardiac Offices and U-5 Cardiology.

The hospital was also the scene of a separate, smaller outbreak in 9IP Orthopedics that was declared Nov. 11. That outbreak, linked to six cases, is no longer active.

To combat the spread of the virus, LHSC has enacted several significant measures, including postponing all non-urgent and non-emergent surgeries at the hospital and reducing ambulatory or outpatient activity to only urgent and emergent appointments, procedures and diagnostic services.

In addition, both University and Victoria hospitals are now testing all patients admitted for COVID-19, and are limiting the movement of staff and physicians between units and hospitals.

Speaking to the media on Friday, LHSC CEO Dr. Paul Woods said an internal investigation had found no evidence that rumoured potlucks had been held at the hospital by staff.

“We have thoroughly investigated this claim, and there was no potluck contributed to the outbreaks at University Hospital,” he said. “That being said, we agree with the health unit findings that there were breaches in PPE use during breaks and physical distancing was not always maintained.”

“I want to emphasize that I’m not assigning blame. Our staff and physicians have been vigilant and dedicated in their provision of safe patient care since day one of this pandemic. But we are human, we are fallible and we are tired. While regrettable, I can say with certainty there was never a breach intended to cause harm.”

LHSC, he said, continues to work with the health unit to implement the measures announced last week to curb further transmission of the virus.

The number of school cases in London and Middlesex grew by one Sunday after the Thames Valley District School Board reported a new case at C. C. Carrothers Public School.

It’s unclear whether the case involves a staff or student. The school remains open and buses are continuing to operate.

The case is among at least 15 active school cases in the region. Elsewhere:

Since the start of the school year, the London and Middlesex region has recorded at least 58 school-linked cases.

Recent resolved school cases by date they were reported on:

At least 8,055 people were tested for the coronavirus during the week of Nov. 22, according to new testing figures issued by the health unit.

The tally was slightly higher than the 7,624 reported the week prior.

The region’s test per cent positivity rate stood at 1.6 per cent as of the week of Nov. 22, up from 1.3 per cent the week before.

Both of the city’s assessment centres, Carling Heights and Oakridge Arena, are continuing to operate by appointment only. Appointment testing for certain asymptomatic people is also continuing at eight local pharmacies.

Carling Heights reported a five-day average of 381 visits from Nov. 23 to 27, compared to 318 at Oakridge Arena.

Ontario reported 1,924 new cases on Sunday, bringing the total number of cases in the province to 127,309.

It marks the largest single-day increase in cases to date in the province, beating the previous record set Saturday at 1,859.

This brings the region’s total case tally to 631, of which 530 people have recovered.

Eight deaths have been reported in the region since the pandemic began, including two just this week. Friday’s death involved a man in his 80s, according to the health unit.

Previously, the health unit reported a death on Wednesday involving a man in his 40s, who was later identified by media reports as 44-year-old Martin Haalstra of Belmont, Ont.

No people were hospitalized as of Thursday, the health unit said. At least 29 have been admitted to hospital due to the virus since the pandemic began, including 14 who have needed intensive care.

The region will remain in the orange-restrict tier of the province’s framework into next week.

The number of school cases has risen by one after the Thames Valley District School board reported a case at Glendale High School in Tillsonburg Friday.

Few details are known, including whether the case involves a staff member or student. The school remains open and buses continue to operate.

Elsewhere, a case reported Nov. 23 at Laurie Hawkins Public School involving one staff member has since resolved, the school board said.

At least six cases are active at schools in the region.

In addition to the case at Glendale High School, cases are also active at:

The region has seen at least 17 school cases reported since the start of September.

The outbreak at Woodingford Lodge in Woodstock was declared over on Sunday. The outbreak declared on Nov. 24, was tied to one staff case.

It’s among at least 11 institutional outbreaks that have been declared during the pandemic at nine facilities. In total, the outbreaks are linked to at least 21 cases, with all but four involving staff.

Woodstock has seen the largest number of cases overall at 134.

Four other municipalities have recorded case totals under 10.

The region’s total case count stands at 377, of which 313 people have recovered. Eighteen deaths have also been reported, most recently on Nov. 28 involving a resident of Cedarcroft Place.

The region is in the orange-restrict tier of the province’s colour-coded framework where it will remain into next week.

An outbreak was declared in the medicine unit of Stratford General Hospital after two staff members tested positive within the past 14 days.

The news was announced late Thursday by the Huron Perth Healthcare Alliance (HPHA). No patients have acquired the virus while in hospital, HPHA said.

An outbreak at Spruce Lodge long-term care home in Stratford has been declared over as of Friday. The outbreak declared on Nov. 27 involved one staff member.

The outbreak declared at Cedarcroft on Oct. 27 has been tied to at least 50 resident cases — of whom 11 have since died — and 24 staff cases.

Three new resident cases and one new staff case were reported on Saturday.

The number of active cases at St. Mary’s Catholic School in North Perth continues to rise.

The Huron-Perth Catholic District School Board reported a new case at the school late Thursday, the fifth to be seen at the school since Nov. 30. 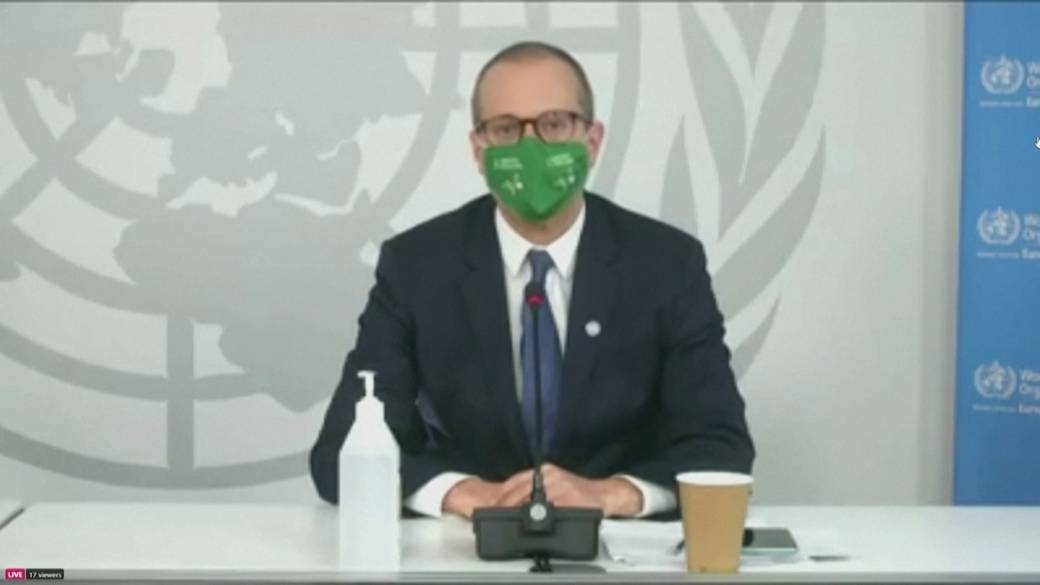 1:23Coronavirus: Promise of COVID vaccines is ‘phenomenal,’ WHO says

Coronavirus: Promise of COVID vaccines is ‘phenomenal,’ WHO says

The cases have led to a school outbreak declaration. Four classes have been closed as a result of the five cases. The school itself remains open.

At least three cases there involve students, while one involves a staff member.

At least 17 school cases have been reported in the region since the start of the school year and at least 10 are currently active.

One case is also active, involving an employee of the Avon Maitland District School Board, according to officials.

Officials with Lambton Public Health reported one new case and one new recovery on Sunday.

The region’s total case count now stands at 427, of which 380 people have recovered. Twenty-five deaths have also been reported during the pandemic, most recently in early June.

As of Sunday, at least 22 cases are active in the county. The locations of them have not been released by the health unit.

Bluewater Health reported Sunday that no COVID-19 patients were in its care. The health unit says at least 61 people have been admitted to the hospital due to the virus.

The region is in the yellow-protect tier of the province’s restrictions framework where it will remain into next week.

The detailed information below is as of Friday because Lambton Public Health has not updated that information as of Sunday morning.

Two cases remain active at Northern Collegiate Institute and Vocational School in Sarnia, both involving students, according to the province.

The cases are the third and fourth to be seen at the school after two student cases were reported in October.

No other school cases are active in Lambton.

At least 10 school cases have been reported in the county, all involving students.

There has also been no change in regards to institutional outbreaks. A total of 13 have been declared since March — 10 at seniors’ facilities, two at workplaces and one at Bluewater Health — linked to 115 cases and 16 deaths.

Two outbreaks earlier in the pandemic at Landmark Village and Vision Nursing Home, both in Sarnia, are linked to a vast majority of those cases, and all 16 deaths.

–With Files from Matthew Trevithick, Ryan Rocca and Sawyer Bogdan