How’s this for a pandemic performance: a Vancouver singer recently gave a live concert at a downtown supper club to an estimated 4,000 fans. Don’t be alarmed — it was a COVID-safe show at a time when stages across much of the country are off-limits.

So, what’s the catch?

Vancouver singer Jill Barber, who admits she used to be “afraid of tech,” performed in front of a massive green-screen, her band wearing motion capture monitors. At the back of the room, a team of technicians huddled over their computers and streamed the show to an online audience.

Using animation technology usually associated with video games and motion pictures, Barber was transported from a sterile suburban studio into a once-legendary Vancouver supper club, The Palomar, torn down more than 60 years ago.

Barber, who performs a range of genres including jazz, said she was enchanted by the history of The Palomar, which she discovered in the book Vancouver After Dark.

“It was a legendary hotspot in the ’30s and ’40s, where artists like Ella Fitzgerald, Billie Holiday and Nat King Cole played. I got pulled into the nostalgia, the spirit of the place.”

So when film production company Shocap Entertainment pitched Barber on the idea of doing a live concert in a virtual setting, she pitched them on The Palomar.

They set out on an ambitious project: a mind-bending combination of a live performance in a venue that no longer exists, while quite possibly providing a model for future concerts in a COVID-19 world.

“I found the idea compelling,” Barber said. “In these times when we are housebound, we can’t go out on a night on the town, how cool to create the atmosphere of a bustling, busy nightclub and beam it into homes.”

Recreating that nightclub required some archival research and a little artistic licence.

Creative director Athomas Goldberg said his team pieced together the few pictures they had of the original Palomar, including “some souvenir photos, sort of early selfies where a photographer would take a picture and at the end of the night bring you the photo.”

It was a big project. Shocap says it took a cast and crew of about 50 people six weeks to pull it off.

The costs were covered, in part, by grants from the Canadian Media Fund, Creative BC and Epic MegaGrants. An investment, perhaps, in future concerts. Shocap says it is creating “software tools to make this more accessible, especially for Canadian artists.”

On a Friday night at 6 p.m. Pacific time, Barber took to the stage. As fans watched on their screens, they saw her singing live, her band transformed into ghostly images from decades ago. In the background, small, authentic details: liquor bottles, menus and posters on the wall of some of the acts that played The Palomar. 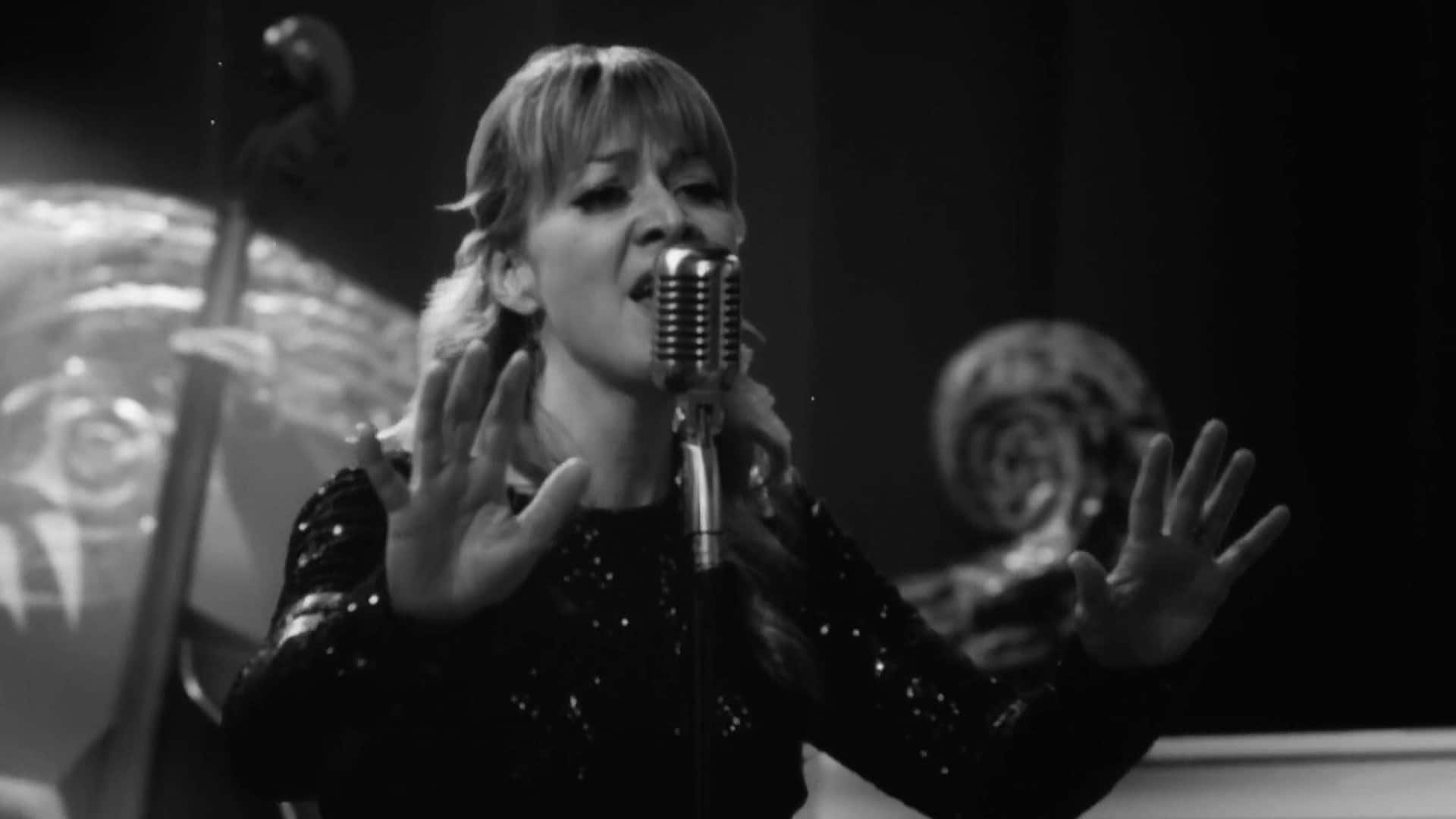 While computer-generated animation is a staple of movie making, Goldberg says combining it with a live performance adds an extra dimension.

“It’s an untapped opportunity for this kind of technology to reconstruct places and eras that no longer exist, and do it in a way that makes it accessible to a contemporary audience,” he said.

“Once you make it live, it’s no longer a documentary. It becomes this living thing, and you’re transporting the audience to that place rather than them watching an archive of it.”

Barber is quick to say she was skeptical of turning to technology during the pandemic. She started small this summer, with a couple of concerts streamed on Zoom. She sat down in her living room with her guitar, a few hundred fans watching and sometimes interacting.

Four months later, she was playing The Palomar and loving it.

In the end, Barber says, this wasn’t an attempt to replace performing in person, but instead to create something entirely new.

“In these times when so many events are forced to happen online, I was pleased to be part of an event that was meant to be online. It was truly the result of collaboration and coming together to do something creative, fun and cool and connected for our audience.

“I think we’ve been missing a sense of magic. This had magic, nostalgia, stepping back in time and leaping forward at the same time.”

Barber says she’s taking another time-travelling trip into XR, or extended reality. The decade, Canadian city, and genre of music are all a secret for now. But the date for her next concert couldn’t be more traditional: Valentine’s Day. 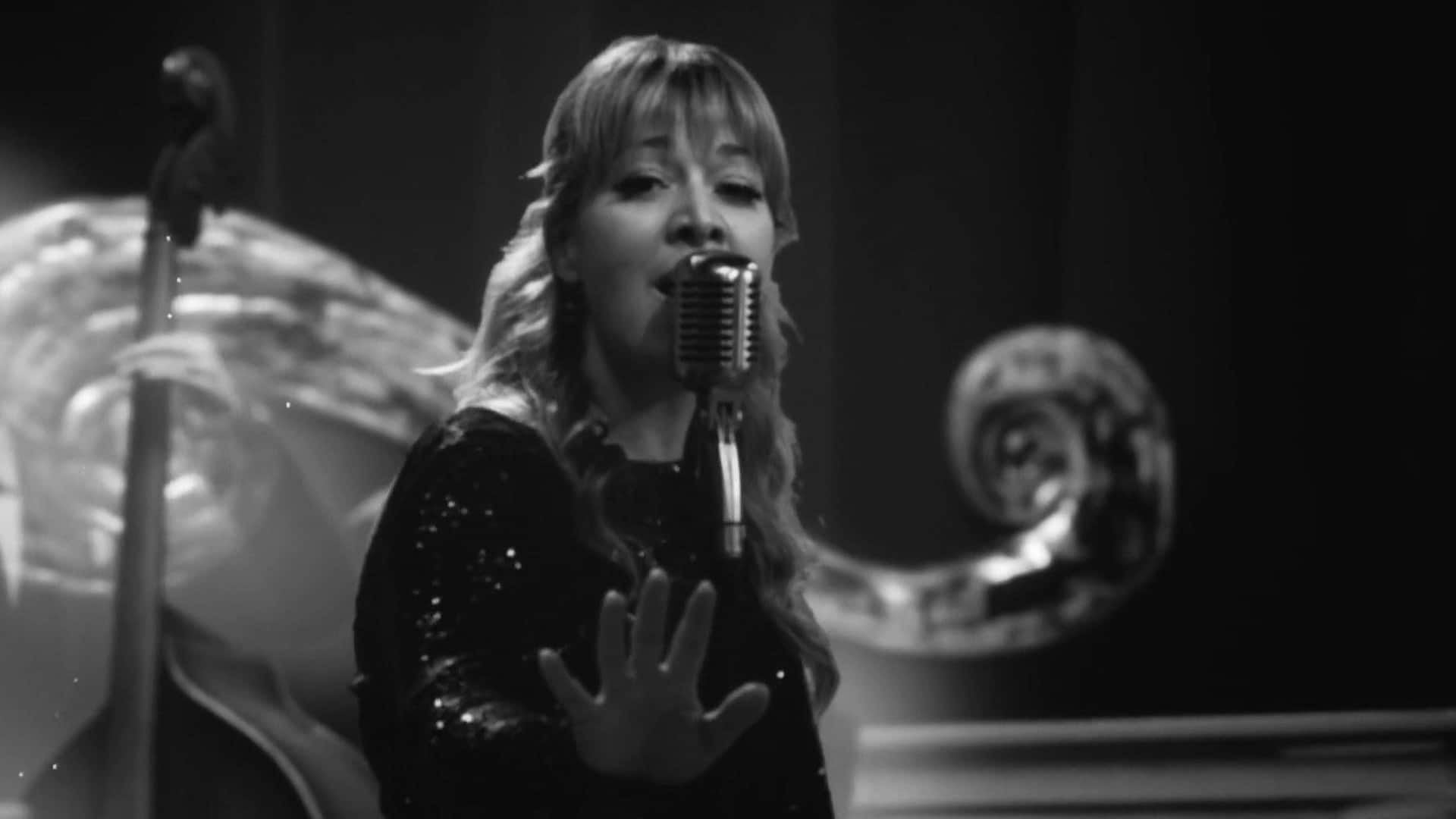 Jill Barber sings ‘Leaving You,’ the finale of her livestreamed concert which was set in a virtual-reality replica of the legendary Palomar nightclub. 5:02