The London and Middlesex region has shifted into the orange-restrict level of Ontario’s colour-coded COVID-19 Response Framework, but local bar owners aren’t happy.

The move to orange increased restrictions for restaurants and bars. They must close at 10 p.m. (compared to midnight under yellow-protect) and can only serve alcohol between 9 a.m. and 9 p.m., compared to 9 a.m. to 11 p.m.

Tom Sada, the owner of Chuck’s Roadhouse Bar & Grill, says the shift will greatly hurt all five of his restaurants in London, since many patrons come after 9 p.m.

Starting Monday, December 7, London and Middlesex County are moving to the Orange/Restrict level of Ontario’s COVID-19 Response Framework. This means additional restrictions will be in place for various workplaces and settings. #LdnOnt #Middlesex /1

Carem Deeb, the owner of Bernie’s Bar & Grill, shares the same concern. He recalled last Sunday night when the restaurant had a slow dinner service, but got a small rush of people around 9 p.m. for the football game.

“A lot of places survive with sports. Football games start at 8:30 p.m. on Monday nights, so (we have to) close before the game even ends,” Deeb said.

“Friday and Saturday night, we get a little rush again, so we’re going to lose out on a lot of money.”

The province made the announcement Friday afternoon that the Middlesex-London Health Unit (MLHU) would move to the orange-restrict level on Monday, exactly three weeks after moving to the yellow-protect tier.

A recent surge in cases, driven in part by a large and deadly outbreak at University Hospital, has led the region to push past the orange-restrict threshold. As of Sunday, the outbreak has been linked to 141 cases and 13 deaths.

The move to the orange-tier had local bar owners, such as Sada and Deeb, questioning why their businesses are impacted, despite their lack of connection to the University Hospital outbreak.

“We’re constantly cleaning, we keep people six feet apart and (we) spent thousands of dollars on plexiglass,” Deeb said. “So we really don’t see the point of closing (two hours) earlier; it makes it harder (for us).”

“All it does is hurt us and limit us.”

Another bar owner, Billy Thomson, says his bar, The Scot’s Corner, has lost at least $250,000 in sales from March until June.

“(But) my bills are the same, my insurance is the same, property taxes are the same, everything is. Yet my money is halved; 50 per cent has dropped,” he said. “That’s a lot of money.”

All three bar owners expressed frustration that the increased restrictions limit their business, even though larger grocery stores and shopping centres are still permitted to operate similarly as when the region was in the yellow-tier.

“I don’t think it’s fair for one part of our society to cast blame on the other. This is happening in many places, and something where we all need to pull up our boots and get on with acting more safely.”

But Sada still feels as if bars are being punished even though he says they provide a safer place for people to gather.

“It’s safer to go to a restaurant because we supervise them. We tell people, ‘you have no choice but to comply with all the rules.’ … But now, where are people going to go after 9 p.m.? They’re probably going to go home and who’s going to supervise (them)?”

London Mayor Ed Holder shared the same thought. He said during Thursday’s MLHU briefing that “the nice thing about restaurants and bars is … there’s people watching, whereas the challenge in home gatherings is that there’s no ‘sheriff.’”

He also noted he recognized the potential economic impact this may have. 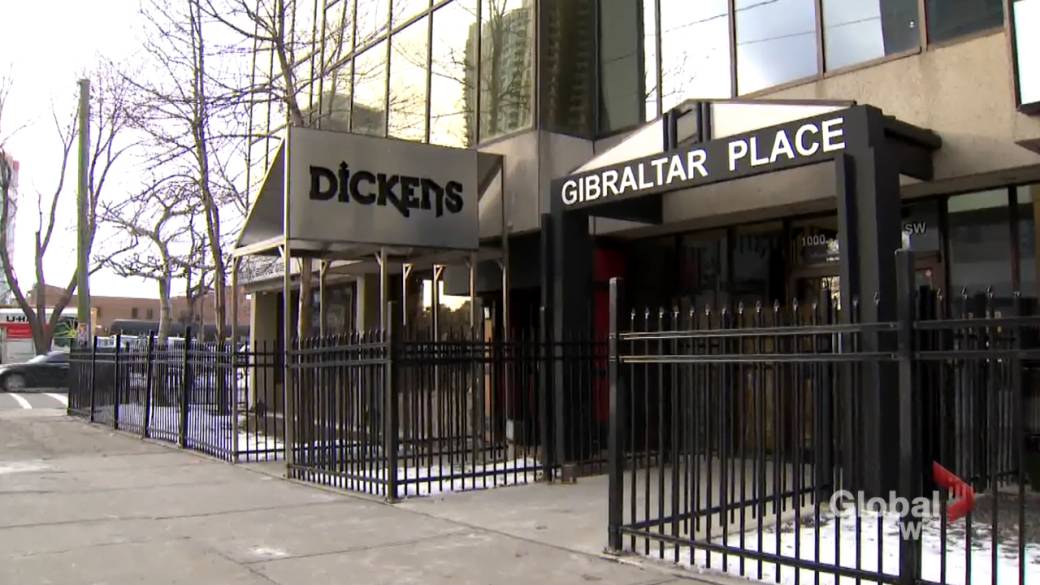 In addition to the new restrictions, restaurants can still seat a maximum of 50 people indoors, but with a limit of four seated together, down from six.

Deeb and Thomson both said they spent the weekend moving tables and chairs around to accommodate the restriction.

Thomson also rearranged staff schedules, saying the restrictions will hurt bartenders and servers the most because their hours are cut.

“I don’t know why they keep picking on bars and restaurants.”

As for Sada, he says that he’s concerned the region may move into the red-tier soon if case numbers continue to climb, and that he’s unsure of what to do if and when that happens.

“We’ll try (staying) open, but if it doesn’t work and it’s not worth our time, then we have to shut the doors.”

According to the province, a region’s position in Ontario’s COVID-19 Response Framework is assessed weekly. Factors such as the weekly incidence rate, repeated outbreaks, hospital and ICU capacity and the level of community transmission are considered.

Full details for measures in effect under the orange-tier can be found on the province’s website.

— With files from 980 CFPL’s Jacquelyn LeBel