Coronavirus: How the move to ‘orange’ is impacting these London, Ont., businesses – London

Coronavirus: How the move to ‘orange’ is impacting these London, Ont., businesses – London

While the recent move to the orange-restrict level of Ontario’s COVID-19 framework did not provide any major changes for gyms and retailers in London, a pair of local businesses are concerned about what may be just beyond the horizon.

The move came into place on Monday, exactly three weeks after London and Middlesex County were placed into the less restrictive yellow-protect tier.

It comes amid a surge in new cases locally, along with a growing outbreak at University Hospital that has left more than 100 people infected and more than 10 others dead.

“It’s basically only been a few minor tweaks for us,” said Alec Pinchin, the president of Fitness Forum.

Pinchin says the south London gym was given a head start on catching up to the protocols contained in the orange-restrict tier thanks to a Section 22 order from the Middlesex-London Health Unit (MLHU).

Announced in October, that order enacted many of the restrictions found in the colour-coded provincial framework, prompting the MLHU to drop a number of those restrictions once the region was brought into yellow-protect.

“Twenty-eight days of this is fine. The concern, obviously, with us, and I’m sure all the other businesses in the city, would be a move to red,” Pinchin said, adding that such a move would be “catastrophic” for his gym.

“We would be closed. They would limit us to having 10 people in the city, we’re running a 40,000 sq. ft. facility that could easily accommodate 100 people at a time and there would just be no economic sense in doing that.”

Lisa Ferguson is the owner of Hangar9, a multi-brand retail destination with stores in London and Toronto.

Ferguson says the move into the less-restrictive yellow-protect tier left an impact on her clientele, and she expects orange-restrict will do the same.

“People are leery, people don’t know what to do… they’re scared, almost, to leave their home,” Ferguson said.

“We just had a customer in, actually, who we talked to on the phone. We made her feel at ease that she could come in. She literally just left the store and she said, ‘you know what? I was honestly scared to come in,’ and she said, ‘I’m so happy that I did because I had the best day I’ve had in months’.”

Ferguson worries the fear associated with moving into different tiers of Ontario’s COVID-19 framework is also pushing customers away from small business.

“People are leery of coming in, but they’re not leery of going to Costco,” Ferguson said.

“I’ll get maybe five customers in all day, (whereas) they’re lined up, not social distancing at Costco, and yet that seems to be okay.”

While small businesses may be bearing the brunt of COVID-19 restrictions, new research suggests the public is hoping they’ll make it through.

Polling data gathered on behalf of the Canadian Federation of Independent Business (CFIB) suggests the overwhelming majority of Canadians want small and local retailers to stay open while serving a limited amount of customers.

In a statement attached to the new research, CFIB President Dan Kelly shared Ferguson’s views about restrictions driving customers away from small business.

“To date, no other province has implemented Ontario’s bizarre rule to shut tight small retailers who may have a few in-store customers per day while allowing lines to grow at big box stores selling similar goods,” Kelly said.

Other data gathered on behalf of CFIB suggests more than two-thirds of Canadians “feel safer shopping at a small local business with reduced capacity, than at a busy ‘big box’ store such as Costco/Walmart.”

The data is pulled from an online tracking survey that consisted of 1,510 Canadian adults. It contained a margin of error of +/- 2.5%, nineteen times out of twenty, according to Maru Reports, the company responsible for the research. 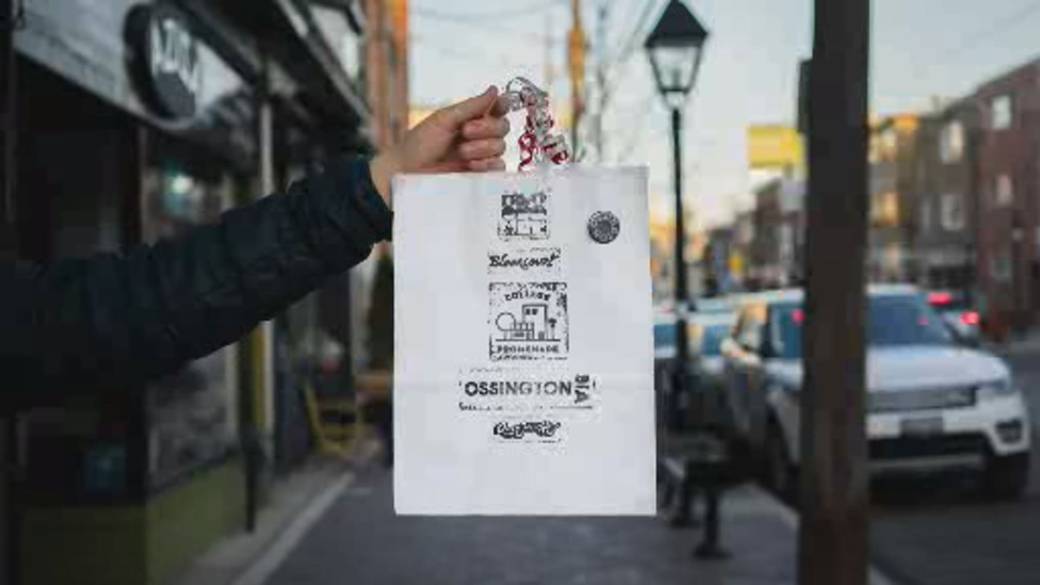