Alberta prepared to ban dangerous offenders from changing their names 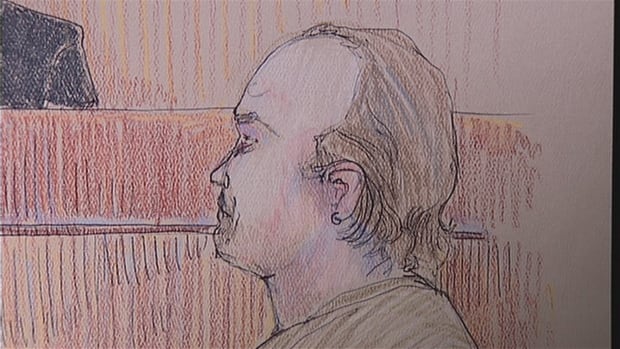 Alberta prepared to ban dangerous offenders from changing their names

The Alberta cabinet minister in charge of Vital Statistics vows to bring in legislation making it impossible for dangerous offenders like Leo Teskey to legally change their name.

Last week, CBC News published a story about Teskey’s plans to change his name and his application to prevent the public from knowing about it.

The application was denied by Court of Queen’s Bench, but the story caught the attention of the provincial government.

Teskey was designated a dangerous offender in 2010 after his 2000 attack on Edmonton landlord Dougald Miller. He beat Miller into a vegetative state.

Teskey has a long and violent criminal history. He was convicted of shooting a city police officer in the back of the head in 1988, and of assaulting a two-year-old boy in 1994. As a dangerous offender, he’s currently serving an indeterminate sentence, but reviews are granted every two years and Teskey was entitled to appear before the parole board in 2020.

At last week’s hearing, Teskey told Court of Queen’s Bench Justice Doreen Sulyma that he hoped to get on with his life anonymously should he be released on parole.

During the hearing, a lawyer for Alberta Justice told the court the registrar said that once Teskey’s paperwork is filed, there was no reason why his name change request would be denied.

“I did a little digging into the existing legislation,” Glubish said. “It is my assessment that the existing Alberta government policies give the registrar the broad discretionary powers that they need to refuse to register a legal change of name.

“If an applicant for a legal change of name has been convicted of a violent crime that threatened the lives, safety and physical or mental well-being of others, [it is my assessment] that the registrar would have the tools they need to reject that name change,” Glubish said.

A request for comment from the Vital Statistics Registrar was not returned. Glubish stressed he has not spoken to her about the Teskey case.

‘Dangerous offenders should have to live with their names’

The provincial government passed an amendment to the Vital Statistics Act in June that bans convicted sexual offenders from legally changing their name. But Teskey has not been convicted of a sexual offence.

“We always knew when we made those changes that we would need to look at and give serious consideration to expanding the ban to include additional offences,” he said.

Now he’s prepared to expand the current legislation so that dangerous offenders will also be prohibited from legally changing their name.

“We want our communities to be safe and I don’t want Albertans to be looking over their shoulder wondering whether a monster like Leo Teskey is living next door,” Glubish said.

The minister addressed the issue during question period on Tuesday.

“We will take action in the spring to prevent dangerous offenders from legally changing their names,” Glubish said.

Glubish told CBC News he’s haunted by what Teskey’s victims have endured, including the two-year-old boy who was assaulted in 1994. The little boy was taken to hospital with bruises on his head and body. The skin of his penis had been torn.

“My son Max is 15 months old, so I can relate to all the families out there,” Glubish said. “Not only did [Teskey] beat an elderly man to within an inch of his life, not only did he shoot a police officer in the head, but he brutally assaulted a two-year-old child.”

CBC contacted the Correctional Service of Canada to request an interview with Teskey, who is currently an inmate at the Edmonton Institution. A CSC spokesperson acknowledged the request and said it would be reviewed.