Coronavirus: Ottawa, Toronto to each receive 3,000 doses of Pfizer vaccine next week

Coronavirus: Ottawa, Toronto to each receive 3,000 doses of Pfizer vaccine next week

Ottawa and Toronto will each receive 3,000 doses of the Pfizer COVID-19 vaccine in the first distribution of shots in Ontario next week, according to the head of the province’s vaccination task force.

The first doses of Pfizer’s vaccine, approved Wednesday by Health Canada, will arrive in Canada on Monday, the federal government confirmed on Thursday.

Ret. Gen. Rick Hillier, who leads Ontario’s vaccine distribution efforts, said Thursday afternoon that the province is expecting to receive 6,000 doses as part of the initial delivery, which will be split evenly between Ottawa and Toronto.

Those doses will be administered Tuesday at the University Health Network in Toronto and the Ottawa Hospital, according to an earlier statement from Premier Doug Ford’s office.

The first shots will go to health-care workers in long-term care homes and other high-risk settings. Hillier said some of the hospital workers at the Ottawa and Toronto sites could also receive the shot to ensure the early doses are used as “efficiently” as possible.

The Pfizer vaccine requires two doses, which means 1,500 people will be vaccinated in each city at first. Hillier said until the supply chain stabilizes, the second dose, which is to be administered 21 days after the first, will be kept at the hospital site in a deep freezer.

Pfizer has advised officials not to move the vaccine once it has been delivered, so the province will be setting up as many as 23 centralized sites in hospitals over the coming weeks to administer the vaccine with the Ottawa Hospital and University Health Network as the first two hubs.

Hillier said he expects Ontario to receive 90,000 total doses of the Pfizer vaccine in December. He also said Ontario could receive up to 85,000 doses of the Moderna vaccine before the end of the year, pending Health Canada approval.

Ontario health officials have been told the Moderna vaccine is “easier to handle,” Hillier said Thursday, which could open the door to setting up vaccination sites in long-term care homes to inoculate vulnerable residents there.

Hillier cautioned that the province’s vaccination efforts are in the early stages, and that it will be a long time before shots are available to the general population.

“There will be bumps in the road. So please, be patient,” he said.

Ford laid out the early details of Ontario’s plan to distribute the COVID-19 vaccine on Monday, saying vulnerable seniors, their caregivers and health-care workers would be first on the list. The province’s hardest-hit regions, including those in the red “control” and grey “lockdown” zones, would be higher priorities to receive the vaccination.

Ontario set a new provincial record Thursday with nearly 2,000 new cases of the virus. Almost 500 of those cases were linked to Toronto, while Ottawa Public Health reported 31 new infections on Thursday.

Despite the relatively lower number of daily cases in the nation’s capital, which has been in the province’s orange “restrict” level since early November, Ford said in his statement that Ottawa has been tapped as a test-case for the province’s vaccine roll-out because of the “challenges” it has faced with the virus in long-term care homes.

“Ottawa has been selected in part to test and validate provincial distribution networks, as well as in recognition of the challenges the region has faced with certain long-term care home outbreaks,” the statement read.

There are currently nine open outbreaks in Ottawa long-term care facilities, the hardest hit being Extendicare’s Starwood care home where 183 people have tested positive for the virus and 25 residents have died with COVID-19.

Anthony Di Monte, head of Ottawa’s vaccine distribution task force, said in a statement Thursday that the 3,000 doses the city expects to receive next week will not be sufficient to fully vaccinate staff across the city’s long-term care homes.

As a result, the Ottawa Hospital will work with Ottawa Public Health to prioritize vaccinating staff working in the highest-risk environments, he said.

Di Monte also said the task force is working on “mobile strike teams” to go into long-term care homes to vaccinate residents once the city is given the all-clear to transport either the Pfizer shot or another vaccine with fewer risks around movement.

Hillier said Thursday that Ottawa was chosen “weeks ago” as an initial site because the nation’s capital acted as a test of Ontario’s distribution system, which will require transporting the initial delivery from Pearson Airport in Toronto to other sites across the province.

Canadian health officials have said vaccinations for the general population might begin in April, with expectations the population will be fully inoculated by the end of 2021.

A spokesperson with the Ottawa Hospital confirmed the news Thursday.

“We are working closely with the Ministry of Health and the province of Ontario on a distribution plan for the vaccine. As part of the plan, the hospital will provide vaccinations to health-care workers who work in long-term care homes beginning next week,” the statement read. The spokesperson said the hospital would share more information when it becomes available.

A spokesperson for the University Health Network referred questions on details of the vaccine roll-out to the Ministry of Health. 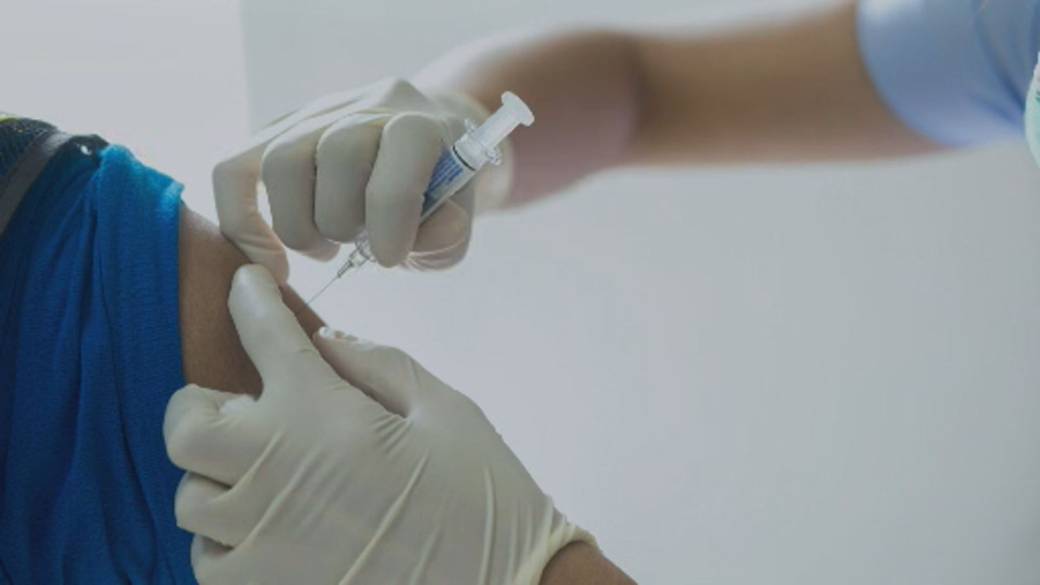