With MPs set to start their holiday recess soon, concerns are mounting in both British government and Canadian business circles about the House of Commons failing to pass implementation legislation for the new Canada-U.K. Trade Continuity Agreement before existing trade rules expire.

International Trade Minister Mary Ng introduced bill C-18 on Wednesday. While her officials said they’re still hoping it will pass quickly, the government has not sought unanimous consent from the opposition parties to approve the bill at all stages quickly before the Commons begins its scheduled winter break — which is now expected to happen tomorrow.

British officials reached out to CBC News Thursday to offer their responses on background to reports that the legislation may not be passed in time for the agreement to come into effect on Jan. 1, when Canada’s preferential trade deal with the European Union ceases to apply to the now-independent U.K.

The U.K. government was said to be both concerned and disappointed that Canada was not in a position to honour the commitment it made when an agreement-in-principle was announced last month by the prime ministers of both countries.

The British suggested Canadian parliamentarians were not taking this seriously enough. MPs were urged to put politics aside and pull together to make sure damage and disruption were not inflicted on the business community, something the U.K. views as unacceptable.

The British department of trade was said to have moved significant resources quickly this fall to work with Canada’s timeline. It was said to be working with the Canadian government to understand the problem and to deal with it.

In an apparent reference to comments Prime Minister Justin Trudeau made previously questioning the British government’s “bandwidth” to negotiate trade deals, U.K.  officials told CBC News that, in fact, the British system has shown it has the “bandwidth” and is ready to move forward with implementing legislation at the same pace as Canada.

But despite its readiness, the U.K. cannot apply the agreement provisionally on its own. So it’s warning that there may not be a deal in place by the end of the year. The British were said to be working to understand what they can do to put emergency arrangements in place.

Unlike Canada’s finance department, the U.K. government apparently cannot issue remission orders to, for example, protect importers from having to pay duties until the agreement is ratified. With no similar tool in use, some Canadian exports could be taxed in the U.K. as of Jan.1.

CBC News asked Ng Thursday for her response to the British blaming Canada for taking too long to implement their agreement.

“The work isn’t done,” Ng said. “Both the U.K. trade secretary and myself … Canada and the United Kingdom are committed to, within a year of this agreement’s ratification, to get back to the negotiating table and to pursue the discussions on a comprehensive, bilateral agreement between the United Kingdom and Canada.

“I want to assure Canadian businesses that we are going to work very hard to make sure that there is a smooth transition for them and that they don’t experience disruptions as they export into the United Kingdom.”

The vast majority of Canada’s exports can enter the U.K. duty-free, under World Trade Organization rules.

But Canadian business groups fear there’s no plan in place to keep the promise Ng made to mitigate any damage.

Five organizations — the Business Council of Canada, the Canadian Agri-Food Trade Alliance, Canadian Federation of Independent Business, Canadian Chamber of Commerce and Canadian Manufacturers & Exporters — issued a public statement today calling on parliamentarians to work across party lines to implement the interim agreement and avoid disrupting trade with their largest partner in Europe.

The groups welcomed the government’s stated intention to negotiate an ambitious and permanent trade deal starting next year. “But for now, job number one should be to limit supply chain disruptions and ensure there are no negative consequences at the end of the year,” the statement said. “As a trading nation, our road to economic recovery depends on trade.”

Canadian products that could face tariffs include lobster, maple syrup, beef, certain plastics, some trucks and other automotive vehicles.

This warning from business groups came on the same day the Commons trade committee issued an interim report based on its pre-study of a potential transitional trade agreement with the U.K.

Among its recommendations was a call for the government to “immediately announce the scenarios it is considering” for ratification, or to offer a “detailed articulation” of what Canadian exporters can expect and what support will be provided in the event there’s no ratification before the deadline.

At the same time, the committee called for the insertion of a sunset clause in the agreement to ensure that Parliament can revisit its terms, whether or not a subsequent permanent bilateral agreement is reached.

What we know about the interim Canada–U.K. trade deal: 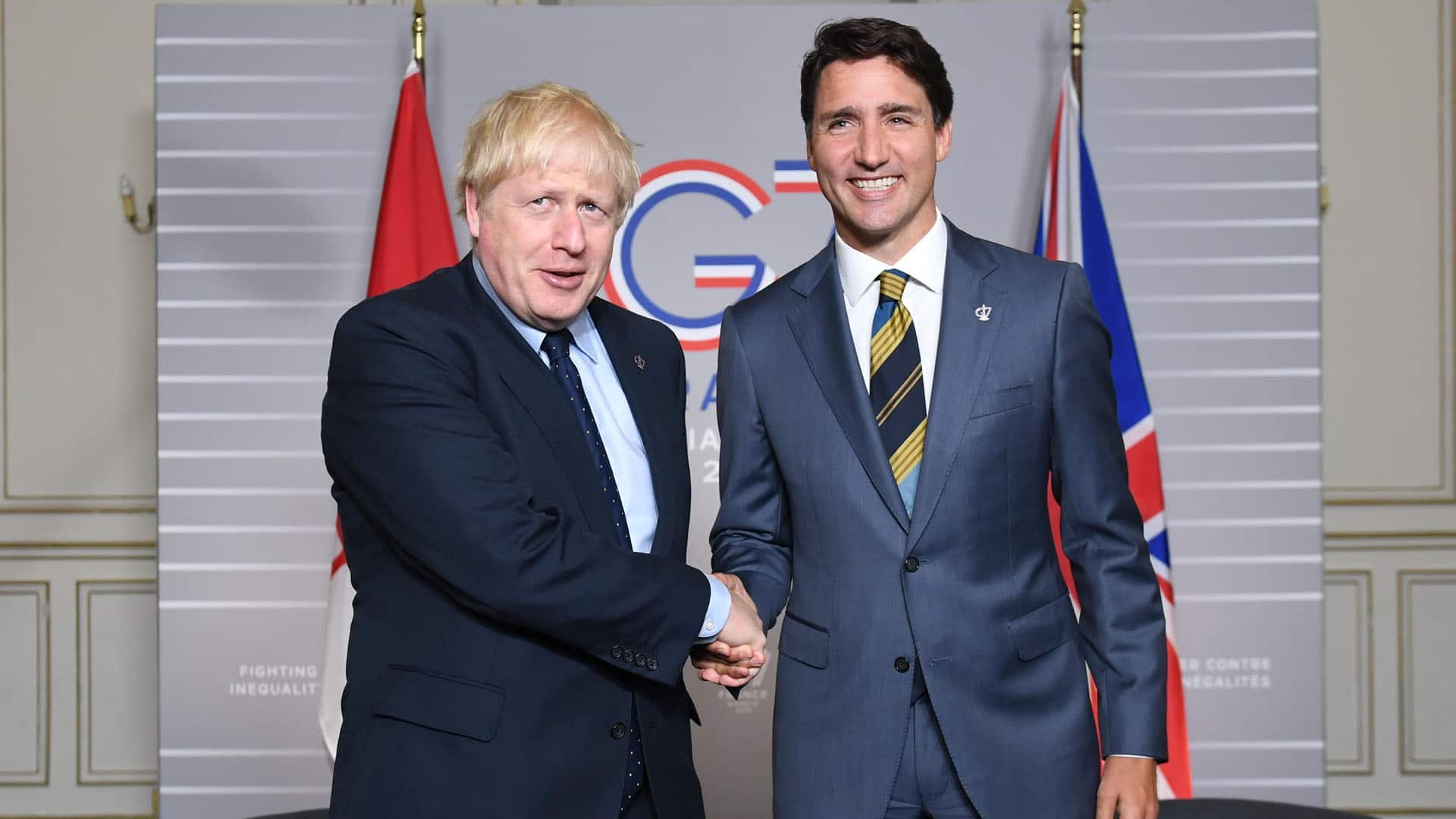 The two countries have agreed to ‘roll over’ the Comprehensive Economic and Trade Agreement (CETA). 5:35

MPs called for more time to study the final text of the agreement before making a decision on its implementation bill.

The final text was only published on Wednesday, after it was tabled by Ng immediately prior to the introduction of C-18.

The committee also asked for more public consultation and reports to parliamentarians during any future talks.

On Tuesday, the Commons foreign affairs committee unanimously passed a motion proposed by NDP MP Jack Harris that recognized that the U.K.’s decision to leave the European Union could affect the Good Friday Agreement — a treaty that Canada helped broker to bring peace to Northern Ireland.

“The committee calls on the government to ensure that any post-Brexit trade deal between Canada and the United Kingdom be consistent with the principles of the Good Friday Agreement,” the motion read, while calling on the government to table a “comprehensive response.”

The NDP’s trade critic, Daniel Blaikie, is expected to table the same motion at the Commons trade committee on Friday.

MPs expressed concern that the British government’s Brexit proposal could have created a “hard border” between Northern Ireland and the Republic of Ireland, disrupting the free flow of goods and people that the Good Friday Agreement was meant to protect. Such a violation could inflame sectarian tensions or even violence.

The Canadian branch of the Friends of Sinn Fein organization wrote to Canada’s political parties this fall, asking MPs to stand with the EU and the incoming Biden administration in the U.S. in support of Ireland’s position.

“Now, we are asking the Canadian federal government to follow through on this support by making any Canada–U.K. trade agreement conditional on Britain respecting the Good Friday Agreement and ensuring that its actions do not result in a hard border on the island of Ireland.”

In negotiations with the EU earlier this week, the British government agreed to new rules that should avoid checkpoints along the Irish border.