The City of London has made some cuts to the bottom line in the 2021 budget draft to help London property owners who might be struggling during the pandemic.

Council approved a 3.4-per cent tax increase for 2021 as opposed to the original 4.4 per cent increase originally planned under the 2020-23 multi-year budget discussion on March 2. The change will only impact the 2021 budget and not the budget in the two years to follow.

The 3.4-per cent increase will be $101 for the average residential taxpayer with an assessed value of $241,000 last year.

The tax cut comes in part from a reduction in $500,000 in funding meant to close the infrastructure gap.

In March, councillors voted to increase the amount of money allocated to improve City infrastructure from $4.5 million to $7.5 million.

Ward 2 councillor Shawn Lewis said there were many areas in the budget he felt they could not make cuts, like in housing, but that cuts to infrastructure funding was a change they could make.

“I recognize the financial pinch families are feeling right now because of COVID, so if the result of this is that we do a couple less road payments this summer … I think that is a fair trade-off,” Lewis said.

London city councillors have concluded the 2021 budget update process, part of the annual updates associated with the multi-year budget, as part of the strategic priorities and policy committee meeting on Thursday.

In total, councillors approved gross 2021 expenditures over $1 billion, of which $673.5 million is the property tax-funded portion.

The only thing left is for council to give final approval during the council meeting on Jan. 12.

“I am really committed to doing what we can right now to help the people who need help in our city and I don’t think that meant making massive cuts to budget areas,” Ward 6 councillor Phil Squire said. 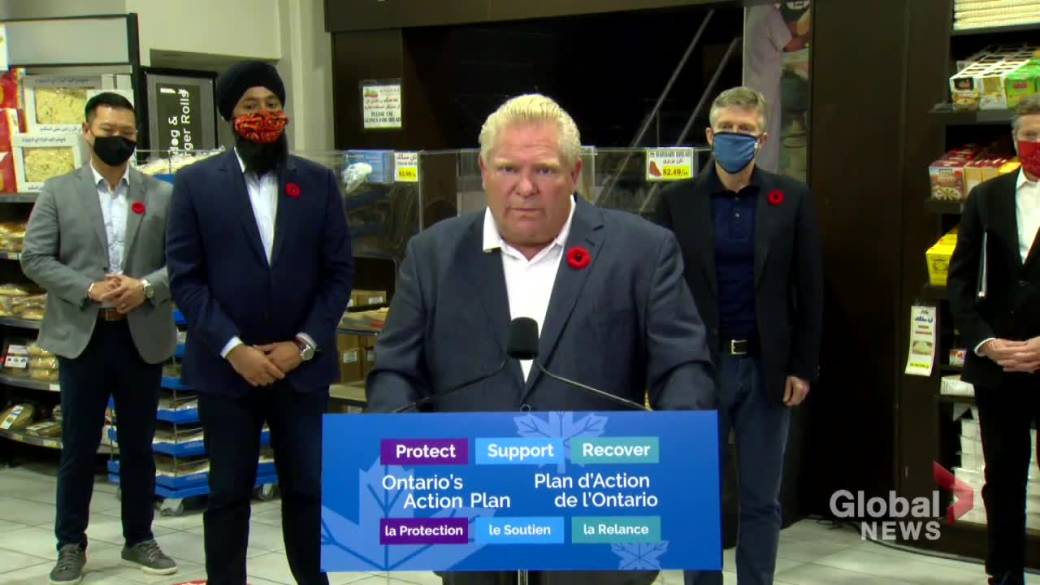 1:04Coronavirus: Without health, safety of public there is no economy, says Ford

Coronavirus: Without health, safety of public there is no economy, says Ford – Nov 10, 2020

Among additions to the budget was $900,000 over the next three years to support the implementation of a Film and Multi-Media Strategy to grow the film sector in London to create long terms jobs for people in the area.

Councillors voted 14 to one in favour of supporting the initiative, with the funding will come from the City’s economic development reserve fund and not the community investment fund as was initially proposed.

The move had the support of both Ward 1 councillor Michael Van Holst and Ward 6 councillor Phil Squire.

“We want to establish a film office because it’s a welcome mat,” Van Holst said.

“What I like about this plan is it’s a microcosm of our city’s vision to be a leader in commerce, culture, innovation and our region’s connection to the world, and we pretty much check off that entire piece by moving forward with the film industry.”

Van Holst also talked about the quality of the jobs the film industry could bring beyond the opening of a new fast-food chain.

Ward 13 councillor Arielle Kayabaga said she supported the move to entice the film industry to London, but that she had reservations about the approved increase from $200,000 to $300,000 for the project.

“It’s something at the beginning of my term I was really interested in pursuing and making sure we can provide the opportunity to students in London and that revenue to come into London as well,” she said.

“I am uncomfortable with the amount of money we are spending right now in the middle of a pandemic.”