A new death, 32 new coronavirus cases and 48 recoveries were reported in London and Middlesex on Saturday.

The Middlesex-London Health Unit (MLHU) says the deceased is a man in his 70s, and his death is linked to a long-term care home.

There are at least 299 active cases in the region.

Of the 32 new cases reported Saturday, 27 are from London, three are from Strathroy-Caradoc and one is from Middlesex Centre.

The MLHU says five new cases are linked to outbreaks at University Hospital; four staff and one patient.

The region has reported at least 396 cases since Dec. 1, more than were reported in every month during the pandemic except for November. It’s also more than what was reported in May, June, July and August put together.

The steady influx of new cases, coupled with numerous outbreak declarations, including at University Hospital and several area schools, has prompted the province to shift the London-Middlesex region into the more restrictive red-control tier of its COVID-19 response framework.

The change will become effective at 12:01 a.m. on Monday.

With the move come stricter size limits for social gatherings and increased restrictions on businesses.

Social gatherings and organized public events where physical distancing can be maintained are now limited to five people indoors — unless everyone is from the same household — and 25 outdoors.

Gathering limits for religious services, weddings, and funerals are capped at 30 per cent capacity indoors and 100 people outdoors.

On Monday December 14, significant changes will be in place for gatherings, travel and various workplaces and settings.

To review a summary of these changes, please visit: https://t.co/K345gbYnZn #LdnOnt #Middlesex 3/3 pic.twitter.com/OHUdpQiZLl

Bars and restaurants will now only be able to seat a maximum of 10 patrons indoors, and dancing, singing and live music will be prohibited. The province says outdoor dining, takeout, drive-thru and delivery is permitted, including alcohol.

In addition, team sports must not practice or play (except for training), and activities that may result in people coming within two metres of each other are prohibited.

Full details on what comes with a move to red-control can be found in the framework document itself.

According to the health unit, 1,900 cases have been reported in London since the pandemic began, while 44 have been in Strathroy-Caradoc, 42 in Middlesex Centre and 34 in Thames Centre.

The number of active COVID-19 inpatients in the care of London Health Sciences Centre was 39 on Friday.

Fewer than five people are in critical or intensive care, according to LHSC.

Current staff infections sit at 51. Most of those are linked to outbreaks at University Hospital.

No COVID-19 inpatients were in the care of St. Joseph’s Health Care London as of last Sunday, its most recent update. The organization says it will post an update when and if numbers change. Only one active COVID-19 case is counted among its workforce as of that last update.


7:31Coronavirus: How the brain is being impacted by COVID-19

Coronavirus: How the brain is being impacted by COVID-19

An outbreak at University Hospital has been declared over. The MLHU says the outbreak at 6th Floor Cardiovascular Surgery declared on Nov. 27 is over.

As of Saturday, the MLHU says at least 81 LHSC patient cases and 92 staff cases — 173 in total — have been reported as a result of the aforementioned outbreaks. The outbreak has also been linked to 14 deaths.

Since March, the region has seen at least 61 institutional outbreaks in London and Middlesex, including at least 43 at local seniors’ facilities.

A COVID-19 case at Stoney Creek Public School has been declared over.

As of Saturday, at least 36 cases are active involving schools in the region:

The region has seen at least 76 school cases reported since the beginning of September. Thirty of them have been reported just this month.

Meantime, in the post-secondary setting, two student residence outbreaks declared three weeks ago at Western University remain active, according to the health unit.

The outbreaks are located at Perth Hall and Saugeen-Maitland Hall, and were declared active on Nov. 21 and Nov. 19, respectively.

The city’s two dedicated assessment centres, Carling Heights and Oakridge Arena, continue to operate normally, both by appointment only.

At Oakridge Arena, numbers have been largely stable. The centre recorded a five-day average of 319 visits from Nov. 30 to Dec. 4 compared to 318 between Nov. 23 and 27.

Ontario reported 1,873 new cases of COVID-19 Saturday, bringing the total number of cases in the province to 138,504.

More than 65,200 additional tests were completed, which is an all-time high. Ontario has now completed a total of 6,904,453 tests, while 67,654 remain under investigation.

The province says the positivity rate for the last day was 3.2 per cent, which is the same as Friday and down from last Saturday when it was 3.4 per cent.

It brings the region’s total case count to 721, of which 609 have recovered. Nine deaths have been reported.

Since Dec. 1, the Elgin-Oxford region has posted 158 new cases.

Despite the steadily high number of new cases, the region will remain in the orange-restrict tier of the province’s COVID-19 response framework into next week.

The total number of school cases in the region has risen after the Thames Valley District School Board reported another case at East Elgin Secondary School in Aylmer, which now has a total of five active cases.

The following school cases are active as of Friday:

The region has seen at least 29 school cases reported since the start of September.

The region has recorded a new institutional outbreak, according to the health unit. 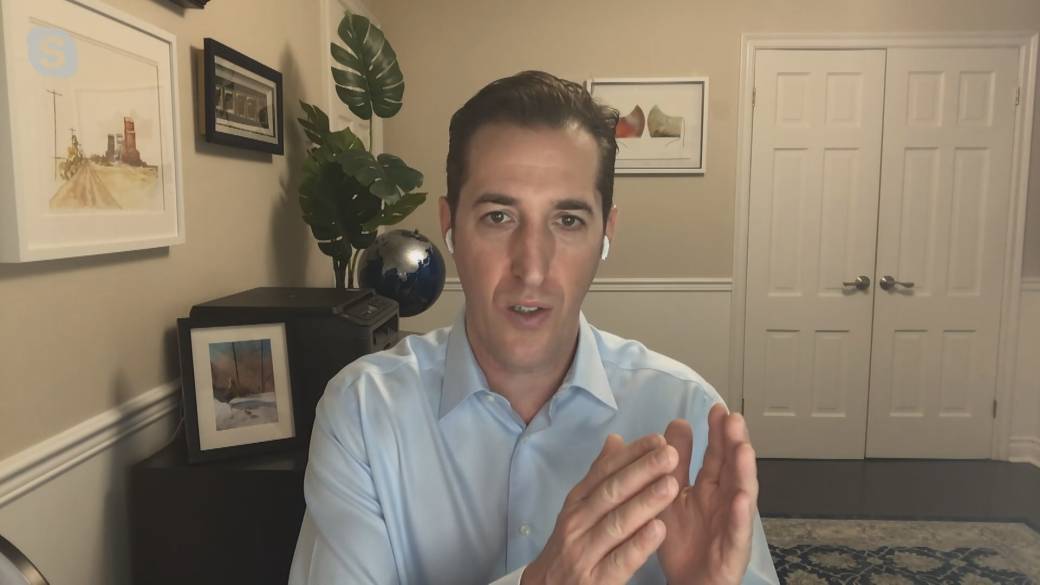 5:08Answering common questions about the vaccine


Answering common questions about the vaccine

The most recent outbreak was declared on Saturday at the Maple Manor Nursing Home in Tillsonburg. It involves one staff case.

By location, Aylmer has seen the largest number of cases during the pandemic: 146. Given its small population, the town has an incidence rate equivalent to 1,935 cases per 100,000 people.

Nine new cases of COVID-19 along with two recoveries were reported by Huron Perth Public Health on Saturday.

The region’s total case tally stands at 432. At least 374 cases have recovered while 20 deaths have been reported, most recently on Thursday involving a resident of Cedarcroft Place, a retirement home in Stratford.

At least 38 cases are active in the region, the health unit says. Four are listed as health-care workers.

At least three people are currently in hospital. At least 22 have been hospitalized for COVID-19 during the pandemic.

Huron and Perth will remain in the orange-restrict tier of the province’s restrictions framework next week.

At least 13 school cases remain active in the region, two with outbreak declarations:

One case also remains active involving a staff member of the Avon-Maitland District School Board, according to the province.

Including that case, at least 25 school cases have been reported since Sept. 1.

No new institutional outbreaks have been declared.

The outbreak was first declared on Oct. 27. One resident case remained active and was in hospital as of Thursday, while one staff member case was active.

Elsewhere, an outbreak is also active at Stratford General Hospital in its medicine unit.

At least seven staff members have tested positive in relation to the outbreak since Dec. 9. The outbreak itself was declared on Dec. 3.

Elsewhere, 83 cases have been in Huron County, while eight cases and at least one death have been in St. Marys.

As of the week of Nov. 29, the region’s test per cent positivity rate was 1.6 per cent.

It brings the region’s total case tally to 447, of which 393 have recovered. Twenty-six deaths have been reported, with the latest announced on Thursday — the first the region had seen since early June.

At least 28 cases remained active as of Saturday — their locations were not released by the health unit.

Two people are in hospital at Bluewater Health, according to the organization. A total of at least 63 people have been hospitalized during the pandemic.

The region will remain in the yellow-protect tier of the province’s restrictions framework into next week, according to the province.

At least 11 school cases have been reported in the county.

Elsewhere, two outbreaks remain active in the region, located at two unnamed workplaces in an unspecified location. Both are linked to at least two cases each. One was declared on Dec. 3 and the other on Dec. 11.

A total of 15 outbreaks have been declared since March — 10 at seniors’ facilities, four at workplaces and one at Bluewater Health — linked to 119 cases and 16 deaths.

Nearly all of the cases, and all 16 deaths, are linked to outbreaks earlier in the pandemic at Landmark Village and Vision Nursing Home.

As of the week of Nov. 29 the region had a weekly test per cent positivity rate of 0.64 per cent. About 2,624 people were tested that week.

–With files from Matthew Trevithick and Ryan Rocca