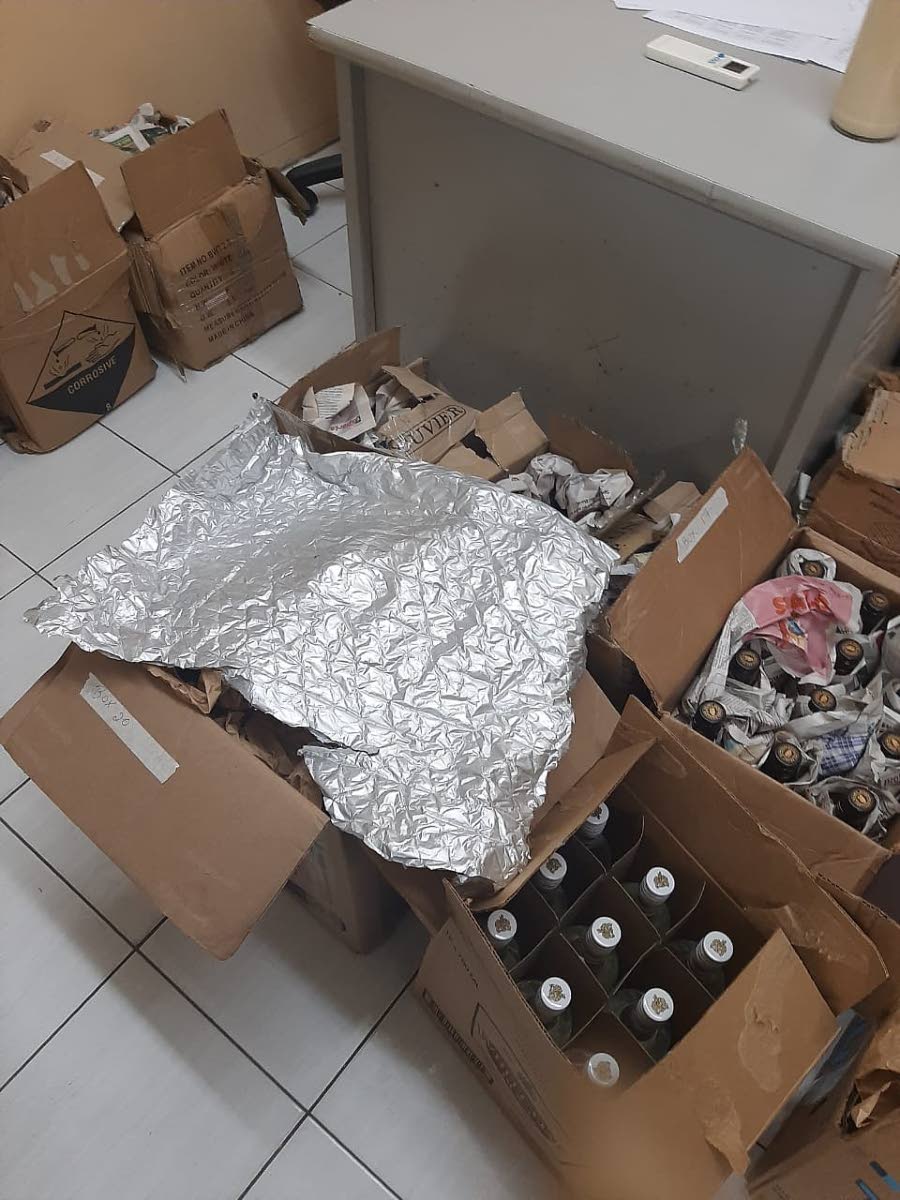 Intelligence gathered by Port of Spain City Police led to the seizure of a large quantity of alcohol and tobacco in the Central Market on Tuesday morning.

Police said a team of officers co-ordinated by Snr Supt Glen Charles, acting Insp Hinkson, Sgt McShine and Cpl John went to the market at around 11 am and found crates of alcohol and raw tobacco.

Police said a total of 25 cases of alcohol and a large quantity of raw tobacco were in the crates.

No one was arrested.

Investigators suspect the items were brought to Trinidad by Caricom vendors after being bought in smaller Caribbean islands where alcohol is cheaper, to be sold locally for a profit.

Police said new recruits to the city police were crucial in gathering information that led to the seizure, and would be out in full force in the days leading up to Christmas and the New Year.