For at least the sixth time this month, and the third time in just seven days, the London and Middlesex region broke yet another single-day case record on Thursday after health officials reported one death and 58 new coronavirus cases.

The update brings the region’s total case tally to 2,257, of which 1,858 have recovered, 32 more than the day before. At least 82 deaths have been reported to date, leaving at least 317 active cases in the region.

Health officials confirm that Thursday’s fatality involved a man in his 80s whose death was linked to COVID-19 outbreaks at University Hospital, which have now claimed a total of 17 lives. At least 13 of the 16 deaths reported this month have been tied to the hospital.

Thursday marks the third time this week that the region has recorded a single-day case jump above 50. At least 610 cases have been reported in London and Middlesex so far this month, more than any monthly total up to this point.

December has already recorded 108 cases more than all of November, which has the second-highest monthly case total.

Read more:
Canadians may face travel restrictions for years if coronavirus vaccine not available for everyone

Of the 58 cases reported Thursday, all but six are from London, according to the health unit. Five are from Middlesex Centre and one is from Thames Centre.

Those infected span every age bracket tracked by the health unit, with people under 40 making up more than half of all cases.

Thirty-seven of the cases have their exposure source listed as outbreak, while 14 are said to have contracted the virus through close contact. Three cases have no known link, three are pending or undetermined, and one is due to travel.

Despite some cases being listed as due to outbreaks, it’s not clear how many, if any, are due to outbreaks reported at London Health Sciences Centre’s University and Victoria hospitals.

Read more:
What’s in Pfizer’s vaccine? A look at the ingredients

London and Middlesex is currently in the red-protect level of the province’s COVID-19 Response Framework. (Full details on what comes with a move to red-control can be found in the framework document.)

The number of inpatients hospitalized with COVID-19 at London Health Sciences Centre has declined for another day, down to 23 from 36 on Wednesday. The tally stood at 39 on Friday of last week.

Of those, fewer than five people are in intensive care or critical care, the organization said.

Active staff cases within LHSC continue to decline as well, down to 31 from 38 on Wednesday. The tally stood at 47 on Tuesday and 51 on Friday of last week.

Most of those infections are likely linked to ongoing outbreaks at University Hospital.

Meantime, no COVID-19 patients were reported to be in the care of St. Joseph’s Health Care London as of Thursday, however active staff cases within the organization have risen to two, one more than the day before.

The health unit says at least 234 people have been admitted to hospital due to the coronavirus since the pandemic began, including 43 who have needed intensive care.

The Ontario Hospital Association’s board of directors is calling for new and stricter lockdowns in hard-hit regions to halt the rapid spread of COVID-19.

It comes after the board held an emergency meeting to discuss hospital capacity issues amid surging infections.

It is asking the government to implement a four-week lockdown in every public health unit with an infection rate of 40/100,000 population or higher.

A memo sent to provincial hospitals by the CEO of Ontario Health on Tuesday called on facilities in grey and red zones to ensure that up to 15 per cent of staffed adult acute inpatient beds be available for COVID-19 patients.

Elsewhere, for the second day in a row, an outbreak at University Hospital has been declared over.

The outbreak, declared on Nov. 27 in 4TU Multi-Organ Transplant Unit, has been deemed resolved, officials said Thursday. It was tied to an outbreak declared at the hospital on Nov. 10 that later spread to several units, leaving several people dead and dozens sickened.

It comes a day after officials said an outbreak at UH from Dec. 9 in 8IP General Surgery that was not tied to the Nov. 10 outbreak was also deemed resolved.

Outbreaks remain active in at least six areas of University Hospital, declared on:

The University Hospital outbreaks have been tied to a total of at least 17 deaths and 153 cases involving 76 patients and 77 staff and health-care workers, LHSC says.

Outbreaks are also active at LHSC’s other hospital, Victoria Hospital. They were declared on:

According to LHSC, the two outbreaks at Victoria Hospital are tied to fewer than five patient cases and five staff cases. No deaths have been reported as a result.

University Hospital was also the scene of separate outbreaks in 6IP Cardiovascular Surgery (Nov. 27 – Dec. 11), and in 9IP Orthopaedics (Nov. 9 – 27).

LHSC notes that their facilities remain open, however non-urgent and non-emergent surgeries and procedures remain postponed at University Hospital.

In addition, ambulatory or outpatient activity at University Hospital has been reduced to urgent and emergent appointments, procedures, and diagnostic services.

Since March, the region has seen at least 64 institutional outbreaks in London and Middlesex, including at least 44 at local seniors’ facilities.

Seniors’ facility outbreaks alone have been tied to 125 resident cases, 123 staff cases and 41 deaths. The most recent death linked to a seniors’ facility was reported on Wednesday. 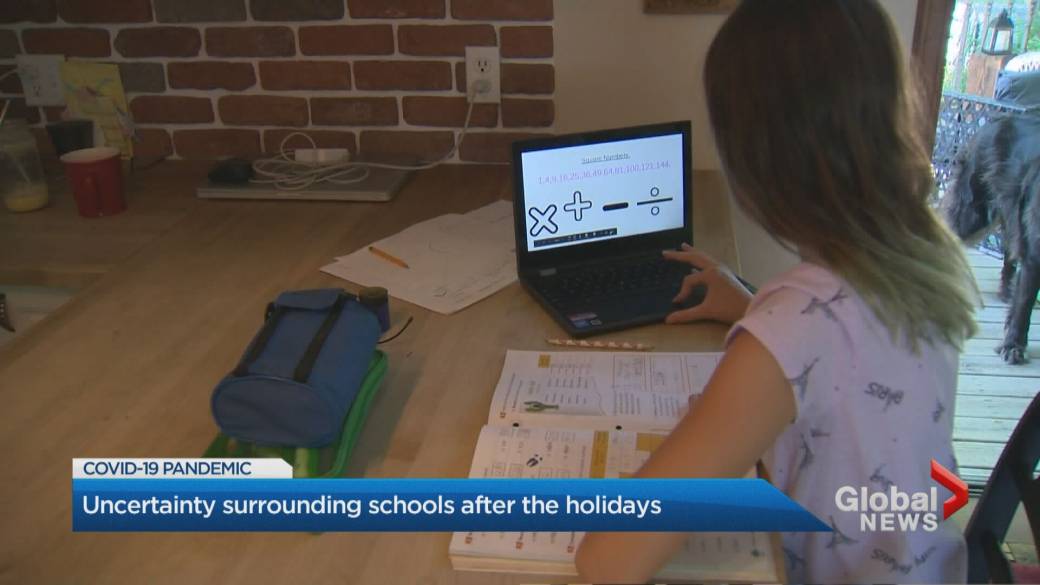 At least three new school cases were reported in London and Middlesex on Wednesday, according to health unit figures.

An additional case has also been reported at OneSchool Global in Mossley, a private religious school. Two cases were reported at the school on Wednesday.

As of Thursday, the health unit says at least 35 cases are currently active at 22 schools in the region. A full list can be found on the health unit’s website under “school and child care.”

At least 10,435 people were tested for the coronavirus during the week of Dec. 6, new figures from the health unit show.

In total, the health unit says at least 115,000 people have been swabbed since April at the city’s two dedicated assessment centres, both of which are continuing to operate, both by appointment only.

The Thames Valley Family Health Team, which is operating the centres alongside London Health Sciences Centre, announced holiday hours for the centres this week.

Carling Heights reported an average of 445 visits between Dec. 7 and 11, up from 428 the workweek prior, health unit figures show.

Ontario is reporting a single-day record of 2,432 new cases of COVID-19 today, and 23 new deaths due to the virus.

Health Minister Christine Elliott says there are 737 new cases in Toronto, 434 in Peel Region, 209 in York Region, 190 in Windsor-Essex, and 142 in Hamilton.

In the province’s long-term care homes, 819 residents currently have COVID-19 and 13 new deaths have been reported Thursday.

The province says 140 of its 626 long-term care homes are experiencing an outbreak.

It also reported 170 new COVID-19 cases related to schools, including at least 143 among students.

Those bring the number of schools with a reported case to 955 out of Ontario’s 4,828 publicly funded schools.