One death linked to UH outbreaks, 65 coronavirus cases in London and Middlesex – London

One death linked to UH outbreaks, 65 coronavirus cases in London and Middlesex – London

One death, 65 new coronavirus cases and 71 recoveries were reported on Sunday by the Middlesex-London Health Unit (MLHU).

There are now a total of 87 deaths — 22 were reported just this month.

The MLHU says Sunday’s death involves a man in his 80s and his death is linked to the outbreaks at University Hospital.

The region has recorded at least 408 cases since Monday, more than were recorded during the months of March, May, June, July, August and September.

December has seen at least 828 cases so far, more than was recorded during any other month of the pandemic.

As of Sunday, London has 2,290 cases, Middlesex Centre has 60, 48 cases are in Strathroy-Caradoc, 44 are in Thames Centre, 15 in Lucan Biddulph, 10 are in North Middlesex, and all other areas have case numbers three and bellow.

The region is currently in the red-protect level of the province’s COVID-19 Response Framework.

The record-breaking case counts seen this week, and continued outbreaks at the city’s hospitals, are prompting questions about whether additional restrictions may be coming for London and Middlesex.

The region’s test per cent positivity rate stood at 2.3 per cent as of the week of Dec. 6, up from 2.2 the week prior and 1.7 the week before that.

The number of COVID-19 inpatients in the care of LHSC has declined for another day, down to 20 from 23 the day before, according to the most recent update Friday.

Fewer than five people are currently in critical or intensive care, the organization reported.

While active staff infections declined on Thursday, they rose by two on Friday to 33. It’s a notable decline from the 51 seen last Friday.

Most of the infections have likely been due to outbreaks at University and Victoria hospitals.

Meantime, no COVID-19 patients were reported to be in the care of St. Joseph’s Health Care London as of Friday. Three staff cases are currently active.

On Friday, the province unveiled that LHSC will be among 17 hospital sites in Ontario that will receive the Pfizer-BioNTech coronavirus vaccine over the next two weeks.

The news comes a day after LHSC officials unveiled that it plans to transfer a number of its patients to other health partners in the region and reduce some services, to boost its own capacity ahead of what’s expected to be a surge of COVID-19 patients during the holidays.

Who and how many patients may be moved is still being determined.

The Victoria Hospital outbreaks were declared on Dec. 15 and 16 in C5-100 ENT/Burns/Plastics and C6-400 Acute Medicine, respectively, and are not connected to each other.

The outbreaks combined have been tied to fewer than five patient and five staff cases, according to LHSC.

At the same time, a new outbreak was declared Saturday at University Hospital (UH). It impacts U7 Clinical Neurosciences.

In total, as many as 12 separate areas of UH have been hit by outbreaks since Nov. 10, resulting in at least 76 patient cases, 77 staff cases and 17 deaths as of Thursday.

Elsewhere, health officials say an outbreak declared on Wednesday at Dearness Home has been expanded to include the entire facility.

Previously the outbreak had been reported in the 3 East and 3 West areas.

Since March, the region has seen at least 65 institutional outbreaks in London and Middlesex, including at least 45 at local seniors’ facilities.

Outbreaks at seniors’ facilities alone have been linked to 130 resident cases, 130 staff cases and 42 deaths.

At least three new school cases were reported in London and Middlesex late Thursday by the Thames Valley District School Board.

There are at least 32 active cases tied to 24 schools in London and Middlesex as of Friday, the health unit says.

The health unit says at least 115,000 people have been swabbed since April at the city’s two dedicated assessment centres, both of which are continuing to operate by appointment only.

The Thames Valley Family Health Team, which is operating the centres alongside London Health Sciences Centre, announced holiday hours for the centres this week.

At least 10,435 people were tested for the coronavirus during the week of Dec. 6.

Carling Heights reported an average of 445 visits between Dec. 7 and 11, up from 428 the workweek prior, health unit figures show.

Sunday’s report marks the sixth day in a row that Ontario has reported more than 2,000 new cases.

More than 69,400 additional tests were completed, which is an all-time high. Ontario has now completed a total of 7,371,532 tests, while 54,546 remain under investigation.

The region’s total case tally stands at 917, of which 745 people have recovered. At least 11 deaths have been reported, five this month, including the most recent death on Thursday involving a man in his 70s from Elgin County.

Elgin and Oxford remains in the orange-restrict tier of the province’s restrictions framework.

Two new outbreaks have been declared. One is at Terrace Lodge in Aylmer. This is the facility’s third outbreak and involves one staff member.

The other is at Chartwell Aylmer and involves one staff member. This is the facility’s second outbreak.

At least 17 institutional outbreaks have been declared at 13 facilities since March.

The region had a test per cent positivity rate of 2.4 per cent as of the week of Dec. 6.

At least 4,800 people were tested that week. 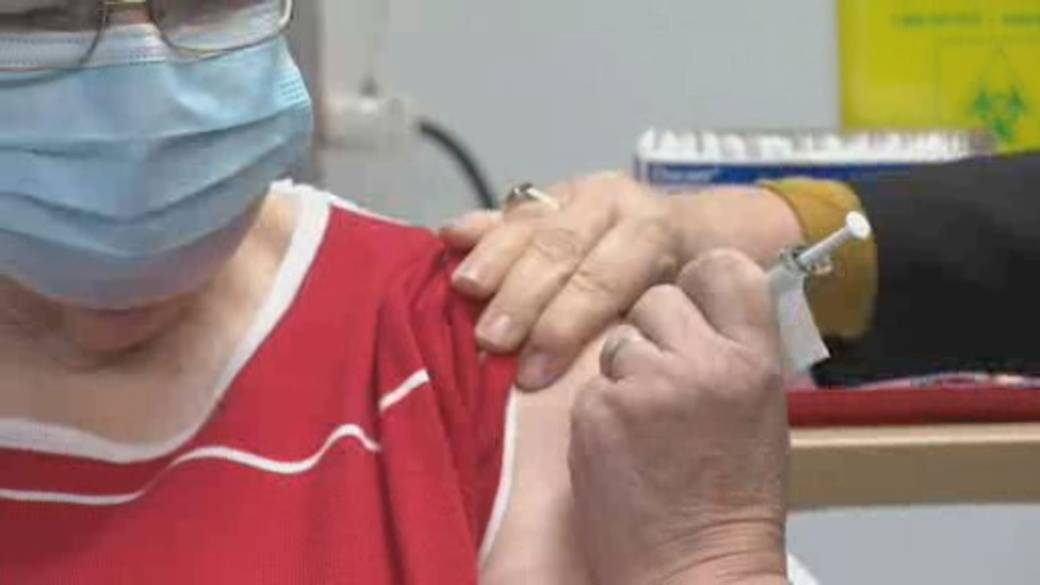 Huron Perth Public Health does not provide updates on Sundays.

As of Saturday, the region’s total case stood at 513, of which 429 people have recovered. At least 20 people have died, most recently on Dec. 10 involving a resident of Cedarcroft Place in Stratford.

The health unit says six of Saturday’s cases are from Perth County, while two are from Huron County.

As of Saturday, 64 cases are active in the region.

At least three people are currently in hospital. Twenty-four in total have been admitted to hospital during the pandemic.

The region remains in the orange-restrict tier of the province’s COVID-19 framework.

No new institutional outbreaks have been declared and none have resolved, the health unit says.

Outbreaks remain in place at Cedarcroft Place, a retirement home in Stratford, at Listowel Memorial Hospital, and at Stratford General Hospital.

The outbreak at Cedarcroft Place is tied to at least 50 resident cases and 24 staff cases. Twelve residents have since died. No new cases have been reported at the facility since Dec. 7, and no cases are currently active there.

Read more:
COMMENTARY: As rich countries hoard vaccines, what happens to the poor?

At Listowel Memorial Hospital, at least four patients and eight staff have tested positive due to an outbreak on the second-floor medicine unit. The number of staff and patients cases have each gone up by one since the day before.

The outbreak at Stratford General Hospital, meantime, appears to be under control, the health unit says. It’s tied to seven cases, a tally that has not changed since at least Dec. 10.

At least 18 institutional outbreaks have been declared at 15 facilities since March, linked to 123 cases and at least 16 deaths — 12 at Cedarcroft and four at Greenwood Court in the spring.

Elsewhere, 108 cases have been in Huron County, while eight cases and at least one death have been in St. Marys.

As of the week of Dec. 6, the region’s test per cent positivity rate was 1.2 per cent, down from 1.6 the week before. 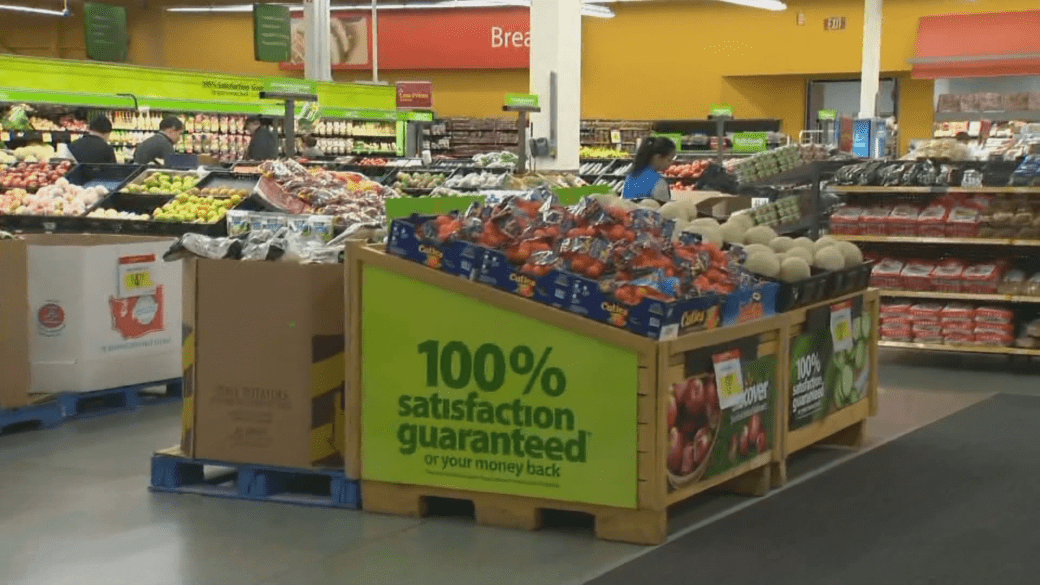 The region’s total case tally now stands at 517, of which 428 people have recovered. Twenty-eight deaths have also been reported, most recently on Saturday.

At least 61 cases are currently active in the county, their locations not made public by the health unit.

At least one person is in hospital as of Sunday, according to Bluewater Health.

The region remains in the yellow-protect tier of the province’s restrictions framework.

Meanwhile, an outbreak at an unnamed workplace in the county has resolved, the health unit says. The outbreak was tied to two cases and was reported on Dec. 3.

A total of 17 outbreaks have been declared since March — 10 at seniors’ facilities, six at workplaces and one at Bluewater Health — linked to 129 cases and 16 deaths.

More detailed information has not been updated so the following information was last updated Friday.

Read more:
Trudeau took centre stage amid the pandemic, and it may have paid off politically

No new school cases have been reported in the county, according to the local school boards.

There is one active school case in the county, located at St. Patrick’s Catholic High School.

Elsewhere, 24,486 have been reported in South Sarnia, 23,129 in North Sarnia and Bright’s Grove, and 21,181 in a region encompassing Lambton Shores, Plympton-Wyoming, Warwick, and Kettle and Stony Point First Nation.