More than 2,000 pounds of food were collected during a London, Ont., mosque’s drive-thru food drive on Sunday.

Ali Chahbar with the London Muslim Mosque‘s outreach committee says in under three hours, 2,039 pounds of food were ready to be dropped off at the London Food Bank.

Zeba Hashmi, who’s also with the mosque’s outreach committee, says three and a half SUVs were stuffed with food donations that were dropped off by more than 30 cars.

In previous years around the holiday time, the mosque has always collected food for the London Food Bank, according to Chahbar.

He says the congregation would bring non-perishable food items to the mosque over a two- to three-week period, and “we’d fill boxes and boxes, and vans and vans of it.”

“But due to COVID-19 this year and the restrictions that are in place, we’d be negligent not to do something because it’s important,” he said.

For their next initiative, Chahbar says the mosque is thinking of collecting clothing to donate to local organizations, because “it should be commonsense (to) reach out to others, (and) we take pride in doing it because its our duty and responsibility.” 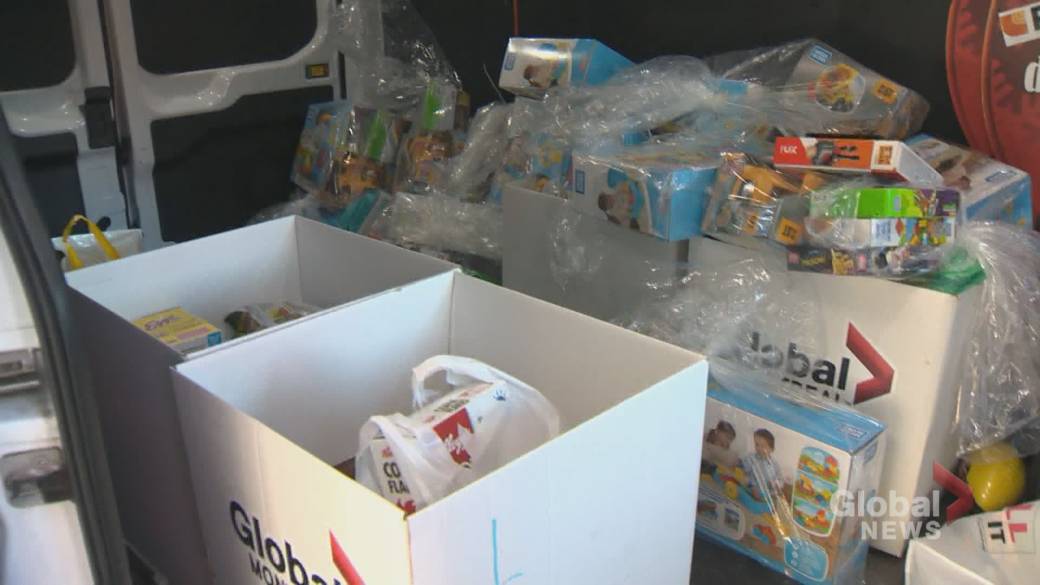 2:11Generations Foundation still finds way to bring magic to children over the holidays