With local case numbers rising higher every week — at least eight single-day case records have been broken since Dec. 1 — LHSC has been bracing for an expected post-holiday case deluge that will put the hospital system’s constrained capacity and staff under further pressure.

The organization plans to run seven operating rooms at University Hospital and between eight and 12 at Victoria Hospital during a two-week period over the holidays — capacity that is similar to previous holiday breaks when surgeries tend to dip.

“However,” LHSC’s chief medical officer said Monday, “in early 2021, we anticipate not being able to get back to typical operating room capacity, due to inpatient bed, critical care, and health, human resource constraints.”

Dr. Adam Dukelow said LHSC will prioritize patients based on acuity and urgency, focusing on higher-priority patients, such as those needing emergency or urgent surgeries and procedures, and patients whose matters aren’t urgent but who have already experienced a significant wait.

“Any inpatient who is impacted by the changes will be contacted directly and people should continue to attend scheduled appointments and procedures otherwise,” he said during Monday’s COVID-19 media briefing with the Middlesex-London Health Unit.

Just how much of an impact is expected is unclear. No surgeries at Victoria Hospital have been cancelled yet, Sukelow noted, adding: “if there are cancellations or scheduling doesn’t happen, that will start early in 2021.”

As of Monday, LHSC reported that 17 COVID-19 inpatients were in its care, while 32 staff members were currently infected with the virus.

The news comes as LHSC has been contending with at least 14 outbreaks at its two hospitals since early November, outbreaks which have left a total of 22 people dead, and more than 155 infected.

Nearly all of those cases, and 20 of those deaths, have occurred at University Hospital, which alone has seen at least 12 outbreaks declared in that time period.

But with non-urgent procedures cut back at University Hospital, that’s meant increased pressure on Victoria Hospital, all as it grapples with two outbreaks of its own that have led to two deaths. 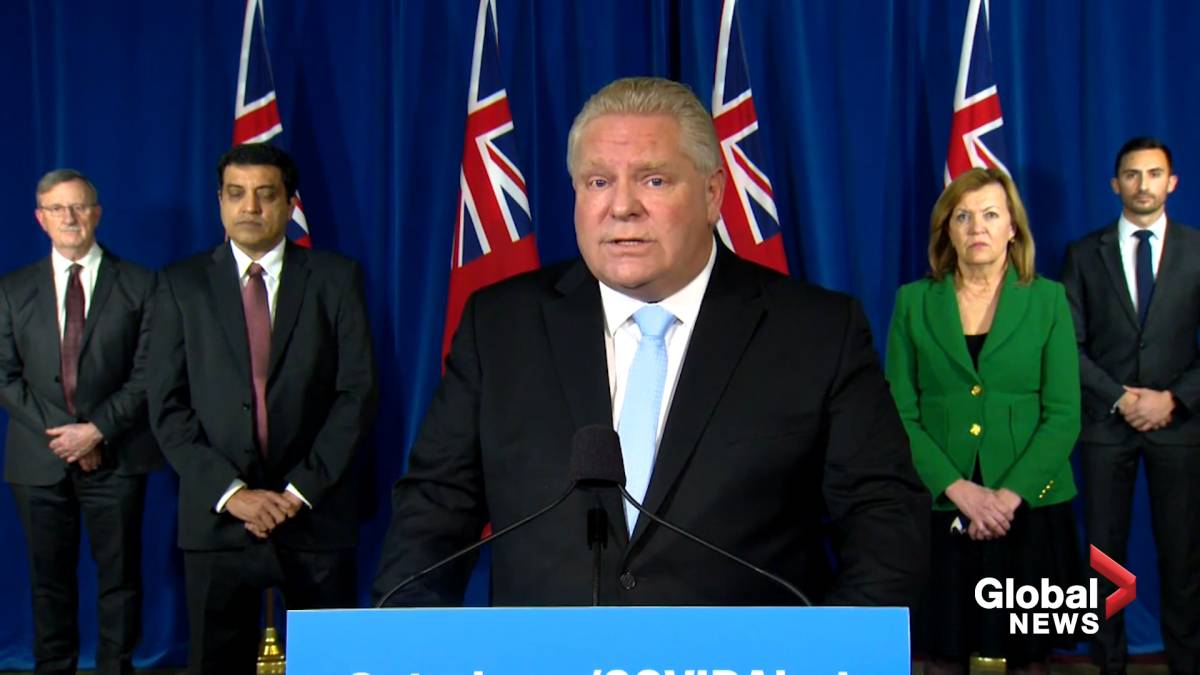 In preparation of a post-holiday case influx, and to keep 15 per cent of capacity open to deal with incoming COVID patients, LHSC announced last week that it planned to reduce some services and transfer a number of patients from ward beds at Victoria Hospital to neighbouring health partners.

On Monday, Dukelow said — noting that, in general, patient transfers aren’t uncommon — they were able to quickly repatriate 21 patients over the last couple days.

“So these are patients that live outside of London, but had been receiving care here,” he said.

“Lastly, as of this afternoon, a total of four patients that are actually from London were transferred to regional facilities, and we anticipate more of that happening in the next couple of days.”

LHSC also plans to open an additional 26 beds at Victoria Hospital in January to compliment the 24 that opened there earlier this month following service reductions at University Hospital.

New modelling released on Monday shows that if the province’s COVID-19 case rate continues to grow between one to three pre cent, Ontario will have 3,000 to 5,000 new cases a day by the end of January.

In addition, it shows that under all scenarios, the province will see 300 intensive care unit beds filled within 10 days — double the 150-bed threshold where surgeries must be cancelled.

As of Monday, LHSC’s ICU capacity rates stood at 74 per cent for Victoria Hospital and 82 per cent for University Hospital — reasonable capacity, Dukelow says.

“We have some space right now, but as the number of COVID cases increases in the community and then hospitalizations and then ICU cases, that’s why we need that space,” he said.

On Friday, the province unveiled that LHSC would be among 17 hospital sites in the province to receive the Pfizer-BioNTech coronavirus vaccine over the next two weeks.

Near the end of the call, Dukelow said he had received word that LHSC had received some vaccine doses in the city, and that further details would be released soon.