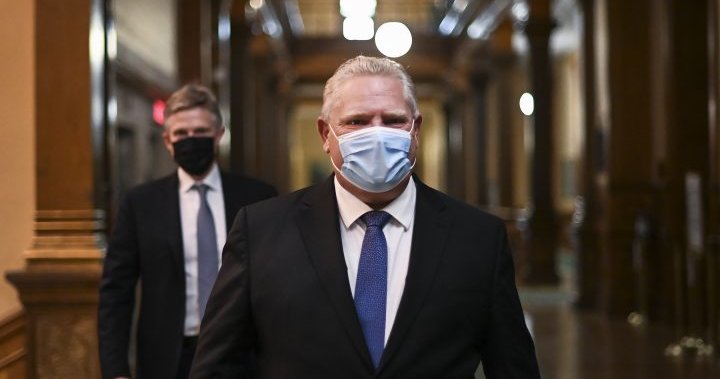 He says he knows people have “COVID fatigue,” but there is a vaccine. The economy will recover. The province will bounce back.

“We just have to hang in there,” Ford said. “There’s going to be some bumps in the road over the next little while.”

The empathetic tone has become part of Ford’s rhetorical repertoire in 2020, a year in which the unabashed political street fighter has attempted to transform into the province’s consoling father figure.

Ford started the year in much the same way he has governed since leading the Progressive Conservatives to a decisive electoral victory in 2018 _ constantly engaged in battle.

He was dogged by controversy over rebranded, and subsequently defective, licence plates. He was feuding with the province’s teachers unions during tense contract talks. And he vowed to launch his 2022 re-election campaign this year.

The COVID-19 pandemic changed everything.

“He became ‘Premier Dad’ to everybody and he found that empathy,” said Amanda Galbraith, a principal at public relations firm Navigator and former communications director for Toronto Mayor John Tory,

“Do I still think that political street fighter is in there? Absolutely … But he’s learned to temper it.”

Ford’s near-daily press conferences since March, which only recently became less frequent, delivered a sense of accountability during an uncertain time, Galbraith said.

“It really is a huge departure from the past and I think it’s really borne fruit for him,” she said.

“He was everyone’s right-wing uncle and then all of a sudden … we’ve seen that he cares a lot about what’s happening in the province and he’s even showing a bit of his vulnerability at times, his frustration at times,” he said. 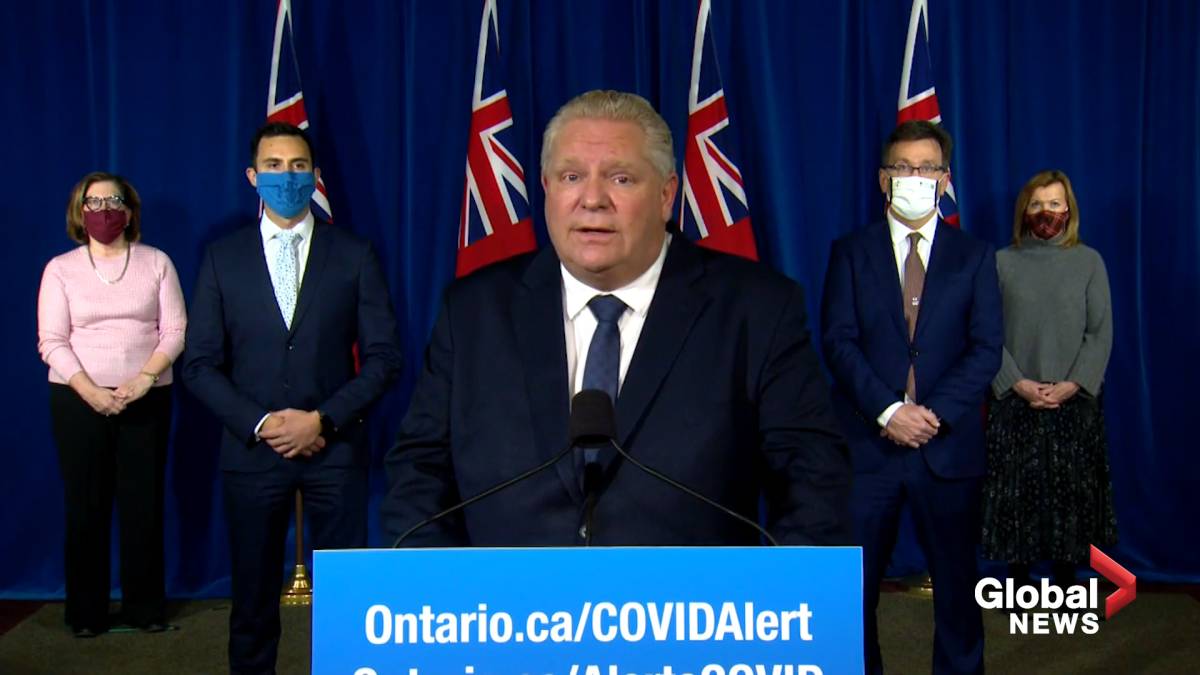 4:27Coronavirus: Ontario Premier Doug Ford says he can’t leave Ottawa open when everything else is shutdown

One political observer said, however, that what the public has seen of Ford is a natural extension of his populist persona.

“(Ford) had to act and seize the moment, and I don’t think you should take that away from him, but it probably didn’t require a lot of growth,” said Peter Graefe, a political science professor at McMaster University.

As the pandemic wears on, with the province in the throes of a second wave, the shine may be coming off for Ford.

Earlier this fall, the premier’s back-to-school plan created controversy with some parents and teachers unions who demanded the province spend more to shrink classes and hire more staff.

Ford’s government has also faced heavy criticism over rising deaths in long-term care from COVID-19 despite the premier’s pledge to build an “iron ring” around nursing homes. 2:21Coronavirus: Ontario premier demands airport testing or says he will move to do it

Coronavirus: Ontario premier demands airport testing or says he will move to do it

And with a second provincewide lockdown beginning on Boxing Day, small business owners and some municipal politicians are angry at the government.

Cristine de Clercy, an associate political science professor at Western University, said 2020 has shown Ford to be a “very astute manager of the moment,” but that moment could be about to shift again.

“There is a lot of potential for this train to go right off the tracks,” she said. “The premier is on a tightrope, really from here on in through the next election.”

Headed into the new year, Milloy said Ford is vulnerable in a number of ways.

The government must address the perception that it cannot clearly communicate its own pandemic restrictions, he said.

Ford’s government also hasn’t been able to tamp down the sort of partisan fights that plagued it earlier in its term, Milloy added.

In recent weeks, controversial changes the government made to conservation authorities have made headlines. Ontario also passed a bill that could grant university status to a Christian college run by a controversial Ford supporter. Both have drawn criticism from opposition politicians and other critics.

“There’s a lot more that you can relate to (with Ford), but there is part of his agenda which I think still concerns people,” Milloy said.

The pandemic may also prevent the premier from fulfilling some key campaign promises he made when he took power in 2018.

Ford has acknowledged that record spending to fight the pandemic means a pledge to balance the budget by 2023-24 is out the window.

That also draws into question the government’s ability to pay for a cut to middle-class income taxes by 20 per cent. The tax cut was to cost the government $2.26 billion a year starting in the third year of its mandate — 2021.

“Everything is COVID, COVID, COVID, and after a while, if you’re a minister with a big to-do list, that must get really frustrating,” he said.

Graefe said Ford will soon face the challenge of reconciling the need to spend on the pandemic with his promise to get the province’s finances in shape.

“I think the challenge is figuring out what the (Progressive) Conservative party’s offer for Ontarians is in under two years’ time,” he said.