‘Thank you, Santa’: Taz of FM96 opens up about COVID-19 diagnosis over holidays

‘Thank you, Santa’: Taz of FM96 opens up about COVID-19 diagnosis over holidays

A long-time London radio personality is adding his name to the list of local residents who have contracted the coronavirus during the pandemic.

FM96 DJ Chris George, known on-air as Taz, revealed his positive diagnosis publicly for the first time Monday morning, telling listeners and co-host Jim Kelly that he had been tested for the virus at University Hospital over the holidays and received a positive diagnosis on Christmas Day.

“Thank you, Santa. COVID positive,” he told 980 CFPL in an interview that will air Tuesday on The Morning Show with Devon Peacock. (Disclosure: FM96 is owned by Corus Entertainment, the same parent company as 980 CFPL and Global News.)

“I knew I had it before I got my test results back,” George said.

George said he’s grateful that, given the provincewide lockdown, he didn’t see many people over the holidays, and that his symptoms were relatively mild in comparison to others in his bubble, not to mention those at the hospital.

“Everybody’s symptoms were different. One of the people that got infected had extreme headaches, chills — 48 hours of hell is how they described it. After that, they were feeling fine… Another person had more cold-like symptoms, blown their nose, coughing stuff up, tightness in the chest,” he said.

“The anxiety, I’d say, was the worst part because we spent a year seeing and hearing the horror stories about what this disease can do, so when you get the the word that you tested positive, I think it’s natural to start freaking out. I definitely did.”

In his case, George said his symptoms presented as “a real bad sinus headache” that lasted for a couple of days, in addition to the loss of smell and taste which lasted close to nine or 10 days.

“We had a beautiful prime rib all ready to go for Christmas Eve. I still ate it, but the hot horseradish wasn’t the same,” he said.

“And that’s a warning,” he added jokingly. “If you do lose your sense of taste, don’t try and show off by eating tons of hot food, because you don’t lose the other end of the transaction.”

In going public with his positive diagnosis, George said he hoped to emphasize to the public how easily the virus can spread.

“A number of people that I know all ended up getting it because one person in our bubble had it and that’s it. It just finds a crack, it gets in, and then it’s just like wildfire.”

George says he has since been given the all clear from the health unit and gradually regained his sense of smell and taste.

“I’ve never been happier to smell a fart, let me tell ya,” he said with a laugh. 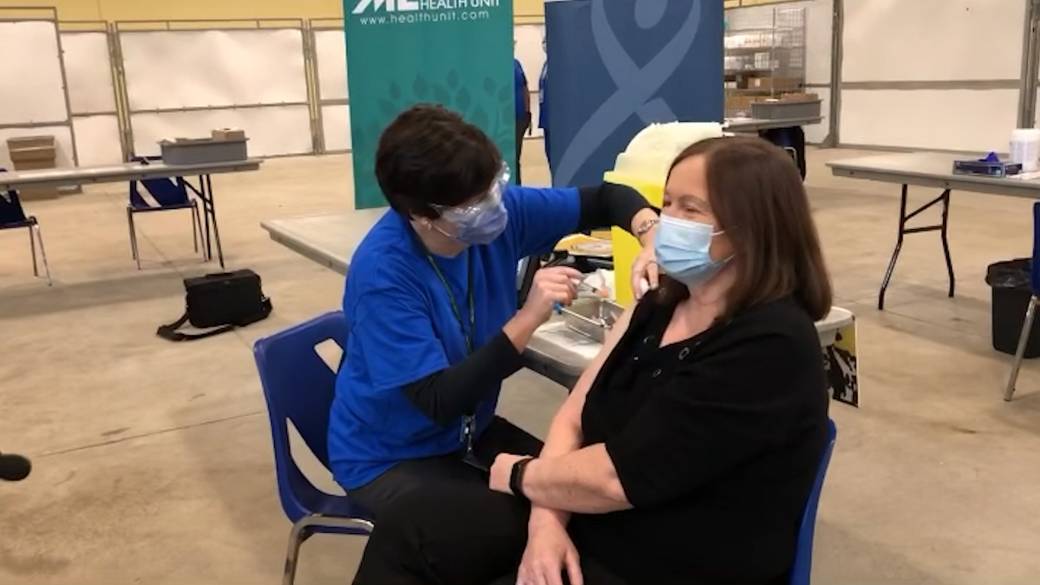