The London Health Sciences Centre says it is making an effort to complete as many surgeries as possible, but some surgery cancellations have occurred due to “constrained resources.”

Cases of COVID-19 continue to surge in the London, Ont., region with the Middlesex-London Health Unit recording at least 599 cases in January — more than each preceding month of the pandemic with the exception of December 2020, which recorded 1,723 cases.

The volume of surgeries tends to dip over the holidays to around half capacity, but LHSC warned in late December that an expected post-holiday case deluge would make it difficult to ramp back up to typical levels.

“We are at 60 per cent of our operating capacity at UH (University Hospital) as of today. So nine of 15 operating rooms. And 70 per cent at (Victoria), so 14 of 19 operating rooms,” LHSC’s chief medical officer Dr. Adam Dukelow told Global News on Wednesday.

In a statement, LHSC’s department of surgery chief Emil Schemitsch said that “we revisit planned surgical volumes for all surgical services at least daily” and that this “can unfortunately result in the cancellation of scheduled surgeries.”

Schemitsch added that some surgeries were cancelled on Monday and Tuesday of this week due to “rising COVID pressure in the region” and “potential human resource constraints.”

Dukelow said LHSC wants to complete as many surgeries and procedures as possible while also keeping them safe and “not wear(ing) people down too much.”

“We try not to schedule people that we don’t think we’re going to be able to do their procedure or surgery on. But in the case that we do have to cancel them because of the constrained resources then they do receive a call directly from one of our team members.”

As of Wednesday, Dukelow says some operating rooms have been converted to allow for ambulatory surgeries that do not require an overnight stay.

“We want to be doing as much scheduled business as possible within the constraints that we have. So not surprisingly, our main constraints are bed space as well as people.”

Schemitsch said there are two new ambulatory ORs at Victoria Hospital in the main operating rooms and two at the Surgi-Centre, as well as two at University Hospital. 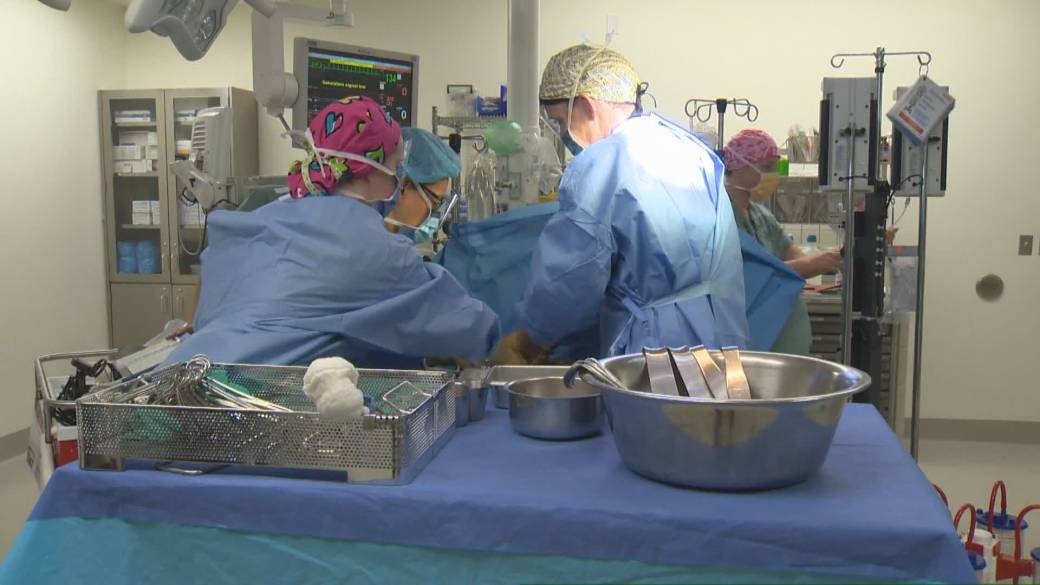 2:01Hospitals ramp down surgeries at University Health Network in Toronto because of COVID-19

Elsewhere in the region, Windsor Regional Hospital said on Dec. 30 that it will indefinitely postpone all non-urgent elective surgeries starting Jan. 4 as it grapples with COVID-19 hospitalizations that are rising “at an alarming rate.”

On Tuesday, surgeons say early ramp-down procedures are happening at hospitals in Toronto within the University Health Network, meaning some procedures could be delayed.

On Wednesday, Chatham-Kent Health Alliance announced it is cancelling elective surgeries starting Thursday as it redeploys staff to tackle record-high COVID-19 hospitalizations in the region.

— with files from Global News’ Matthew Trevithick and Katherine Ward as well as The Canadian Press.