The deaths are the 20th and 21st to be reported so far this month. The number of January deaths so far is already about half the number seen during the entire month of December.

The region has reported at least 999 cases since the start of January — December reported 230 cases in its first seven days. The number of cases reported so far this month is higher than every other month of the pandemic, except December which saw 1,724 cases with a notable surge in the latter half of the month.

The region’s test positivity rate stood at 5.3 per cent as of last week, up from 3.7 the week before, health unit figures released Wednesday show. Roughly 9,738 people were tested last week, down from 11,188 the week before.

Middlesex Centre has been the locale hardest hit by the pandemic, according to health unit figures. Despite posting just 189 cases in total since the pandemic began, the municipality’s incidence rate is equivalent to 1,069.4 per 100,000 due to its smaller population.

There were 40 COVID-19 inpatients in the care of the London Health Sciences Centre as of Friday.

The number of people in critical or intensive care due to COVID-19 stood at 11.

The number of active staff cases at LHSC stood at 32, the organization said.

At St. Joseph’s Health Care London, no COVID-19 inpatients were reported to be in the care of St. Joseph’s Hospital, but staff cases within the organization as a whole rose by five to a total of 18.

Four of the new staff cases appear to be linked to an ongoing outbreak at Mount Hope Centre for Long Term Care, which has infected at least 22 residents and 12 staff members and left two dead.

According to the health unit, at least 304 people have been hospitalized for COVID-19 during the pandemic, including 58 who have needed intensive care.

Earlier this week, LHSC’s chief medical officer, Dr. Adam Dukelow, told 980 CFPL that increased pressures from the COVID-19 pandemic had resulted in some surgery cancellations. How many isn’t clear.

They were both declared Saturday.

Three outbreaks continue at Victoria Hospital, located at B41 Antenatal, D5-300 and D7-200.

Elsewhere, outbreaks remain active at the following facilities, declared on:

Since March, the region has seen at least 84 institutional outbreaks in London and Middlesex, including at least 58 at local seniors’ facilities.

Seniors’ facility outbreaks alone are tied to at least 283 resident and 262 staff cases and 57 deaths.

All schools in southern Ontario will remain closed for in-person learning until Jan. 25, a move the province’s top doctor said was needed to protect students and staff from surging rates of COVID-19.

No new school cases have been reported in the region as of Sunday and no cases are currently active, according to the health unit.

At least 173 cases have been reported since the start of September that have been tied to schools or child-care centres, the health unit says.

Two outbreak declarations remain active — one at Covenant Christian School and one at Lord Dorchester Secondary.

Dr. David Williams said Thursday that students in 27 southern regions would be taught entirely online as the government looked at adding new safety measures in schools.

All students are currently learning online as part of a provincial lockdown that began Boxing Day.

The province said northern Ontario students will still return to in-person classes on Monday, but a lockdown in that region that was to lift this weekend will be extended for two weeks.

However, the MLHU noted that there is “very little vaccine” currently available in London and Middlesex.

Earlier this week, LHSC officials said roughly 500 people are being vaccinated daily, with the hope of doubling that number in the near future.

Provincially, the Ford government says 14,932 vaccination doses were administered as of Friday morning, with 87,563 administered in total.

Ontario said earlier this week that all long-term care residents, workers and essential caregivers in COVID-19 hot spots will be vaccinated by Jan. 21.

It comes as the region recorded a 5.3 per cent test positivity rate as of last week, according to figures released Wednesday by the health unit. The rate is up from 3.7 per cent the week before.

Both centres are continuing to operate by appointment only. Appointment testing for certain asymptomatic people is also continuing at some local pharmacies.

The Carling Heights centre has recorded between 454 and 537 visits per day between Dec. 31 and Jan. 7, according to the health unit.

Current average visitation rates at Carling Heights are among the highest the facility has seen during the entire pandemic.

Oakridge Arena, which was closed over the holiday season, reopened on Monday and has seen between 318 and 369 visits per day so far this week.

The province says the positivity rate for the last day was 6.2 per cent, which is up from Saturday’s report, when it was 5.3 per cent, and up from last Sunday’s when it was 5.6 per cent.

With Sunday’s update, there are at least 379 active cases in the county. Of those, at least 125 are in Tillsonburg, while 60 are in St. Thomas.

So far this month, the region has reported 433 cases and 17 deaths — more than half of all deaths seen in Elgin and Oxford during the pandemic so far.

The region posted a record single-day case increase of 75 on Jan. 2, and last week saw a test positivity rate of 6.2 per cent, according to figures released this week.

A new institutional outbreak has been declared at Extendicare involving one staff member.

The Maple Manor Nursing Home is the most severe outbreak recorded in the region so far, clocking in 80 resident cases, 44 staff cases and nine deaths.

At PeopleCare, at least 35 residents and 32 staff have contracted the virus and at least five people have died at the facility.

Outbreaks also remain in place at the following locations, as declared on:

At least 24 outbreaks have been declared in the region at 18 separate facilities.

No new school cases appear to have been reported in the region. No cases are active at schools in the region that are operated by the Thames Valley District School Board or the London District Catholic School Board.

The health unit defers updates about school cases to the boards and to the province, which has paused the updating of its online database amid the remote learning period.

At least 64 school cases have been reported in the region since the school year began, most of them in Elgin County.

By location, St. Thomas has the highest number of overall cases, narrowly beating out Aylmer which despite its small population has primary had the highest cases daily. St. Thomas has seen 300 cases, has an incidence rate of 771 per 100,000. 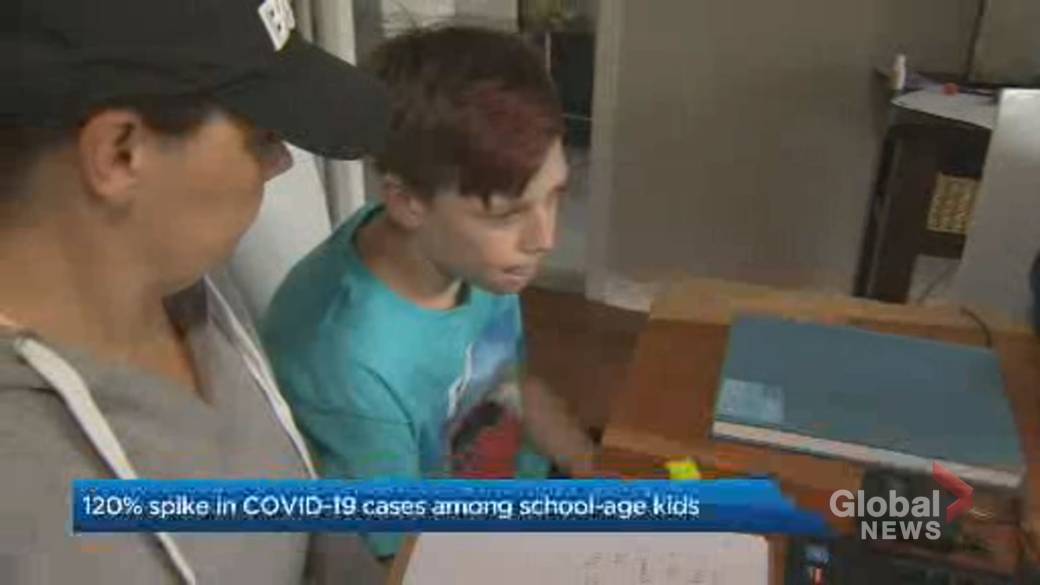 As of Saturday, the region’s total case count stood at 847, of which 716 have recovered and 24 have died, most recently Friday.

The region has reported at least 142 new cases and two deaths since Jan. 1.

As of Saturday, at least 107 cases were considered active in the region.

It’s unclear whether any new cases have been reported as part of an outbreak involving the Stratford Fire Department. At least five members of the department have tested positive.

An outbreak is active at Caressant Care in North Perth, linked to nine resident cases and one staff case. The outbreak was declared active on Jan. 4, but only recently appeared on the health unit’s website.

An outbreak was also declared on Jan. 7 at Greenwood Count in Stratford involving one staff member.

Elsewhere, six other outbreaks remain active in the region — four at long-term care homes and two at retirement homes. The outbreaks were declared active on:

At least eight cases remain active at schools under the Avon Maitland Board. The cases were confirmed on:

Of the region’s total case count, 363 cases have been located in Perth County, including 201 in North Perth and 121 in Perth East.

Read more:
Community sacrifices must be made to ensure coronavirus safety in schools: experts

Lambton County has reported at least 376 cases since Jan. 1, health unit figures show. The region’s test positivity rate stood at 6.8 per cent as of last week.

At least 190 cases remain active as of Sunday.

The Health Unit does not update specific data on the weekends. Information posted below was last updated Friday.

Seven outbreaks remain active at long-term care and retirement homes in the county, linked to at least 17 cases. They were declared on:

At workplaces, at least seven outbreaks are still active, linked to 29 cases. The names and locations of the workplaces have not been made public.

The most recent workplace outbreak was declared on Jan. 3, tied to six cases as of Friday.

The Lambton Kent District School Board says it will not be reporting case data during the mandated remote learning period.

The St. Clair Catholic District School Board, meantime, has not updated its online COVID-19 page since before the holidays.

One school outbreak declaration remains active, located at Confederation Central School, according to the health unit.

At least 75,516 people had been tested in the county as of Jan. 2, the most recent figures available.

The region’s test positivity rate was 6.8 per cent that week, a jump from the 3.3 seen the week before and the 0.86 seen during the week of Dec. 6.