Online coronavirus vaccine tool estimates when Canadians will get their shots

Online coronavirus vaccine tool estimates when Canadians will get their shots

As coronavirus vaccines are being gradually rolled out across Canada, one lingering question on most people’s minds is when their turn will come to get the shot.

Now, an online tool may just be able to help answer that question.

Read more:
Why jumping the coronavirus vaccine queue is a problem

Co-developed by a recent master’s graduate from the University of Guelph, the Vaccine Queue Calculator for Canada projects the number of people that are ahead in line for the vaccine, based on someone’s age, profession, community and other risk factors. It also provides a rough range of dates of when someone will be able to get the shot.

Jasmine Mah, a web content developer in her late 20s from Toronto, says she is behind at least 12,217,781 Canadians who will need a COVID-19 vaccination, according to her tool. The app estimates she will get the vaccine after early July.

“This calculator is a general idea, an overview and it is a best-case scenario,” she told Global News.

“The numbers that we’re using are from the government — their projection that all Canadians will be able to get vaccinated by the end of the third quarter,” Mah explained.


7:40Canada buying up vaccines ‘as quickly as we can’: LeBlanc

Canada buying up vaccines ‘as quickly as we can’: LeBlanc

The tool was created for the Omni Calculator Project, based on the priority list recommended by the National Advisory Committee on Immunization (NACI). A similar calculator was originally developed for the rollout in the United Kingdom by Mah’s colleague Steve Wooding, who also helped her with the one for Canada.

Kerry Bowman, a bioethicist at the University of Toronto, called the web tool “theoretically useful,” but said it has its limitations because of a series of unknowns around supply and distribution, as well as the lack of adherence to vaccine protocol in some hospitals.

“I think it’s a great idea. People have a right to at least have some sense of what’s going on,” Bowman told Global News.

But he added, “Any algorithm is only as good as the information you programme it with and there are so many unknowns that I just don’t see how you could programme that effectively at this point.”

Mah said she was also considering creating a provincial tool, given all the differences in provinces’ rollout plans.

“For Canada, the really difficult thing is that we have our national guidelines, but every province is responsible for designing the rollout for their own people and for each territory and so there are going to be differences between the provinces and this calculator,” she said.

Read more:
As coronavirus vaccine rolls out, majority of Canadians optimistic about 2021: Ipsos

According to a new poll by the Angus Reid Institute released Monday, more than 50 per cent of Canadians say the amount of time they think they will have to wait to be vaccinated is “too long.”

The same survey also reported a 12 per cent increase over the last month in the number of people saying they plan to be inoculated as soon as possible. 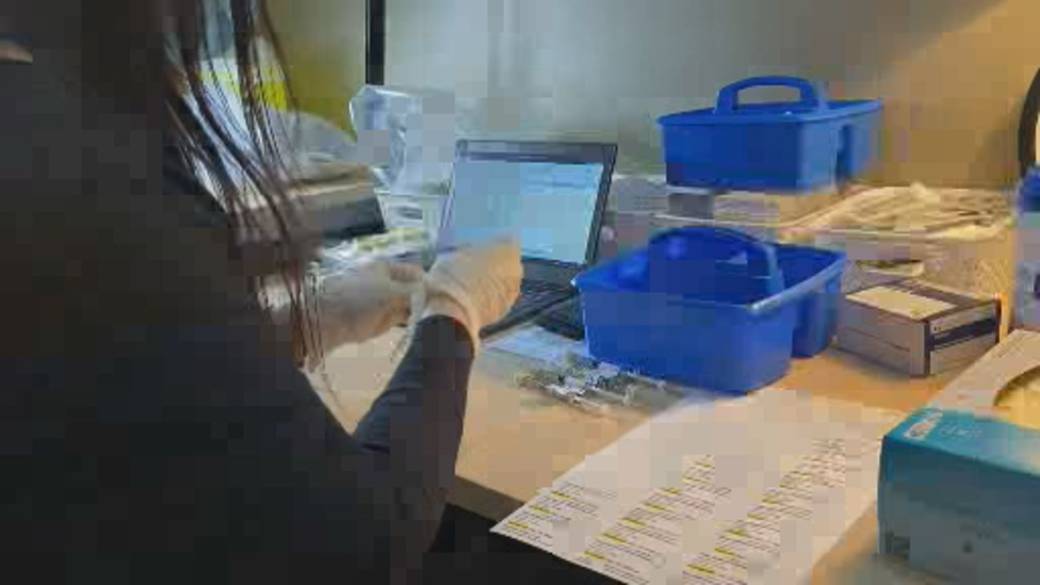 Mah said the motivation to create the Vaccine Queue Calculator is to allow people to get a good sense of the timeline before their lives can go back to normal.

In the initial stages of its rollout that began last month and is expected to stretch into March, Canada is prioritizing the vaccines for front-line health workers, long-term care residents and workers, the elderly, and Indigenous communities.

In the second stage, as additional vaccines and supplies become available, vaccines will be offered to residents and staff of all shared living settings, as well as essential service workers at high risk of infection.

“The biggest group is stage three, which is about half the population at least, and we all want to know, right?” Mah said.

The federal government has come under increased scrutiny over the pace of the rollout so far, as Canada lags behind countries like Israel, United Arab Emirates, Bahrain, and the United States in terms of per capita vaccinations. Some provinces have criticized the speed of delivery and distribution.

Since mid-December, Canada has distributed 548,950 of the Pfizer and Moderna vaccines. More than 342,484 Canadians have received at least one dose of an approved COVID-19 vaccine. That means 62.4 per cent of the doses delivered have been administered.

Prime Minister Justin Trudeau says a majority of Canadians should be vaccinated against the coronavirus by September 2021, but the fall target could hinge, in part, on the approval of other candidates, according to Public Services and Procurement Minister Anita Anand.