The move from LHSC’s board of directors was announced on Monday and arrived just days after it was revealed Woods had travelled five times to the U.S. since the onset of the COVID-19 pandemic, most recently from Dec. 19-25.

Read more:
‘He could no longer lead’: Paul Woods ousted from LHSC after 5 trips stateside

“This decision responds to hospital and community concerns about recent news of Dr. Woods’ travel outside Canada during the pandemic,” said LHSC.

“It has become clear that this situation has affected the confidence of staff, physicians and the community in Dr. Woods’ leadership.”

Monday’s decision marks a change of heart from the statement LHSC issued on Friday of last week, which had revealed Woods’ pandemic travels, along with the board’s support for “his continued leadership of LHSC.”

While the latest statement indicated the decision was tied to emerging concerns, Richard LeBlanc, a professor in governance, law and ethics at York University, thinks it was also a matter of board members weighing in.

“I suspect what happened, and I’m speculating but I think it’s probably accurate, is several directors weighed in over the weekend and said, ‘listen, this brings reputational harm to the company, I certainly have not left the province,’ and discussions were had and possibly an emergency meeting,” Leblanc said.

“Let’s face it: You’re sitting on a board and your colleagues, professionally and personally, are saying, ‘well, hang on a second here, your CEO was jet-setting and breaching rules of the pandemic and this person works for you,’ so directors are also cognizant of their personal reputation as well.”

There has been no indication as to whether Woods will receive a severance package following his dismissal.

When Global News asked LHSC specifically about whether Woods would receive severance, a spokesperson responded via email, “LHSC will not be commenting further at this time.”

It also hasn’t been indicated whether Woods’ termination was with cause or without cause, which would be the deciding factor on whether he receives a buyout, according to his contract with LHSC.

“Should cause be found, there would be no severance payable. For that reason, the bar to establish just cause is very high,” said Chris Justice, a Toronto-based employment lawyer with Samfiru Tumarkin LLP.

“Before any employer really embarks down a with cause dismissal, they really need to consider the extent to which there was misconduct and whether or not any alternative can be considered.”

Justice says LHSC’s publicly stated change of tone regarding Woods’ pandemic travels should be considered when trying to figure out whether his termination was with or without cause.

“If the hospital thought that the behaviour, albeit while maybe reckless, was nonetheless not severe enough to cut ties, but then they kind of changed their tune, it may not be the case that cause can be found,” Justice said.

The employment lawyer adds that this change of tone has the potential to hinder a claim for termination with cause.

“Not to say that the employer is dead to rights in that context, but certainly it’s something that in other cases, maybe not specifically relating to this one, that’s been considered and actually has been fatal to the claim for just cause,” Justice said.

Woods’ dismissal on Monday marked the second time in a week that LHSC has seen a departure from a top executive, with former vice president of clinical programs Julie Trpkovski leaving the organization on Jan. 5.

Chief medical officer Dr. Adam Dukelow told reporters during a virtual briefing on Monday that LHSC won’t be hindered by the recent changes among the top brass.

“Losing two senior leaders has the potential to be problematic, however I am confident, 100 per cent confident, in the senior leadership, and most importantly our frontlines, that we will continue to be laser-focused on responding to the pandemic,” Dukelow said.

An interim president and CEO for the hospital network is set to be announced in the coming days. 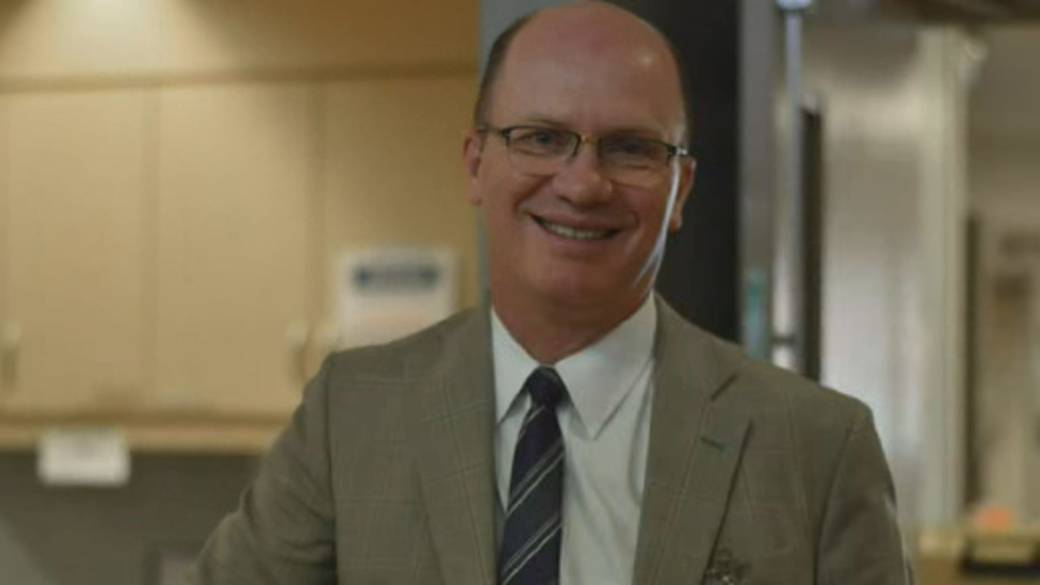