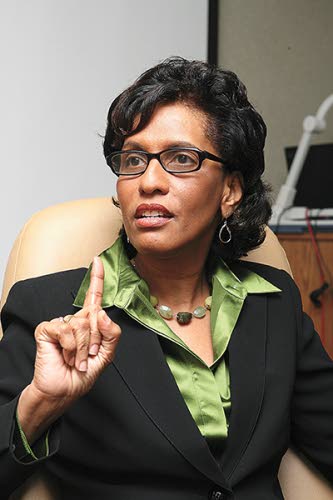 FORMER PNM finance minister Karen Nunez-Tesheira will participate in a UNC round table on Monday on the recent procurement bill due to her concern over TT’s long-standing bad reputation for corruption, she told Newsday on Friday.

The bill, which was passed by Government senators plus one Independent Senator last December, excludes government to government deals from the parent legislation – the Public Procurement and Disposal of Property Act.

Nunez-Tesheira said, “It is about being a citizen of TT. I feel very strongly about procurement legislation. We have to think about not just today but future generations.

“TT has got a very bad reputation for corruption.”

Referring to comments from the Law Association of TT (LATT) and President Paula-Mae Weekes on the issue, she said, “I feel I’m in good company.”

She said now was your opportunity to put up guardrails against any repeat of alleged past abuses.

Nunez-Tesheira, former D’Abadie/O’Meara MP in the Patrick Manning government of 2007 to 2010, told Newsday did not view herself as a good fit in the PNM at present but said she remains in support of the party’s basic principles.

She said her participation next Monday was rooted in her having met UNC public relations officer Kirk Meighoo when both were guests on a chat-show held by radio station, WESN, founded by former Port of Spain mayor Louis Lee Sing. She said the round table was a citizen-focussed event across the political divide.

Meighoo, in a recent statement, said Nunez-Tesheira, former Senate president Timothy Hamel-Smith and environmentalist Gary Aboud were all “joining forces” with Opposition Leader Kamla Persad-Bissessar and Senator Wade Mark in the round table on bill recently passed by the Government despite public outcry.

Meighoo said the Public Procurement and Disposal of Public Property Act was the single most important tool in TT’s history to stop corruption.

“After many years of struggle to get the original legislation passed and, later, to get it implemented, in December 2020, the government inexplicably laid amendments in Parliament to weaken the act, and thereby allow corruption to continue,” Meighoo said.

He said almost the whole population, civil society, community groups, the business community and trade unions, had opposed the gutting of the act by these amendments.

“Despite this outburst of unified public opinion, the government persisted with implementing these amendments.

“After its passing, the deputy chairman of the Procurement Board resigned in protest, infamously calling it the ‘final emasculation’”.

Meighoo said all is not lost.

“There is still hope. A window of opportunity still exists since the amended act has not yet been operationalised.” The regulations which will make the legislation effective have not yet been finalised.

To this end the UNC’s round table will seek to mobilise public support to repeal the procurement amendment and save the single most important tool against corruption TT has ever had.

“This issue transcends political affiliations, class positions, regional locations, and any racial or religious classifications. It is for the collective future of our country and the future of our children.