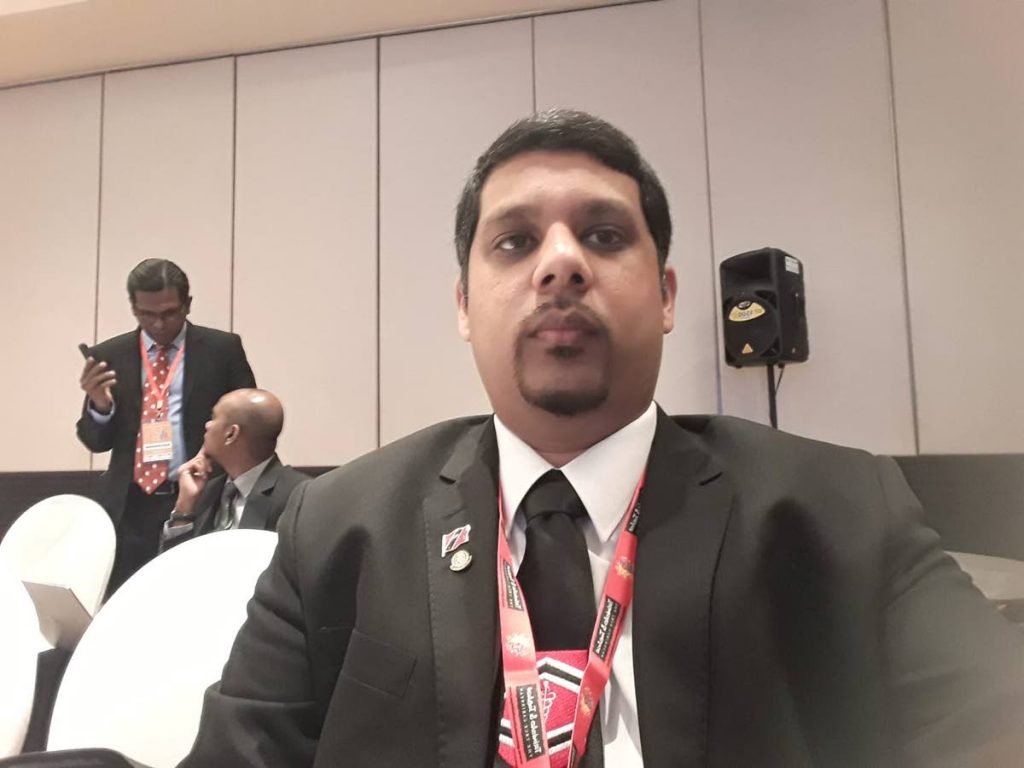 The Trinidad and Tobago Medical Association (T&TMA) says it is ready and willing to work with the government in the upcoming covid19 vaccination distribution process, scheduled to begin in March, as well as any sensitisation sessions.

Dr Vishi Y Beharry, the new president of the T&TMA made the statement after he was installed on Saturday evening at the association’s virtual presidential inauguration and conferring of honours ceremony.

Earlier, Health Minister Terrence Deyalsingh called on the association to support the country’s vaccination drive. He did so after announcing that around 4pm on Saturday, the Pan American health Organization (PAHO) informed him, “all things being equal,” TT should receive 100,000 to 120,000 doses of the Oxford-AstraZeneca covid19 vaccine by the end of February or the beginning of March through the COVAX Facility.

He said the government was pursuing vaccine acquisition through three channels – the COVAX Facility, bilateral talks with vaccine manufacturers, and the Caricom covid19 vaccine initiative through the African Union – so this was only the first set.

The vaccine rollout is expected to take place in both the public and private health systems, and would include 23 public health facilities as future vaccination sites, as well as four mass vaccination sites.

“Imagine a polling booth on election day where you have one building but you have ten polling divisions. It is going to be like that, but bigger.

“Again the objective is, because of these variants, to vaccinate as much of the population as soon as possible to make sure the variants don’t get a hold in TT.”

Deyalsingh said the ministry already started developing standard operating procedures for the rollout and, although he expected “hiccups” with the process, he expected those to be smoothed out within a month.

Beharry said it was an honour and a privilege to be elected to serve as president for the next year.

“It is no doubt we are at a turning point in this journey of continuing to build the legacy of this association. We all know that it was not easy steering this ship in 2020. I expect it to be no less of a challenge going into 2021 as we continue to face the exigency of the pandemic.”

A member of the T&TMA for the past seven years, Beharry did not promise to transform the organisation overnight, or organise new projects and initiatives. Instead, he promised to listen, learn and lead.

“Despite how lucky we are as a country facing this pandemic, it has certainly shown us that mental health is quite critical, and so in this coming year we hope to continue to support our colleagues by promoting mental wellness and prevention of health workers burnout.”

The association would also continue to treat, teach, mentor, educate, build its relationship with the Medical Students Association, advocate on behalf of patients and colleagues, and support all areas of medicine.

In addition to the installation of Beharry, at the ceremony, Prof Hariharan Seetharaman was awarded the T&TMA Scroll of Honour for his work in the fields of critical care and anaesthesia, medical education and bioethics.

Dr George Chamely, a former chairman of the Cancer Society, was awarded the Gold Pin of Honour for his work in the field of family medicine.

Chamely, in general practice for 46 years, said, “The mark of a good general practitioner is his or her ability to recognise a serious medical problem when that problem sits in front of you. Then time and speed becomes irrelevant.”

He advised doctors to recognise that everyone had limitations and there was no shame in referring a patient to an institution or consultant who could provide a higher standard of care. He also advised people to not make money the reason they go into medicine, or make money the focus around their practice.

Chamely also noted that medicine was an “ever changing science” and called on Deyalsingh to make continuing medical education mandatory in TT.