International air travellers touching down in Ontario will have to take a COVID-19 test upon arrival in Toronto starting Monday.

Premier Doug Ford announced the plan on Friday, saying it was the latest effort to stop new, more contagious variants of the virus from further infiltrating the province. The initial airport testing program will eventually be expanded to land-border entries.

Health officials in Ontario on Sunday reported 1,848 new cases of COVID-19 and 43 more deaths from the virus, bringing the provincial death toll to 6,188.

The federal government recently announced its own travel rules, saying last week that airlines were suspending flights to major sun destinations until the end of April.

Ottawa’s measures will also include mandatory PCR testing for travellers returning to Canada, and a hotel quarantine of up to three days to be paid for by the traveller.

Speaking to CBC’s Rosemary Barton over the weekend, Transport Minister Omar Alghabra said people should be prepared for the new measures to be in place “as soon as Feb. 4.”

“I can’t tell you if that’s exactly when it’s going to start, but I would ask people to be ready for it as soon as possible,” he said on Sunday.

The federal government, in a statement released Friday with initial details of the new rules, said the testing and hotel quarantine rules would apply to “all air travellers arriving in Canada, with very limited exceptions.”

-From The Canadian Press and CBC News, last updated at 6:30 a.m. ET

The Quebec government is believed to be loosening some of its COVID-19 restrictions as cases take a downward turn, but the premier has warned a nightly curfew will likely remain in place. 3:37

Canada passed another grim milestone over the weekend as the country’s COVID-19 death toll surpassed 20,000.

Chief Public Health Officer Dr. Theresa Tam noted in a tweet on Sunday that two weeks of “falling case counts across most jurisdictions tells us strong community-wide public health measures are working,” but she noted that in areas with “renewed activity” measures aimed at slowing the spread of the virus must be strong and sustained.

In British Columbia, one man was arrested and dozens were fined, with police alleging a man was using a penthouse as a makeshift nightclub.

In Saskatchewan, health officials reported 238 new cases of COVID-19 and four additional deaths on Sunday, bringing the provincial death toll to 304. Nearly half of the deaths recorded in the province have happened in the last month.

Quebec, which has seen the most cases and deaths of any Canadian jurisdiction, reported 1,223 new cases of COVID-19 and 31 additional deaths on Sunday. Radio-Canada reported over the weekend that Premier François Legault is considering easing some restrictions on businesses later this month amid a slowing in new COVID-19 cases.

Meanwhile, in New Brunswick, health officials reported 26 additional cases of COVID-19 on Sunday, bringing the total number of confirmed cases in the province to 1,256.

Here’s what else is happening across Canada:

-From CBC News and The Canadian Press, last updated at 7 a.m. ET

As of early Monday morning, more than 103 million cases of COVID-19 had been reported worldwide with more than 57.1 million of those cases considered recovered or resolved, according to a tracking tool maintained by Johns Hopkins University. The global death toll stood at more than 2.2 million.

In the Asia-Pacific region, Japan is expected to extend a state of emergency to fight the spread of COVID-19 this week for Tokyo and other areas as hospitals remain under pressure despite a decline in cases from their peaks.

South Korea will extend its physical distancing curbs by two weeks until the end of the Lunar New Year holidays as new COVID-19 infection clusters emerge in the country.

Western Australia state reported no new local COVID-19 cases on Monday, a day after it recorded its first case in 10 months that prompted authorities to enforce a five-day lockdown in the capital city of Perth.

In the Americas, Mexico City’s international airport will set up facilities to perform COVID-19 tests to help passengers who need to show they are free of the virus to enter other countries.

Peru began what was supposed to be a severe lockdown Sunday to combat surging COVID-19, but the order was widely ignored in the nation’s capital.

President Francisco Sagasti went on television urging Peruvians “to make an extra effort to contain the growing wave of infections and deaths.” His government told people in the capital and nine other regions to limit trips outside the home to 60 minutes and closed churches, gymnasiums, museums, libraries and other institutions.

But marketplaces were crowded. Even some bus drivers ignored mandatory face mask rules. Seventy per cent of Peruvians have no income if they stay home. The government says it will give $165 each to four million families — but only after the two-week quarantine. Hundreds of people crowded bus stations in Lima to head for less-restricted rural regions before terminals close later this week. Flights from Brazil and Europe have been cancelled.

In the U.S., Chicago Public Schools on Sunday delayed the resumption of in-person classes for thousands of elementary and middle school students by at least a day as the district and teachers failed to reach an agreement on a safety plan.

In Africa, Ghana plans to procure 17.6 million doses of COVID-19 vaccine by the end of June with the first doses arriving in March.

In Europe, the European Union said vaccine maker AstraZeneca has agreed to supply nine million additional doses to the 27-nation bloc during the first quarter. The new target of 40 million doses by the end of March is still only half what the company had originally aimed for, triggering a spat between AstraZeneca and the EU last week.

The EU is far behind Britain and the United States in getting its population of 450 million vaccinated against the virus. The slow rollout has been blamed on a range of national problems as well as slower authorization of the vaccines and an initial shortage of supply. 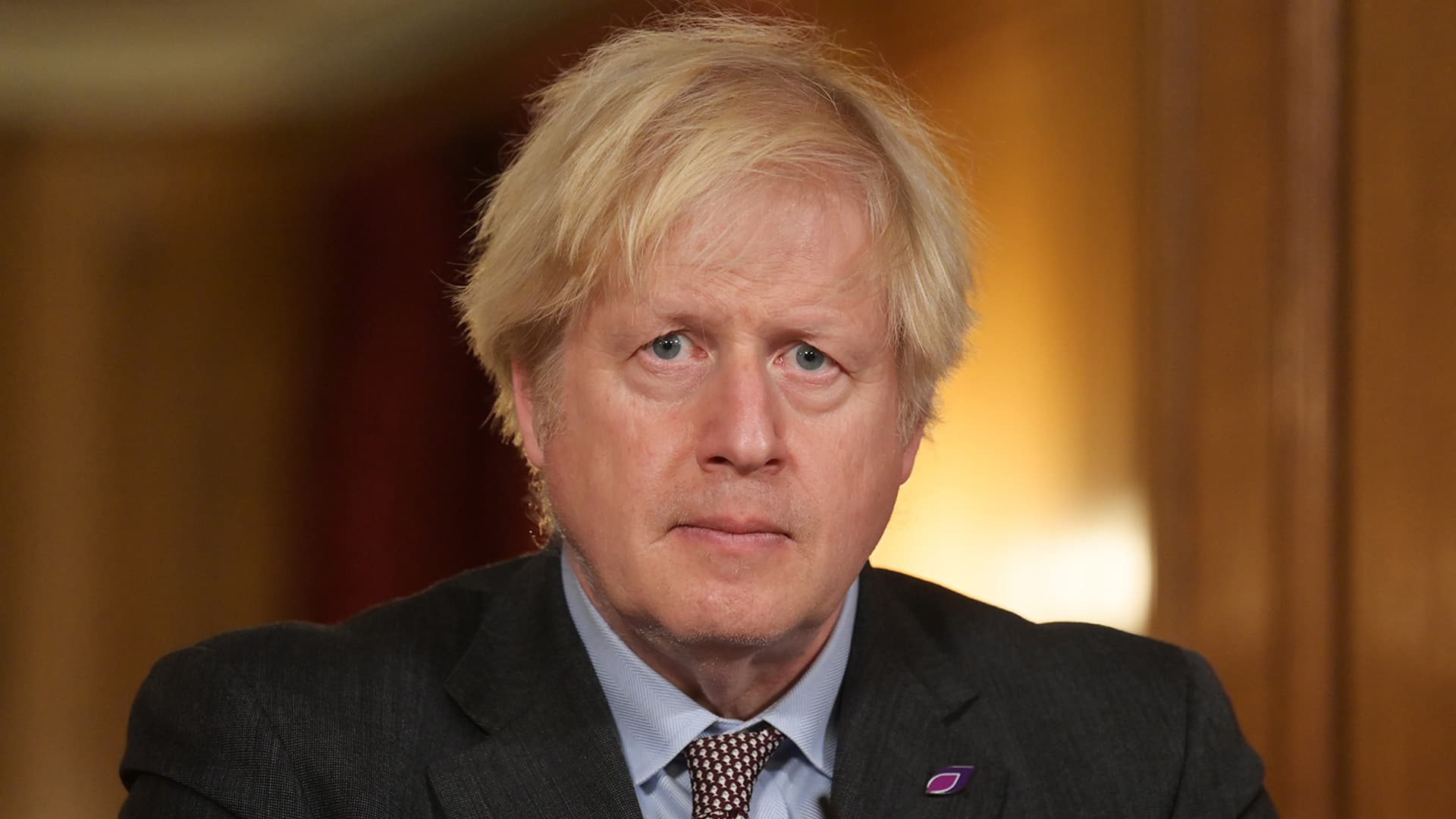 U.K. Prime Minister Boris Johnson’s leadership of the country’s COVID-19 response has faced harsh criticism by other politicians, health officials and the public as deaths from the virus topped 100,000. 8:31

In the Middle East, Israel extended a national lockdown as coronavirus variants offset its vaccination drive and officials predicted a delay in a turnaround from the health and economic crisis.

Saudi Arabia’s health minister said complacency around coronavirus restrictions had led to a notable increase in daily cases in the kingdom.

-From The Associated Press and Reuters, last update at 7:10 a.m. ET