Mothers call for support, not threats, as Sask. and P.E.I. end birth alerts Mothers call for support, not threats, as Sask. and P.E.I. end birth alerts

Saskatchewan and Prince Edward Island have become the latest provinces to end a controversial practice that allowed hospitals and social services to flag expectant mothers deemed to be high-risk so that — in many cases — their newborns could be seized.

The two provinces have banned birth alerts effective Feb. 1, following the lead of other provinces, such as B.C., Manitoba, and Ontario, which eliminated the practice in the last two years.

In June 2019, the National Inquiry into Missing and Murdered Indigenous Women and Girls said the practice was “racist and discriminatory,” and recommended provinces stop “targeting and apprehending infants from Indigenous mothers right after they give birth.”

Two women who have been the subject of birth alerts in Saskatchewan shared their experiences with CBC News and called for the tracking system to be replaced with support programs that help moms and babies stay together in a safe, healthy way.

Melissa April, a mother of three from Saskatoon who had birth alerts on all of her pregnancies, says “I’ve been through hell and back.”

In 2016, April was struggling with an opioid drug addiction when she discovered that she was pregnant. She began a methadone treatment program, which she believes triggered the first birth alert.

Under the birth alert system, a mother-to-be could be red-flagged on her medical records as a potential threat to an infant if she faced challenges — such as drug use, homelessness or domestic violence, or if she had previous interactions with the child welfare system.

Then, at the time of birth, the hospital would alert social workers who would often take the baby into provincial care.

A review of the birth alert process by the Manitoba government found no evidence that it increased the safety of children.

April’s daughter, Emma, who was born experiencing substance withdrawal, was apprehended by social services at the hospital within 24 hours of being born.

“It absolutely tore my heart out,” April, now 31, said. “It feels like somebody is reaching into you and pulling out your soul.”

April said she wasn’t actively using drugs in the final stages of her pregnancy, but never got a chance to prove it to authorities, nor received any offer of support to keep mom and baby together.

“They already made their decision before they got there,” she said. “I had no say, no nothing.”

WATCH | Melissa April describes how she was finally offered support in pregnancy after having two babies apprehended: 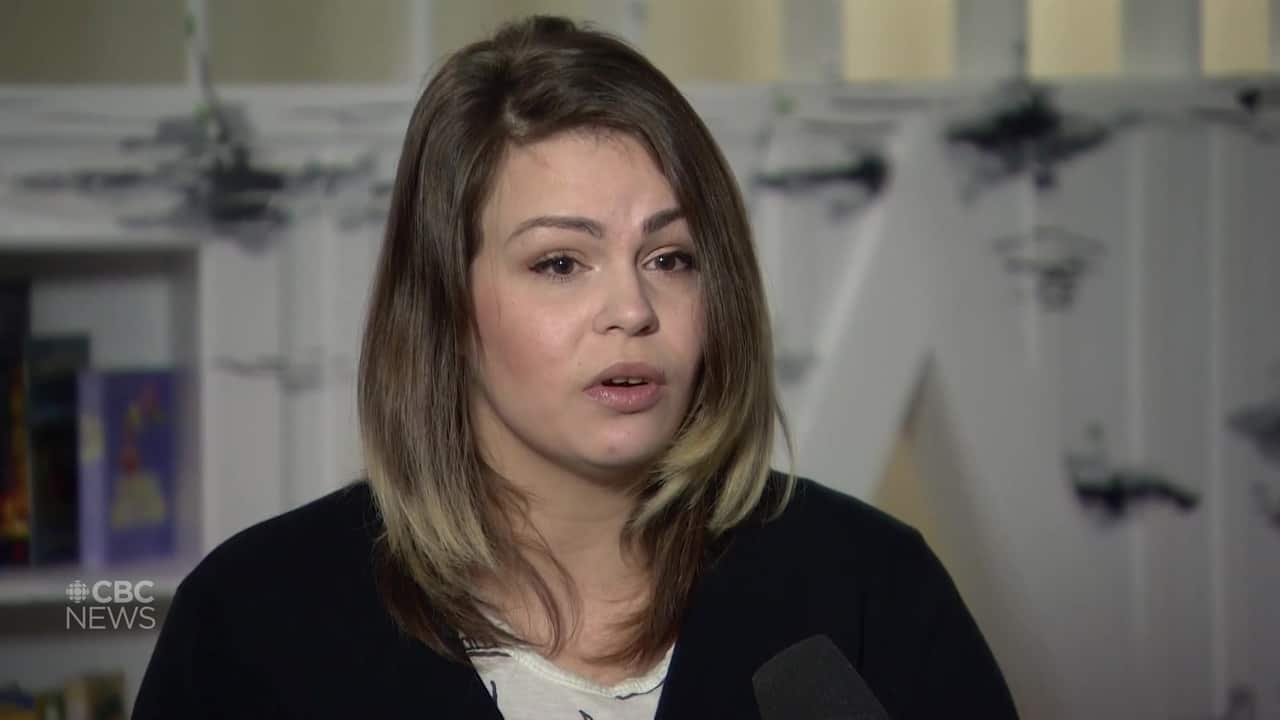 Melissa April knows the pain of having a baby taken from arms just hours after giving birth. She’s happy that Saskatchewan is eliminating the controversial practice of birth alerts, but says they need to be replaced with supportive pre-natal and postnatal programs for struggling moms. 2:06

After losing Emma, she said she spiralled, used more drugs, and eventually lost custody of her second daughter, Mya, in the same way. Both girls were placed in her sister’s care.

Then, in 2019, April became pregnant for a third time and a health-care worker took a different approach.

Her family doctor warned her that she would be the subject of a birth alert, again, but then gave her an option: a spot in a supportive care home for moms and babies called Sanctum 1.5.

“I jumped on it because I couldn’t have another child go into care,” she said. “If I could actually be a parent to my child, of course I was going to do so,” she said.

Arian Ross, 34, is also a recovering addict and mother who got help from a supportive housing program.

She feels differently about birth alerts, though.

“It helped me. That fear actually motivated me to stay clean, to not risk losing my child,” she said. “It was terrifying.”

In January 2019, the Regina woman was in the throes of a crystal meth addiction, living apart from her two children who had been apprehended and put into her mother’s care.

When a child protection officer who was handling her other children’s cases discovered that Ross was pregnant again, she warned Ross that she would have to flag her for a birth alert.

“I didn’t question it. I didn’t think anything negatively of it because I had known how much I had been struggling with trying to get clean and get my older children back,” Ross said, adding that she saw it as another “layer of accountability.”

| Arian Ross describes how she coped with a birth alert: 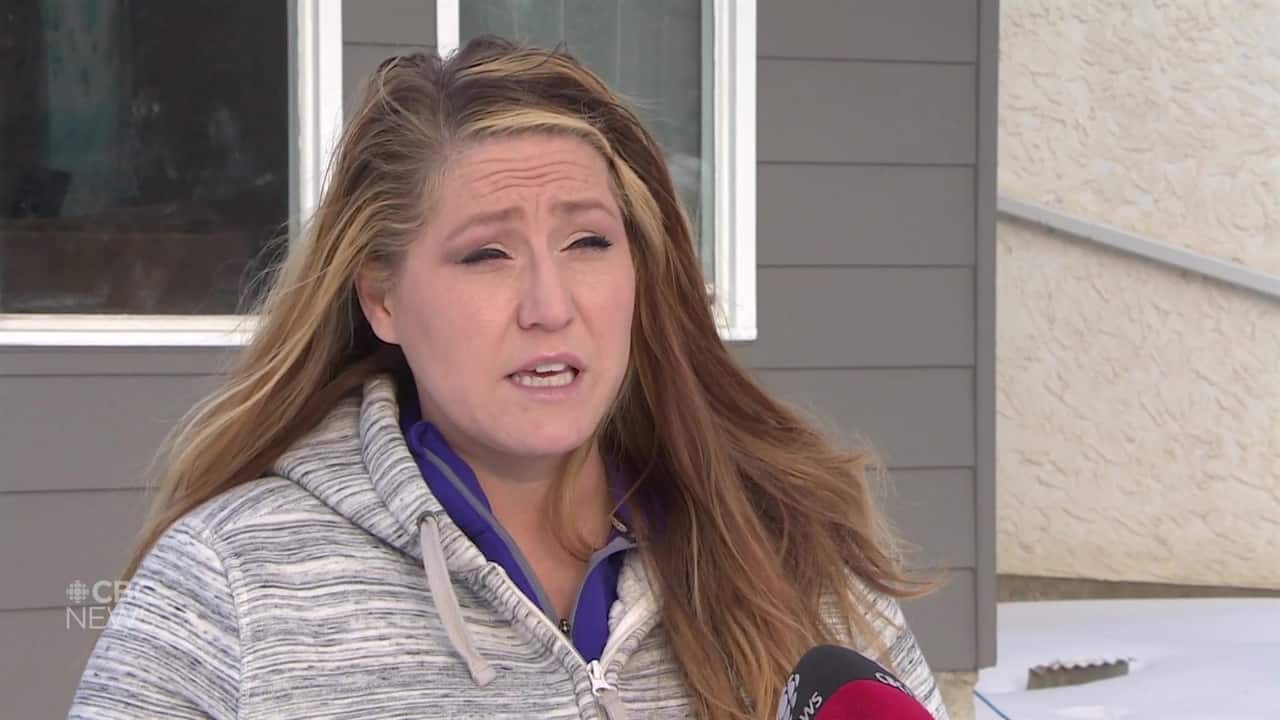 Regina mother Arian Ross has recovered all of her children and moved into her own home after getting help from Raising Hope, a supportive care home for recovering addicts and their families. She says moms should be supported rather than threatened. 2:11

While Ross sees merit in birth alerts — calling them as a “voice for that unborn child when the mother is really struggling” — she also believes alerts should be replaced with a more compassionate system that simultaneously supports moms and protects children.

“This is a good opportunity to look into different ways that women can be supported versus just threatened,” she said.

Ross entered a drug treatment program and then sought help from Raising Hope, a housing and support program in Regina that helps women with substance use issues stay with their children.

Her son, born in August 2019, wasn’t apprehended, and Ross eventually regained custody of her other children. A few weeks ago, the family moved out of the Raising Hope program and into their own house.

“So it’s really awesome,” she said. “I had no idea that within two years I could have a vehicle, be in university, have my children back and be doing amazingly well.”

Melissa April moved into the Sanctum 1.5 home when she was six months pregnant, where she received therapy, parenting classes and other supports. When her next daughter, Cassidy, was born, this time the newborn wasn’t apprehended.

“Walking out those [hospital] doors with her, I was in complete tears … it was just the best feeling in the world,” April said.

In December, April regained custody of her two older daughters and her family of five is doing “amazing,” she said.

“[Sanctum] showed me what it was like to be a mother and how I could do it. And it changed my whole outlook on life,” she said. “I’m really proud of myself as a mother.”

The care home has served 54 moms in a two-year period and usually has dozens of women on the waitlist.

Both April and Ross said pregnant women who are struggling would be more likely to seek help if they felt they would be met with support rather than threats or punishment.

“There just needs to be more options for new mothers to be able to go live with their baby and be able to nurture them and care for them, because honestly, as mothers, we’re the best for our babies,” said April.