Hasan Alam was a university student in Burnaby, B.C., when he experienced what it felt like to be singled out by Canada’s security intelligence agency because of his religion and affiliation with a student club.

Now, the Vancouver lawyer is among civil liberties advocates who are urging the Canadian government to find a more transparent way of tackling white supremacy and neo-fascism after 13 groups — including the Proud Boys — were designated terrorist entities last week and added to a list where the majority of entries are Islamist extremist groups such as al-Qaeda.

“I think the issue I have is utilizing Canada’s national security framework to deal with this problem,” Alam, a board member of the B.C. Civil Liberties Association, said in an interview with CBC News.

“I don’t think we can create a more just space and equitable society by using discretionary laws … that have perpetuated Islamic and xenophobic rhetoric.”

After the terrorist attacks on the United States on Sept. 11, 2001, he said, members of the Muslim community were treated as suspicious. Many lost their trust in Canada’s national security laws, and some who learned that informants with the Canadian Security Intelligence Service (CSIS) were being deployed in mosques and other places where Muslims gathered lived in fear, Alam said.

Alam said he started to question whether he was being “too Muslim” when in 2005, a CSIS agent came to ask him about his role as president of Simon Fraser University’s Muslim Student Association and if any of the members had recently travelled to the Middle East or Pakistan or had been attending the mosque more often.

“It made me feel like I was doing something wrong by simply asserting my identity as a Muslim,” he said.

“I was terrified after that encounter — not only because it drove home to me that I was probably being watched but also the vague criteria that CSIS was using to identify people who they deemed to be suspicious.”

In a Jan. 29 letter to Prime Minister Justin Trudeau and Public Safety Minister Bill Blair, written in the run-up to the government’s Feb. 3 announcement, the Ottawa-based International Civil Liberties Monitoring Group (ICLM) expressed its concerns about use of the terrorist-entities list.

“The discretionary nature of which organizations are added to the list is highly problematic and has resulted in the list perpetuating the harmful idea that terrorism and violence are primarily associated with non-white, non-Western and non-Christian communities,” the letter said.

According to the letter, the government’s use of the Criminal Code to label groups terrorist entities has been criticized by civil liberties groups for being a rights-violating process that has been primarily used against Muslims and other racialized groups.

“There are tools in Canada’s Criminal Code that can be used to protect our safety and address organized violence without needing to resort to anti-terrorism laws which undermine due process and violate our rights under the Charter of Rights and Freedoms,” ICLM said in its letter.

The terrorist-entity designation allows the government to make decisions behind closed doors based on information supplied by agencies such as CSIS that would otherwise be inadmissible in court, the group said.

The government, however, has argued that groups are added to the terrorist-entities list only after security and intelligence agencies have conducted an “extremely rigorous” probe and found “reasonable grounds to believe that an entity has knowingly participated in or facilitated a terrorist activity.”

“There’s been an escalation, not only in rhetoric, but security and planning,” Blair said of the Proud Boys when announcing that it would be among the groups added to the list last week.

“Countering this group has become an important priority for the government of Canada.”

Blair said he hoped the designation would send the message that the group’s actions would not be tolerated by law enforcement.

ICLM’s national co-ordinator, Tim McSorley, said the government should instead create a system where the group in question is informed that it’s being considered as a terrorist entity and given the chance to challenge the designation in court.

“We think that would be an effective tool … to ensure that it was being done in the open, and it would avoid a politicized process and one that relies on secret evidence,” he said.

A need to shift the rhetoric

For Alam and other members of the Muslim community, adding white supremacist organizations to the terrorist entities list is like “dealing with the symptom and not the underlying cause.”

He said designating members of hate groups as terrorists doesn’t change their ideology and those who subscribe to those beliefs continue to live in society.

“The Proud Boys of today are the neo-Nazis or the KKK of yesterday,” Alam said. “We know they come from all different segments of society. They are teachers, they are lawyers. … White supremacy is a systemic problem in Canada.”

He said the one-off designation of white supremacist groups as terrorist organizations won’t fix how marginalized communities have been treated and targeted in previous years.

“I think first off, we need to shift the rhetoric of what is the greatest domestic threat to Canada,” Alam said. 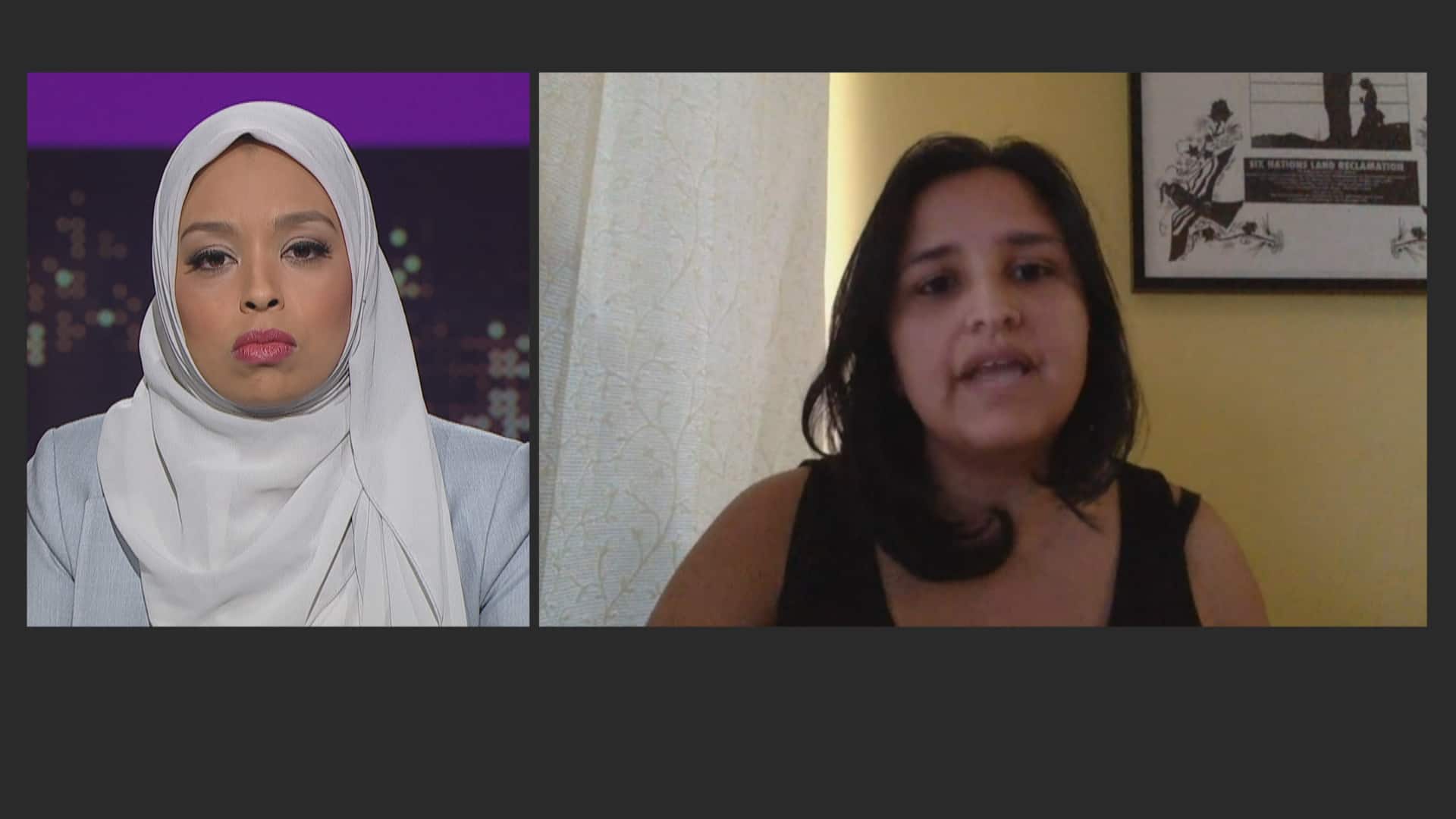 Canada has added 13 new groups to its Terrorist Entities List, including the Proud Boys. The executive director of the B.C. Civil Liberties Association, Harsha Walia, says expanding the terror list will backfire and hurt the very same people officials Canadians are trying to protect. 1:18