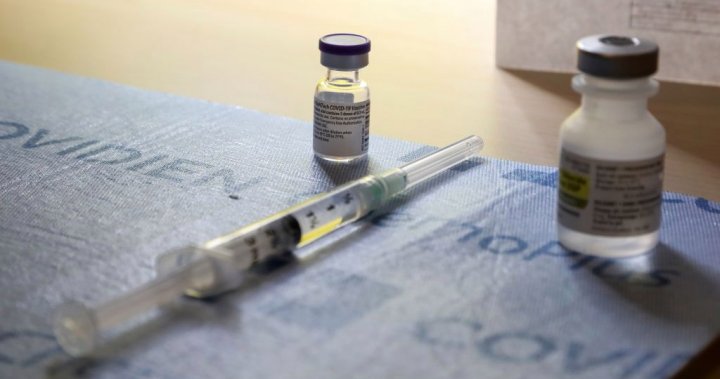 Western University researchers are teaming up with biologists from the Royal Ontario Museum (ROM) to try and identify bat-endemic coronaviruses that could be passed on to humans.

The aim of the project, researchers say, is to use those identified coronavirus types to prepare a bank of ready-to-go vaccines that could be quickly distributed in the event of another coronavirus pandemic.

Read more:
Canada to squeeze extra vaccine dose from Pfizer vials. It’s not as easy as it seems

The ongoing coronavirus pandemic involving the virus SARS-CoV-2 is the third coronavirus epidemic to be recorded in humans since 2001, following SARS-CoV-1 in 2002/2003, and MERS-CoV starting in 2012.

“In each of those cases, these are coronaviruses that passed from animals over into humans. In some cases, the details of exactly how that happened are not clear, but what we do know is that each of these viruses… its closest relatives are found in bats,” said Ryan Troyer, a virologist and assistant professor at Western’s Schulich Medicine and Dentistry.

“We think that bats are a particular reservoir then for coronaviruses that pose potential risk for transmission into humans.”

In meeting their goal, Troyer says the Western team will be utilizing a vast collection of frozen bat tissue samples that ROM has been amassing since the late 1980s as part of a larger effort to collect mammal tissues during fieldwork expeditions for study.

The thousands of bat specimens held by ROM, frozen in liquid nitrogen and numbering roughly 15,000 in all, come from 30 countries and represent 15 of 21 bat families, 120 of 220 genera, and 400 of 1,400 bat species, according to Western University.

“In terms of preparing for a future outbreak of these coronaviruses, it seems logical that we should try to catalogue all of the coronaviruses that are present in bats, and then… prepare vaccines for those types that we suspect have the potential to pass into humans,” Troyer said.

“There are other teams around the world that are also investigating this, but I think we have a really unique opportunity here with the ROM’s collection.”

Read more:
2 masks are better than 1 to protect against coronavirus, CDC confirms

Troyer noted that researchers were also collaborating with other individuals to analyze bat feces samples collected from various locales around the world, in addition to the frozen tissues.

In a statement, Schulich virologist Stephen Barr said the coronaviruses identified through the tissue and feces samples will be sequenced at the university’s Imaging Pathogens for Knowledge Translation Facility to determine which are more likely to cause disease in humans, and from there, their spike genes will be isolated.

“Our goal is that when the next coronavirus emerges in the human population, we can do a quick screen of our bank to identify the specific vaccine that might have protective measures against the virus in the lab,” Barr said in a statement.

Troyer says he hopes the initiative is continued well into the future as newer viruses are found, creating an even more comprehensive bank of vaccines.

“We’re currently processing samples and searching for novel viruses and beginning to start the process of incorporating them into potential vaccines, but it will be a multi-year process,” he said.

Read more:
Here’s what the WHO’s coronavirus experts learned from their visit to Wuhan

Initial findings from a team of international and Chinese scientists looking for the origins of SARS-CoV-2 have suggested that the most likely pathway the virus followed was from a bat to another animal and then to humans. The question remains what animal and where. Transmission directly from bats to humans or through the trade in frozen food products were also possibilities, they said.

The Huanan Seafood Market in Wuhan, China, which had a cluster of cases in late 2019, has long been suggested as a possible place humans first became infected, however, Liang Wannian, the head of the Chinese side, said the virus also appeared to have been spreading in parts of the city other than the market, so it remained possible that the virus originated elsewhere.

— With files from The Associated Press