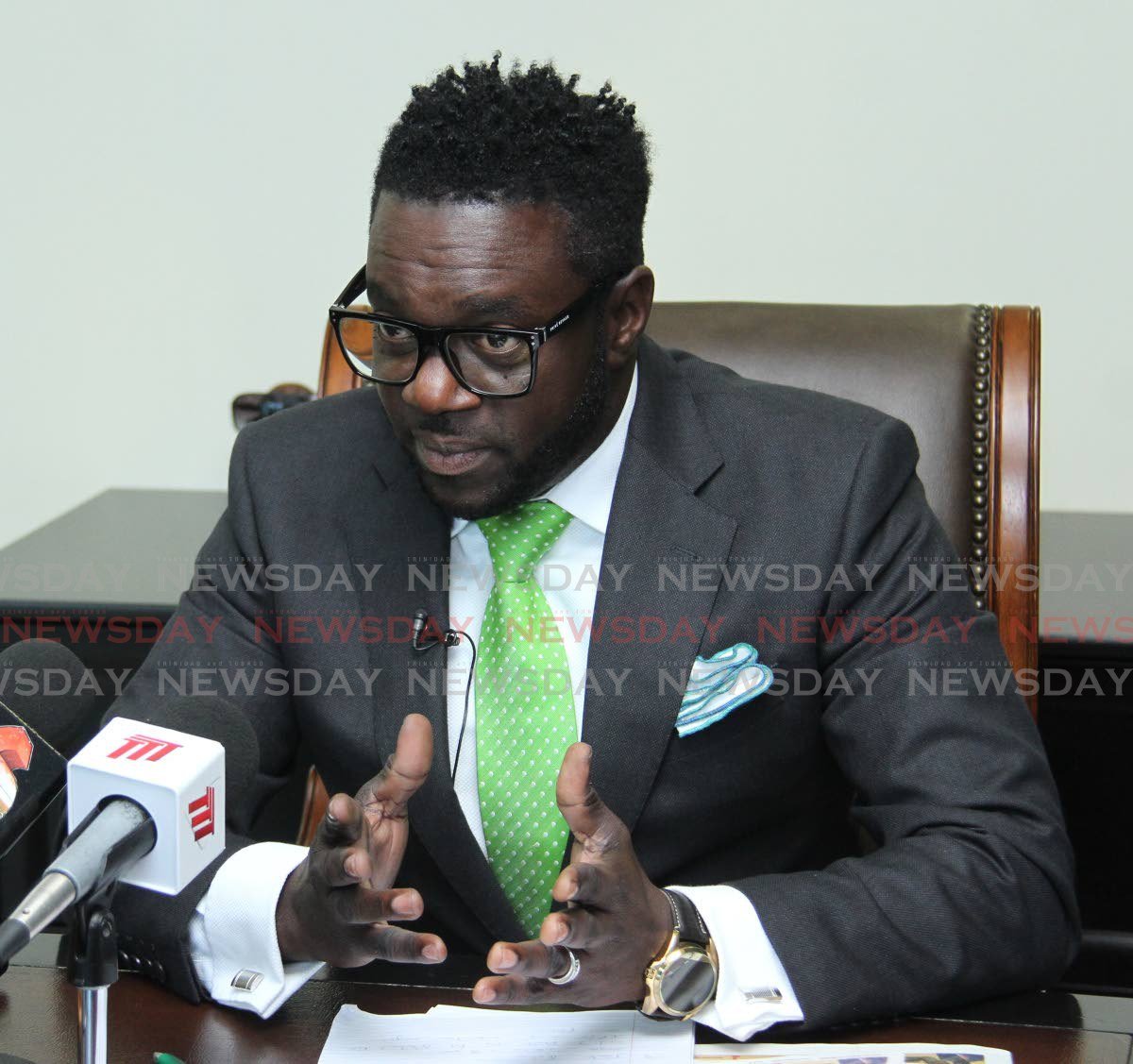 At a briefing on Thursday at the PSA headquarters in Port of Spain, he urged Imbert to retract his statement.

Duke said among PSA workers and others across Trinidad and Tobago, some 300,000 workers were living on yesteryear’s wages, with increases owed for the past eight years, from 2014-2021, and in some cases as far back as 2011. Duke called on the Government to restore the value (purchasing power) of salaries to their 2014 levels.

“Every single worker is working for -20 per cent and it’s time for that -20 per cent to start going back up.”

He said Imbert had agreed to give National Insurance Board (NIB) workers a nine per cent hike last December for the years 2014-2016, but this has not yet happened.

In a message to Imbert, Duke said,”We demand you give the CPO instructions to meet us.”

He hoped to meet in the first week of March.

He declared, “Salaries are based not on what the Government could afford, but on what workers need.”

He accused Imbert of “thrusting his fist into the faces of workers,” alleging the minister was using bullying tactics and looking for a fight.

“Minister Imbert, what is your plan?”

Duke said he had last met the CPO in February/March 2020.

Saying a public service clerk earns just $5,000 a month, Duke said the CPO had agreed that $10,000 would be a living wage, although the CPO denied saying this, speaking to Newsday later.

Duke hit MPs for enjoying hefty tax breaks on vehicle purchases and substantial parliamentary pensions, while workers did not get their wage hikes. On top of the prosperity of MPs, he also claimed TT’s economy was healthy by way of the numbers of steel-framed buildings now under construction and the number of Venezuelan migrants able to get work here.

Newsday spoke to CPO Dr Daryl Dindial who had not heard Duke’s remarks.

Asked if he and Duke were likely to meet, Dindial said. “I’m not aware of Mr Duke’s comment.

“Until such time as we receive such a remit, there will be no basis to have discussions and negotiations.”

Asked about Duke saying the CPO had once said $10,000 was a living wage, Dindial replied, “I’m pretty certain that is not something I would have said.”

As for wage talks being outstanding for about eight years, Dindial said, “The last time that an agreement was signed between the CPO and the PSA on behalf of the State was for the period January 1, 2011-December 31, 2013. So in a sense what Mr Duke is indicating is that certain officers are persisting on 2013 salary rates.

“But this is across the board. This is not just unique to the civil service.

“I think what is also important is that the issues that were predominantly in the media yesterday of the Honourable Minister of Finance speaking to the cost implications of any salary negotiation and the implication for the State is something that must be paid particular attention to.”

Dindial said he had received and continued to receive support and guidance from the Minister of Finance, who had been paying attention to the issue.

“So it’s not a situation where the CPO’s authority has been usurped or anything like that.”

He said the minister and by extension the executive had been examining the issues and what was “feasible, if at all…Obviously covid had an impact, and they have been monitoring the situation for some time.”

He said he and the Personnel Department that supported him were willing and able to treat with any negotiation, once they received a remit.

But he stressed, “It is critically important in reporting on this issue that particular attention is being paid to the macroeconomic indicators that the Honourable Minister of Finance took the time to report to the public yesterday (Wednesday). That is particularly important.”