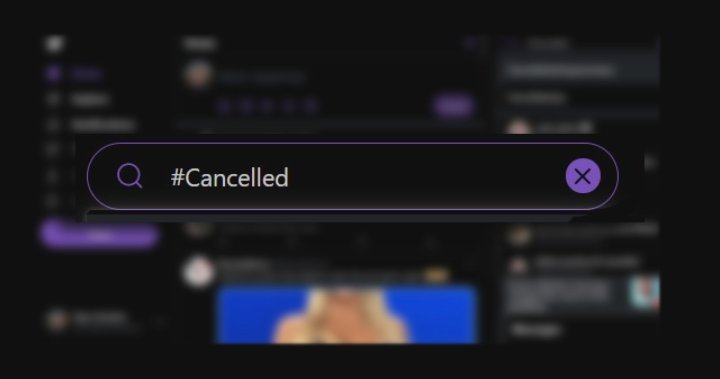 Social media is not for the faint of heart.

You can go from casually browsing rumors about Kim Kardashian and Kanye West’s alleged divorce over a rumored infidelity with a makeup artist, to doom scrolling through videos of the documented invasion of the U.S. Capitol in the span of hours.

In day-to-day fashion, it often becomes very obvious how easy and convenient it is to share information online.

However, it has also become obvious that the speed at which information, or even individuals, can be taken down — or ‘cancelled’ — is extraordinary.

Being ‘cancelled’ means an individual, group, organization, or work has been shut down or silenced for a perceived wrongdoing or offense.

While there is no specific punishment or ‘time out’ period, cancelling could mean an individual has been de-platformed from the site, a product is being boycotted, or an organization has been yanked off its high horse.

But in many instances, it could also cost people their jobs.

Read more:
How a racist tirade can ruin your career in the ‘new age’ of technology

In today’s time, some see cancel culture as a method of holding others accountable, specifically powerful people and institutions who otherwise seemed untouchable.

“If this teaches us anything, it’s that your words have consequences. To you, to that person, to others,” said Karleen Pendleton Jiménez, professor of gender and social justice at Trent University.

Jiménez says cancel culture has been around for decades, though the ‘cancelling’ was mostly done by powerful, right-wing individuals.

But now that left-wing average joes have learned how to dismantle those hierarchies of power, the ‘derogatory’ phrase, Jiménez says, was born.

“If you’re used to having a lot of power, and people have figured out how to resist that power and take power back in certain ways, then that’s really upsetting to people that hold that power,” she said. “It’s pretty impressive how effective that (derogatory) language is in shutting us down, and silencing us.”

So we’ve established cancel culture is not a new phenomenon. But could it really be that people are getting cancelled nowadays at the same pace as they were, say, 100 years ago?

University of Alberta Professor Gordon Gow says no — the internet has definitely taken things up a notch.

“The rapid ability to share on social media means it’s much easier for groups to pile on an individual when something’s happened,” said Gow, who is an expert in sociology.

“The power of the crowd can be mobilized very quickly and have far-reaching effects on powerful institutions and powerful individuals. Sometimes that has a positive outcome — I think in disciplining power that’s out of control. In other cases, there’s a mob mentality there which may not serve the longer-term interests of the general public.”

According to a 2019 survey by Statista featuring 1,253 Canadian participants, 71 per cent said they found people tend to be more hostile and negative on social media than they are in real life while 61 per cent also said they’re worried social media is fostering hate and violence in society.

Gow says there’s a ‘fine line’ on whether canceling someone will bring a positive or negative effect.

Where that line lies can be determined by what kind of speech is being said.

“There are clearly cases of hate speech, harmful speech — what we call toxic speech — that definitely are unacceptable,” said Samir Gandesha, Director of the Institute for the Humanities at Simon Fraser University. “It is legitimate, in some cases, to actually deplatform some people. I think it’s legitimate to deplatform Neo-Nazi’s. People who are calling explicitly for the genocide of specific groups of people, for example.” 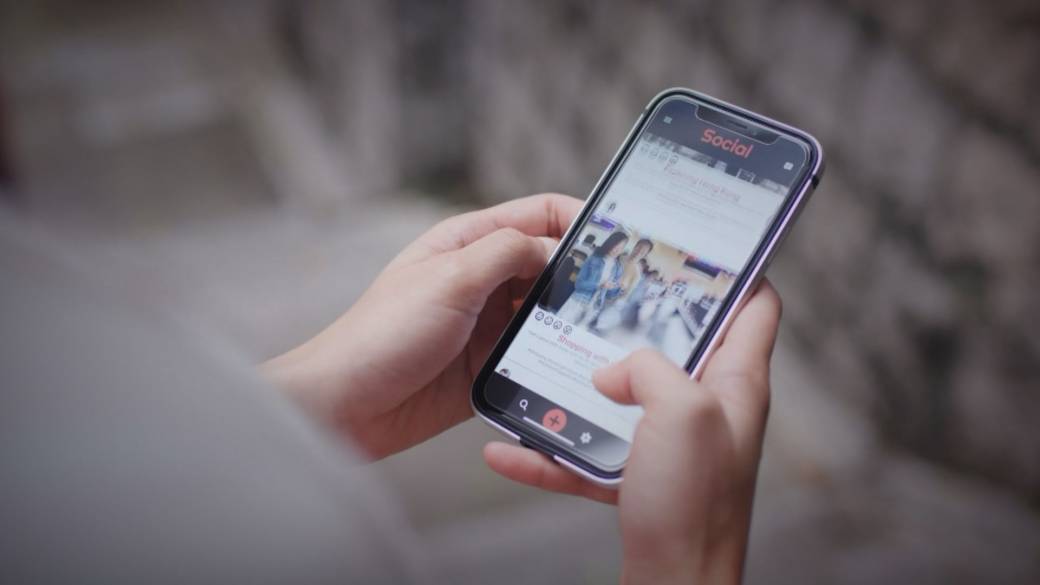 3:24Shadow banning and its impact on social media activism

Shadow banning and its impact on social media activism – Dec 18, 2020

Gow, Gandesha, and Jiménez all maintain that racism, hate speech, and threats to society do not belong in the public sphere.

But what if someone made a public error outside of the scope of these things? Something that, Gandesha says, is “offensive” but not necessarily “harmful”?

Will they be free from the wrath of online mobs?

Well, that hasn’t always been the case.

“Social media can be extremely unforgiving to individuals who may simply have made a stupid remark … and otherwise would regret it and it’s not necessarily reflective of who they are,” said Gow.

Gow and Gandesha say being silenced for a lapse in judgment, without having engaged in open dialogue with the other side, may breed an eternal trepidation of being cancelled.

It may also inhibit both sides from making sound arguments to fix the problem at hand.

“This has a tremendously chilling effect on legitimate, critical discussion,” said Gandesha. “It creates a climate of fear and intimidation, and people are reluctant to engage.”

“Many individuals now will think twice about expressing an opinion online, in a public forum like that, because of the retribution that they fear,” said Gow

It’s why many corporations may be quick to dismiss employees caught in hot water online. Jiménez says they may be afraid of being seen as complacent.

“One of the things they say about scandal is this idea that it contaminates everyone around [it],” said Jiménez.

Gow, Jiménez, and Gandesha say it’s difficult to hold people accountable on social media, because there is no self-proclaimed mediator between opposing sides, and it seems like the rules of conduct don’t apply to everyone.

Just look at social media giants. They’ve been self-regulating the voices on their platforms for years, and some say that hasn’t been going too well.

So while there is no hard recipe for dealing with conflict online, Gandesha says the back-and-forth sharing of ideas is a vital ingredient.

“There are things people say in the public sphere that I find offensive, but I don’t find them harmful,” said Gandesha. “And because I find them offensive, I will challenge them with counterarguments and ideas, and maybe a vision for the future. And I think that’s where we need to be going — where we’re confronting ideas with ideas, not with attempts to shut down dialogue and discourse.”

But Gandesha says this won’t be easy. It requires us to leave our comfort zone, engage in uncomfortable conversations, and to live with ‘some degree of offence.’

It also requires a constant need of self-reflection about our motives. Am I ‘cancelling’ this person online because their speech is a threat to the good of society? Or because it’s easier to silence them than to respectfully present a rational counter-argument?

Something else? Jiménez says individuals need to recognize that getting educated about an issue takes a bit of time.

“I do like the idea of having cancel culture ‘ time-outs.’ Like — go work on yourself. Go take some time. There’s gotta be room to learn.”

Gandesha and Gow maintain that just because racist and hateful speakers have been silenced on mainstream media platforms, does not necessarily mean they are out of sight, out of mind.

In fact, in many cases they say, the individuals and their followers flock to alternative platforms and congregate there instead.

So while ‘cancelling’ threatening voices may not be an eternal fix, it has certainly gotten many to question what kind of rules of conduct they want to see implemented on social media platforms in order to harbor open, yet safe conversations. 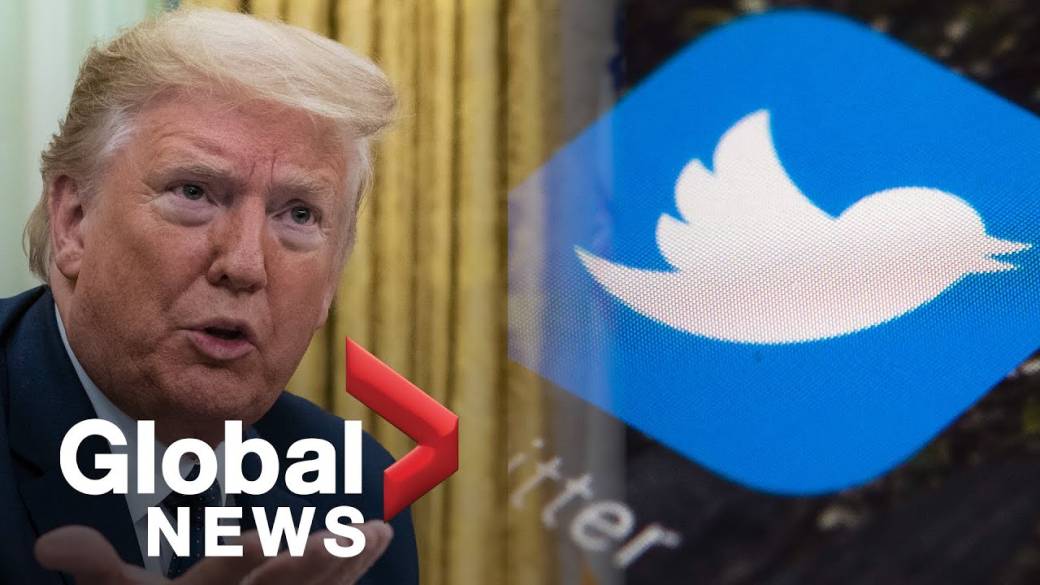