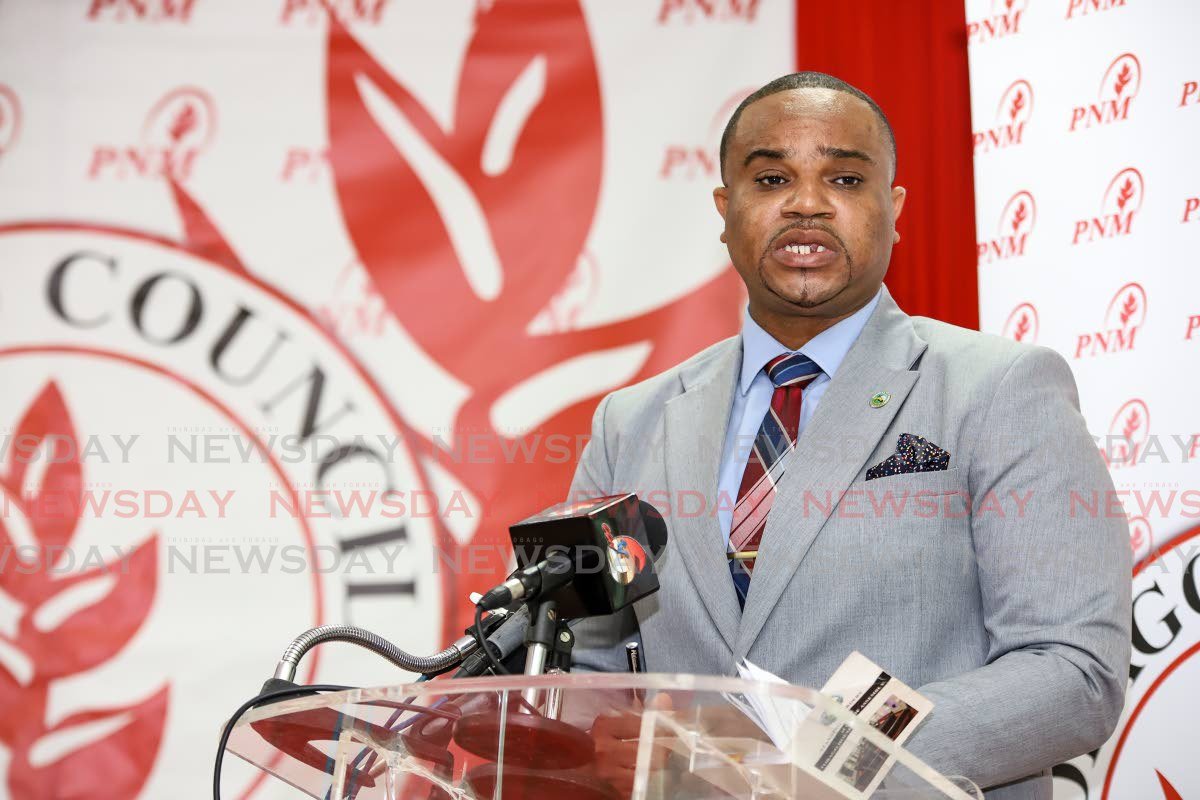 Public Relations Officer (PRO) of the Tobago Council of the People’s National Movement (PNM) Kwesi Des Vignes has labelled as a breakthrough, last Friday’s passage of the THA (Amendment) Bill 2021 in the House of Representatives.

Addressing a news conference on Monday at the party’s campaign office at Pump Mill in Scarborough, DesVignes said the bill piloted by the Prime Minister seeks to ensure that some of the shortcomings of the THA Act are dealt with.

He said the most democratic way to solve the current situation is to go back to the polls and have Tobagonians have their say.

DesVignes observed some of the alternative options proposed by the Progressive Democratic Patriots (PDP) and the United National Congress are eerily similar.

“It cannot be that we are considering or contemplating a situation where we are looking to draw lots, roll a dice, pull a straw to give to one person a supreme vote – a greater vote than any other of the 15,000 plus votes that were cast in the Tobago House of Assembly election.

“It cannot be democratic to give that one person the ultimate vote to decide who would be the person to head the government in Tobago – that is undemocratic.”

He said Tobagonians cannot just go back to the polls because there is the situation of the six-six tie. He said people have been bombarding his phone asking how they came up with the 15 electoral districts.

“After years of consultation, hundreds of written submission, hours and hours of face-to-face consultations, expert witnesses and so on. This was put into the bill that was passed in the Assembly, Chamber first in 2016 and of course transmitted to the Cabinet at that time.

“The people of Tobago are of the impression that 15 seats would best serve their needs and the people of Tobago expressed their will, and we saw that go forward in the Constitutional Amendment Bill, the Tobago autonomy bill as we commonly refer to it.”

Party chairman Stanford Callender reaffirmed the party’s support to the bill, noting that it stands with the government in support of going back to the Parliament to allow fresh elections to be called.

“From where I sit, and where I stand here today, it is the only way to resolve this problem to bring peace, calm and tranquillity back to this country.”

He had some advice for the people of Tobago.

“We have to be careful, there are certain individuals and politicians on this island that are seeking to take us back to 30 or 35 years ago when this island was governed by fear, insularity, conflict and confrontation—we have come a long way since then.

“We have a generation that is more enlightened, and therefore I want to appeal to my Tobago people to let good sense prevail. These are crucial times, but what is required is rational thinking and solutions to a problem that we have.”

He said the party is looking forward to the completion of the debate in the Senate, “and at the same time, I hope this experience will be a wake-up call for the joint select committee to pay particular attention to the matter it now has before it and, in the final analysis, grant to people of Tobago their wishes of governing this space and this place in the interest of Trinidad and Tobago and in the interest of all of us.”