Senators get more time to talk 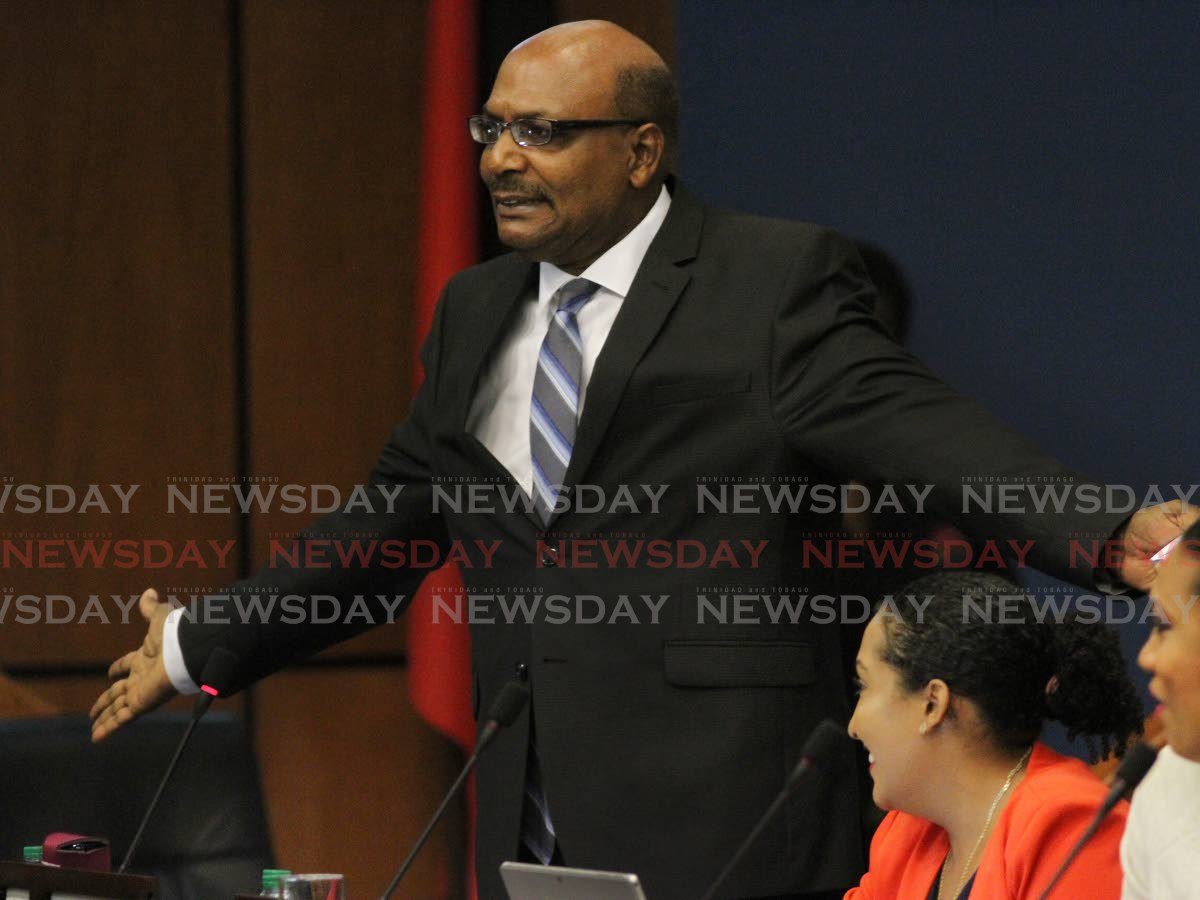 Senators get more time to talk

THE Senate on Tuesday agreed that average senator’s speech will now be 30 minutes, up from the 20-minute limit set last August to curb the covid19 pandemic, but not a full return to the pre-pandemic allocation of 40 minutes.

Moments before Opposition Senator Wade Mark could move a private motion to return to pre-pandemic allocations, Senate Leader Franklin Khan made proposals to which a split Senate agreed.

He complained the covid19 limits had left the Opposition’s six senators with just two hours and 30 minutes in all to publicly examine complex bills.

“That is insufficient.” He complained a recent miscellaneous provisions bill had amended 34 acts.

“There is no other Parliament in and out of the Commonwealth that has reduced the speaking time of its members of Parliament.”

Mark said Parliament had other precautions against covid19 and so did not need to maintain a reduction in speaking times.

He said the Commonwealth Parliamentary Association (CPA) had urged “appropriate, reasonable and proportionate” steps against covid19, but also full debates on legislation.

He said under the standing orders usually a mover and a first respondent get 45 minutes, and other speakers get 40 minutes, but Khan’s motion last year had cut this to 30 minutes and 20 minutes respectively, infringing members rights and speaking times.

Changes in the UK and Australia Parliaments had been done by consensus, but not in the TT Parliament, he said.

Mark said the standing orders could be suspended for a specific time but not “until the pandemic ends.”

He said, “It is almost 10 months we have been stifled, stymied and muzzled by the Government using its heavy hand.”

Saying the extension just given by Khan was “too little, too late,” Mark said, “The Government could have taken that action months ago.”

Asking why 30 minutes not 40 minutes, he said each senator was being squeezed of ten minutes time.

He vowed to complain to bodies such as the CPA, Inter Parliament Union and ParlAmericas.

Independent Senator Anthony Vieira supported Mark’s motion. “People love the clash of ideas, they love the sharp and witty exchange of words, they love the tension that arises in debate. If free dialogue is a central path to peace, we must do all to keep that alive and well.”