21 new coronavirus cases in London and Middlesex, 29 in Aylmer on Sunday – London

21 new coronavirus cases in London and Middlesex, 29 in Aylmer on Sunday – London

This is the largest daily COVID-19 case count since Feb. 22 when 20 cases were reported.

Effective Monday, London and Middlesex will be moved out of the red-control level to orange-restrict, resulting in a loosening of restrictions when it comes to indoor and outdoor gatherings and businesses, and the permitted reopening of cinemas and performing arts facilities to spectators.

Under orange, certain organized public events and social gatherings held in private residences, backyards, or parks — such as functions, parties, dinners, barbecues and wedding receptions — are limited to 10 people indoors and 25 outdoors where physical distancing can be maintained.

For organized public events and gatherings in staffed businesses and facilities, the indoor limit is 50 while the outdoor limit is 100, where physical distancing can be maintained.

Further details on how the change impacts different sectors can be found here in the local outline of Ontario’s pandemic response.

At least eight coronavirus variant cases have been confirmed so far since mid-January, including four involving the B.1.1.7 variant, first detected in the U.K. Four remain under investigation.

Projections released Thursday by the province’s science advisory group show more infectious variants of COVID-19 will likely make up 40 per cent of cases by the second week of March.

Projections show hospitalizations will likely rise as variants spread, and intensive care capacity will be strained over the next month.

At least 5,380 cases have been confirmed in the city of London since the pandemic began, while 248 have been in Middlesex Centre.

Elsewhere, 201 have been in Strathroy-Caradoc, 96 in Thames Centre, 54 in Lucan Biddulph, 37 in Southwest Middlesex, 32 in North Middlesex, 14 in Adelaide Metcalfe and two in Newbury.

At St. Joseph’s Health Care London, no COVID-19 patients were listed in the care of St. Joseph’s Hospital as of Feb. 26, the organization’s last update.

SJHCL says an update will be posted when numbers change.

At least 357 people have been hospitalized for COVID-19 during the pandemic, the health unit says. Sixty-six have needed intensive care.

Active outbreaks (as of Feb. 26) at seniors’ facilities, as declared on:

Long-term care and retirement homes have been linked to at least 772 of the region’s cases, with 354 residents and 418 staff infected. At least 104 deaths have been reported at the facilities.

Elsewhere, several non-institutional outbreaks are also active in the region, including at the city’s jail.

The outbreak at the Elgin-Middlesex Detention Centre, declared on Jan. 18, has been linked to at least 55 cases, according to the health unit. Of those, 29 are staff and 26 are inmates.

Provincial data shows three inmate cases were active at the jail as of earlier this week.

On Thursday, a spokesperson with the Ministry of the Solicitor General said three staff cases were still active at the facility.

Global News does not update school cases over the weekend.

As of Friday, one active case involves Prince Charles Public School on Wavell Street in London. Few other details have been released. It’s among just three active school cases in London-Middlesex. The other two both involve Northbrae Public School.

One outbreak remains active at a school in the region, located at St. Anne’s Catholic School.

The health unit says at least 210 cases have been reported involving schools and child care centres during the pandemic. At local child care centres, two cases remain active, both in London. One is located at Mrs. B’s All My Little People while the other is at Pinetree Montessori School.

An outbreak is also active at Pinetree, declared on Feb. 16.

On Thursday, the region’s medical officer of health, Dr. Chris Mackie, said the local vaccination campaign to get doses to the highest-risk health-care workers in the region has been going well, with “a good proportion” vaccinated.

He added that vaccinations will soon be offered for health-care workers listed as “very high priority” by the province, and notes doses are anticipated to move into the over-80 crowd in mid-March.

“Maybe sort of early-mid-March rather than later-mid-March.” More information is expected next week.

Mackie said the MLHU has plans in place to notify seniors, including support from local media and collaboration with primary care providers and other health-care providers who would be able to easily identify those 80 and older.

The health unit is also preparing for what it expects to be a “flood of calls” when the time comes for vaccination appointment bookings.

The province’s timeline is to have Ontarians aged 80 and older begin to be vaccinated in the third week of March, decreasing in five-year age increments until 60-year-olds get the shot in July.

An online booking system and service desk will become available on March 15, but local health officials have been utilizing a booking system in partnership with LHSC.

Mackie says the provincial system won’t necessarily be in place in all health units at the same time, and that use of the system won’t be forced.

“Right now, we’ve got a system that is working well, it can be adjusted locally to meet where we’re at in the campaign, and that’s where we’re planning to continue to work for the foreseeable future,” he said.

Two more facilities are planned for the North London Optimist Community Centre and at ice pad A of the Earl Nichols Recreation Centre.

The hope is to have one of the facilities opened in March, but Mackie stresses those plans are dependent on vaccine supply.

Though it was announced Thursday that Pfizer will send more than 3.7 million doses to Canada between March 1 and April 15, and Moderna 1.3 million in March, Mackie says it’s still unclear what that means locally.

“As soon as we understand that, we’ll be able to make those decisions,” Mackie said.

On Friday news emerged that Health Canada had approved the use of the vaccine from AstraZeneca.

Prime Minister Justin Trudeau also announced another partnership with an India-based institute that will deliver two million additional doses of the newly authorized vaccine to Canadians by the spring.

Canada will receive two million doses of the CoviShield vaccine, which is the same as AstraZeneca’s product, through an agreement with Mississauga, Ont.’s Verity Pharmaceuticals and the Serum Institute of India.

Trudeau says the first shipment of half a million of CoviShield doses will arrive by March.

Carling Heights has recorded between 281 and 373 visits per day since Monday, while Oakridge Arena has seen between 185 and 345.

The region’s test positivity rate stood at 0.8 per cent as of the week of Feb. 14, down from 1.2 per cent the week before.

Ontario reported 1,062 cases of the novel coronavirus Sunday, bringing the total number of cases in the province to 300,816.

Southwestern Public Health (SWPH) reported 31 new COVID-19 cases and four more recoveries on Sunday as the region gears up for a move to orange.

Of the 31 new cases, 29 are from Aylmer. SWPH says the sudden increase in cases in Aylmer is linked to the outbreak at Ontario Police College.

The region learned that it will be moved out of red-control and into the orange-restrict level of Ontario’s COVID-19 response framework effective Monday.

As of Sunday, the region’s pandemic case tally stands at 2,534, of which 2,383 have recovered and 67 people have died. The most recent death was reported on Feb. 20.

It leaves at least 84 active cases in the region.

Of those, 59 are in Aylmer, 12 are in Woodstock, three are in St. Thomas and Bayham, Blandford-Blenheim. Central Elgin, Ingersoll, Bayham, Tillsonburg, and West Elgin all have one or two active cases each.

At least one person is in hospital in intensive care, according to the health unit. One outbreak remains active, located at Aylmer Retirement Residence. It involves one resident case.

Two school cases are active in the region. One case is located at Huron Park Secondary School while one is at Central Public School, both in Woodstock.

The health unit says a total of 493 cases have been reported in Woodstock during the pandemic, while 427 have been in St. Thomas, 420 in Aylmer and 336 in Tillsonburg.

The region’s test positivity rate stood at 0.5 per cent as of the week of Feb. 14, compared to 0.8 the week before. 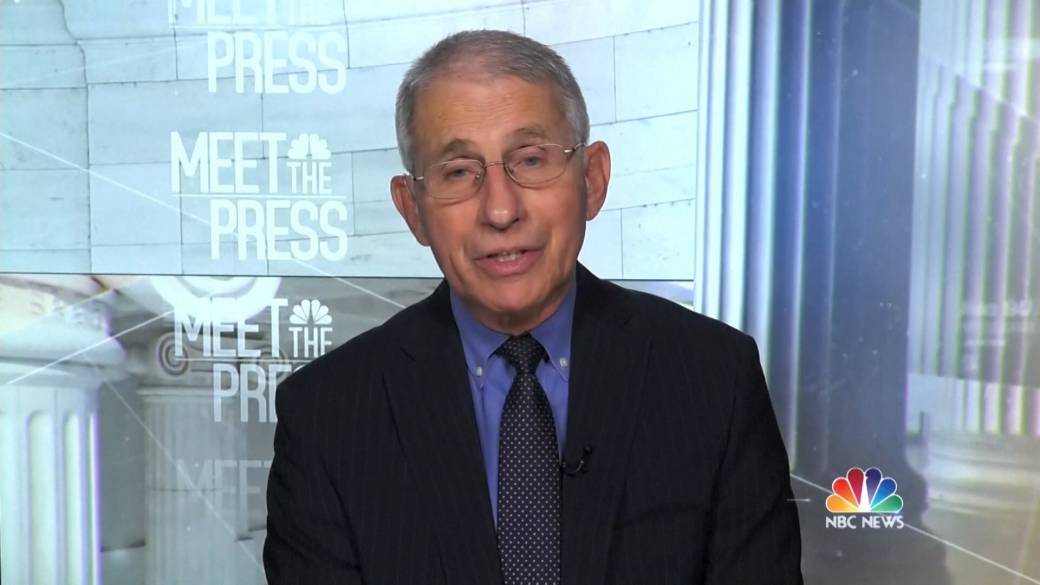 As of Saturday, the region’s pandemic case tally stood at 1,330, of which 1,258 have resolved and 49 people have died. It leaves 23 active cases in the region. Both Perth South and Stratford have five cases each, while the rest all have active cases three and under.

The region will be moving from orange-restrict to yellow-protect in the province’s COVID-19 response framework Monday.

Two seniors’ facility outbreaks remain active in the region, both at Seaforth Manor in Huron East. One is located in the facility’s nursing home, linked to 44 resident and 25 staff cases and at least five deaths. The other is located in its retirement home, tied to 12 resident cases and one staff case.

Elsewhere, the health unit says one outbreak is also active in a congregate living setting and one is active at a workplace. No further information has been released about these outbreaks.

Read more:
COVID-19 cases are down across Canada, but hospitals aren’t celebrating yet. Here’s why

One school case is active in the region, located at Jeanne Sauvé Catholic Elementary School in Stratford, according to the Huron-Perth Catholic District School Board.

Lambton Public Health reported 27 new COVID-19 cases along with four recoveries on Sunday. It brings the region’s pandemic case tally to 2,094, of which 1,951 cases have resolved and 46 people have died. The most recent death was reported on Feb. 17. At least 97 cases are currently active in the county. Seven COVID-19 patients were in the care of Bluewater Health hospital as of Sunday.

The region will be staying in the red-control level of Ontario’s COVID-19 response framework as of next week.

Lambton does not update detailed information on the weekend. The below information was last updated Friday.

Eight outbreaks remain active, including four at seniors’ facilities, one at Bluewater Health, one at Sarnia’s jail, one at an unnamed workplace and one at a shelter in Sarnia.

According to the health unit, the active seniors’ facility outbreaks were declared on:

The outbreak at Sarnia’s jail has been linked to 47 inmate and five staff cases. At least 22 inmate cases remain active there. Similar information for staff cases was not immediately available.

Two new school cases have been reported, both at Holy Rosary Catholic School in Wyoming, Ont., according to the St. Clair Catholic District School Board.

The cases join four others that are currently active, including two at Lansdowne Public School and one each at North Lambton Secondary School in Forest and Northern Collegiate Institute and Vocational School in Sarnia.

At least 1.9 per cent of tests came back positive as of the week of Feb. 14, according to the health unit. At least 3,733 people were tested.

— With files from Ryan Rocca, Jacquelyn LeBel, Sawyer Bogdan and The Canadian Press