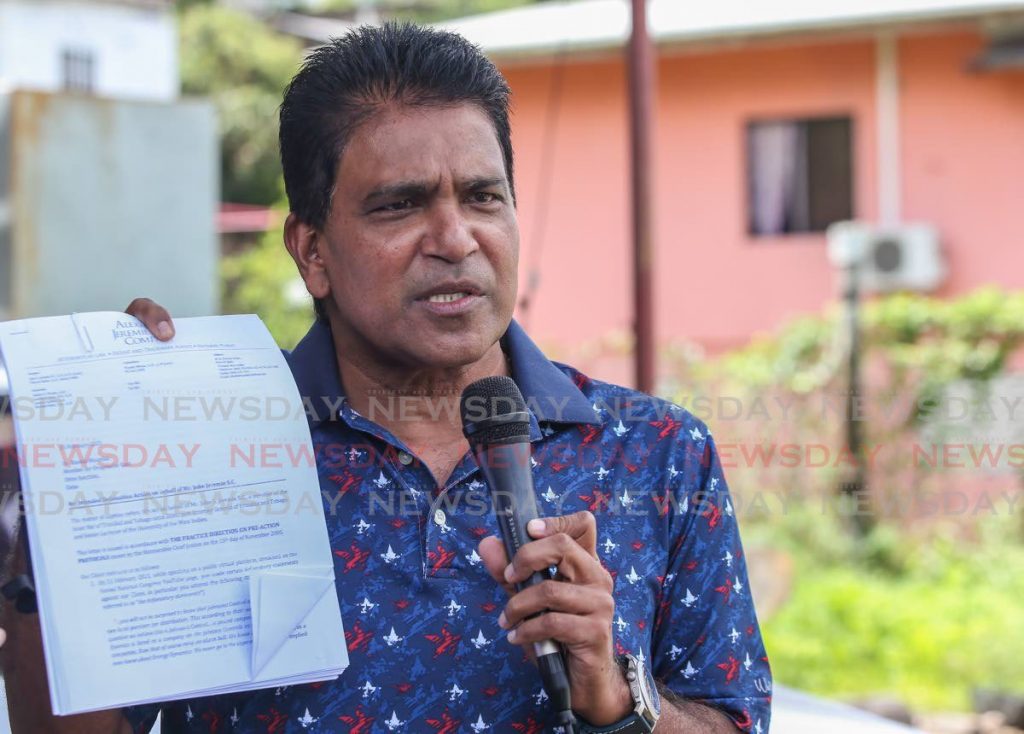 The issue stemmed from comments Moonilal made on UNC’s live-streamed Virtual Pavement Report on February 11 about the award of a government contract to a Canadian firm for the distribution of CCTV cameras.

Moonilal linked the firm to two local companies — Energy Dynamics Ltd, of which Jeremie is a director, and Peake.

Speaking to the media on Saturday in Debe, Moonilal said the UNC has “concerns” about the bidding and tendering process, resulting in the Canadian firm getting the $84 million contract.

“All we wanted to know is was what is their relation to the company in Canada, whether they were key in attracting that company.”

Moonilal alleged there was “never” an open competitive tendering process which he said opposed the principles of the procurement legislation.

“My lawyers have looked at it. They are clearly saying it is frivolous and a waste of time and effort. We have sent a letter in response because we will follow the process,” he said about the legal letter.

Moonilal claimed 40 per cent of the CCTV cameras nationwide are not working.