The Mauritanian’s Canadian connection: What the new film about Guantanamo detainee left out

The Mauritanian’s Canadian connection: What the new film about Guantanamo detainee left out

It was a good night at the Golden Globes for The Mauritanian.

Jodie Foster won the award for best supporting actress in a drama, while co-star Tahar Rahim was nominated for best actor; that award was given posthumously to Chadwick Boseman.

The Mauritanian tells the story of Mohamedou Ould Salahi, a man of Mauritanian origin who spent 14 years in the notorious American military detention centre at Guantanamo Bay, Cuba, where he was tortured into giving a false confession but never charged with a crime.

The film, which will be widely released in Canada Tuesday, is bringing new attention to Salahi’s treatment by the Americans. But what viewers won’t see is any depiction of his experience in Canada, where Salahi lived for a short time that he described as a “nightmare.”

He said he was followed and photographed while living in Montreal.

“The intelligence community started to interfere in my life and turned it into hell,” he said. “I was really scared.”

In an interview with The National’s Adrienne Arsenault, Salahi said he believes Canadian security forces’ surveillance of him is what landed him in Guantanamo in the first place.

Under suspicion in Montreal

Salahi decide to move to Montreal in November 1999 as his visa was running out in Germany, where he had initially gone on a college scholarship.

He had been under surveillance in Germany because of his links to al-Qaeda.

Salahi said he had joined the militant Islamist group in the early 1990s, because of its opposition to the communist government that ruled Afghanistan at the time.

He wrote in his memoir that he went to Afghanistan for a couple of months but moved on with his life once the communist government fell.

His cousin stayed a member of al-Qaeda and rose through the ranks to become an advisor to its late leader, Osama bin Laden. On a couple of occasions, he called Salahi for help with money transfers.

While German authorities never detained or charged Salahi, the stain of suspicion followed him to Canada.

He ended up attending the same mosque as Ahmed Ressam, later dubbed the “millennium bomber,” who was eventually convicted in the U.S. of a terrorist conspiracy to attack the Los Angeles International Airport.

“Americans suspected me of being the mastermind of this horrible plot,” Salahi said. “And the Canadians swallowed every last bit of it and were sold on this very fantastical story of the Americans.”

He described one morning when he and his roommate discovered someone drilling into their wall. Salahi said he believes it was Canadian intelligence agents trying to bug his apartment, but that was never confirmed.

| Salahi describes his time in Montreal: 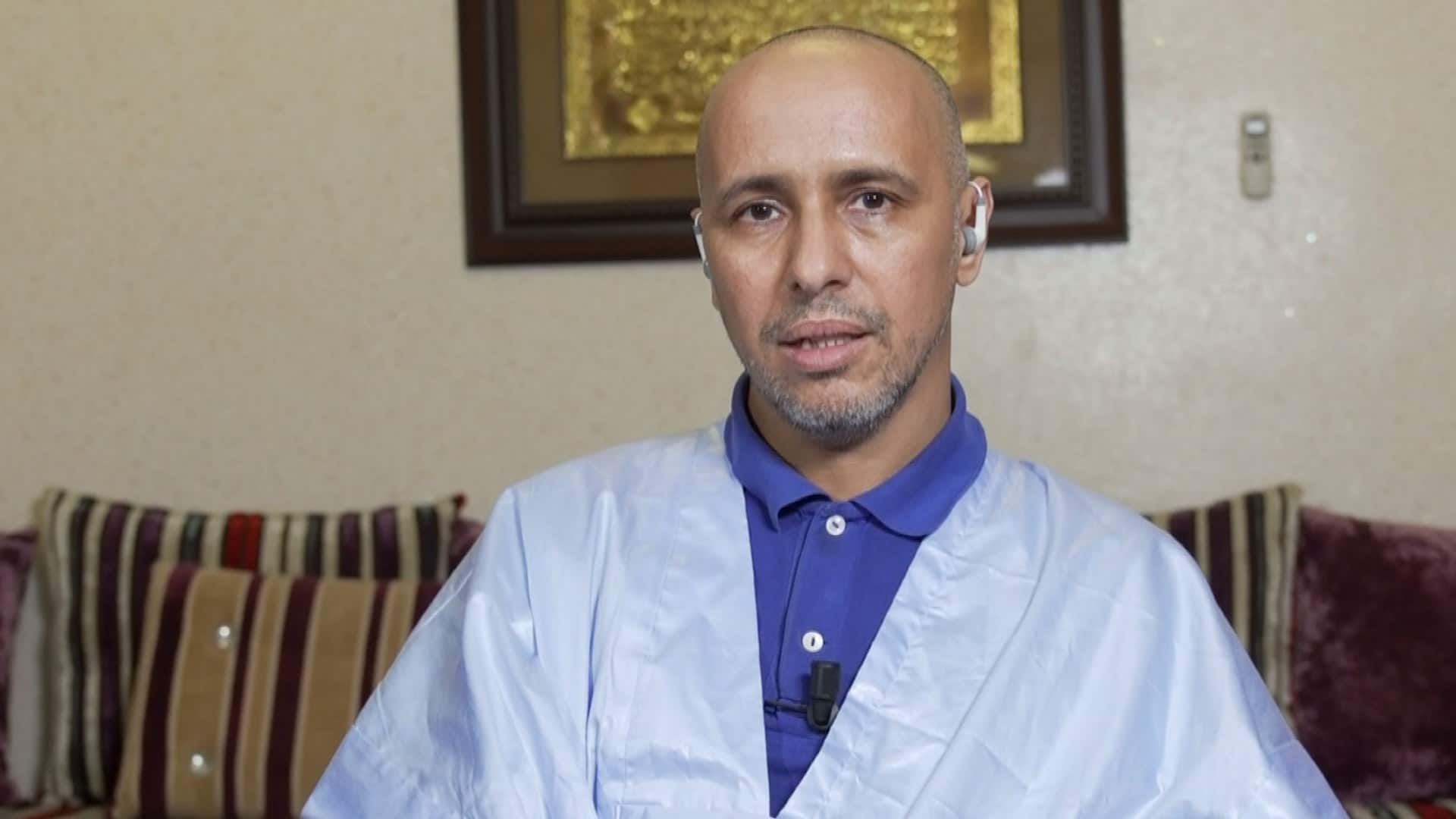 Former Guantanamo detainee Mohamedou Ould Salahi says he believes he was surveilled by Canadian intelligence while he lived in Montreal. 1:58

In January 2000, shortly after that experience, Salahi left Montreal and returned to Mauritania to see his sick mother.

He was later detained and shuttled off to prisons in Jordan and a U.S. base in Afghanistan before being taken to the Guantanamo Bay detention facility in 2002.

It was an experience similar to the one that hundreds of other Muslim men went through as the U.S. began a sweeping global crackdown in the days after the Sept. 11, 2001, attacks that it called a “war on terror.”

In 2002, The U.S. started using its Guantanamo Bay military base as a detention centre for its terror suspects, and it wasn’t until two years later that the Supreme Court ruled detainees held there could legally challenge their imprisonment.

When it came to Salahi, the Americans contended he was a recruiter for al-Qaeda.

In his memoir, Salahi wrote that agents he believed were from CSIS and the RCMP came to Guantanamo to interrogate him about his time living in Canada. Salahi was emphatic they did not use torture.

He said he hoped they would realize he was innocent and straighten out the misunderstanding but acknowledged to CBC News that he had been naive to believe that.

Based on some of the questions asked by his American interrogators, Salahi said he now thinks Canadian security services were actually the reason for his capture and detention —that they passed information about him to their American counterparts.

He says the Americans ended up grilling him over a phone conversation he had in Montreal that he believes they had heard about from Canadian agents.

Neither CSIS nor the RCMP would comment on Salahi’s allegations.

“We do not publicly comment, or confirm or deny the specifics of our investigations, operational interests, methodologies or activities, or publicly comment on the nature or substance of intelligence that is shared with our partners, in order to maintain the integrity of our operations,” a CSIS spokesperson said in a statement to CBC News.

An RCMP spokesperson said the force “does not generally confirm or deny who, or who may not be, subject of an investigation, nor does the RCMP comment on investigations conducted by other countries.”

| Salahi on why he suspects some of his Guantanamo interrogators were Canadian: 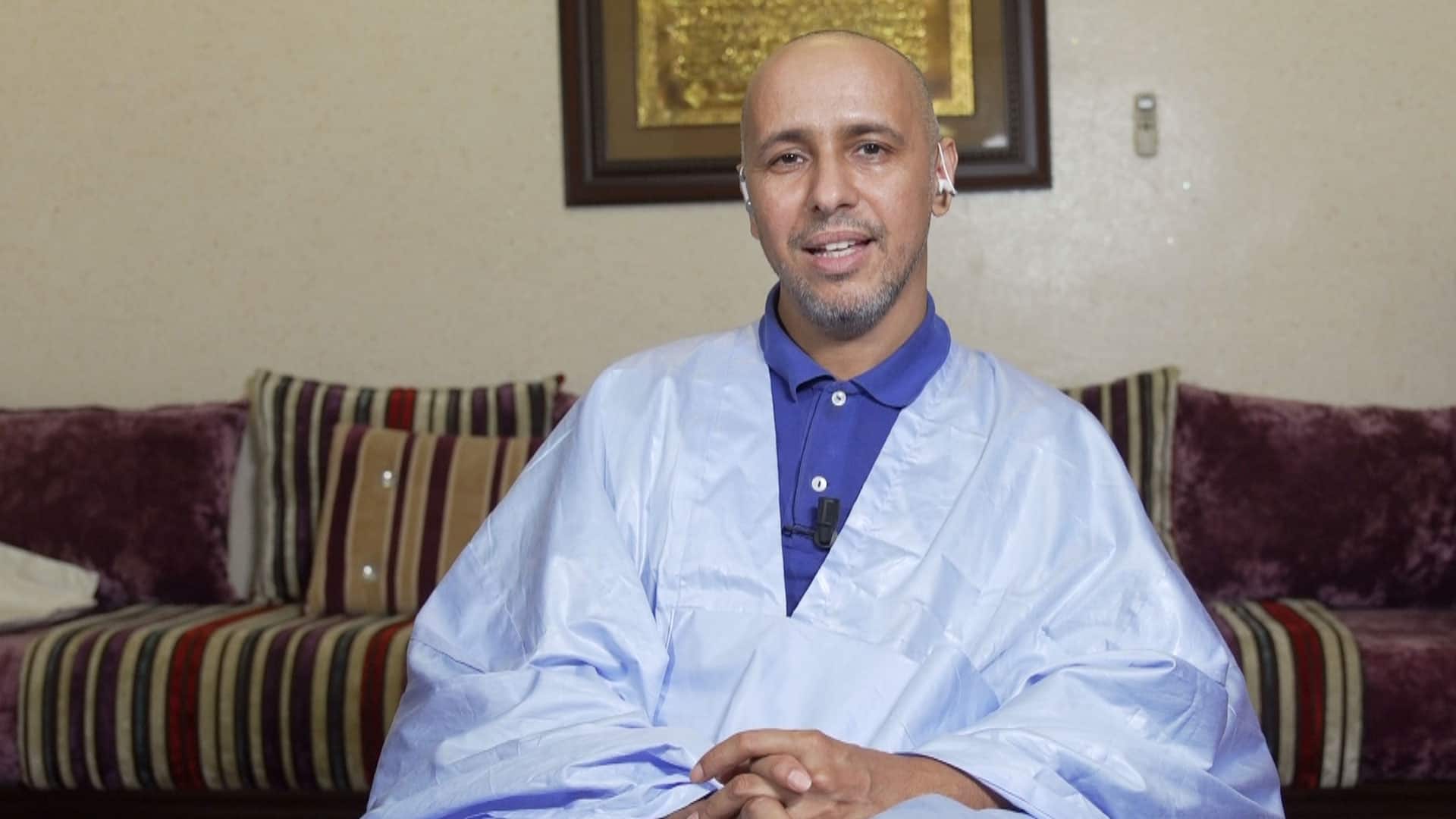 Mohamedou Ould Salahi describes what it was like to undergo an interrogation in Guantanamo Bay that he believes stemmed from Canadians passing on details of one of his phone calls in Montreal. 2:01

Holds no grudges but wants apology

After extracting confessions from Salahi, the Americans eased pressure on him, and he was able to spend some of his time writing about his experiences.

He sent the writings to his legal team, led by Nancy Hollander, who was fighting to get him released on the grounds he had been unlawfully detained.

The hundreds of pages he wrote were eventually turned into a book, published while he was still in Guantanamo, albeit with sections redacted by American officials.

It wasn’t until 2016 that Salahi was set free. A review board decided he was not a threat. No charges were ever brought against him.

He now lives back in Mauritania and told CBC News he holds no grudges.

For years, his lawyers have been trying to obtain any evidence Canada gathered or shared with the Americans. They have been unsuccessful.

Salahi said he wants to see Canadian intelligence services come clean about their involvement in his case and apologize.

| Salahi on what he hopes to get from Canadian authorities: 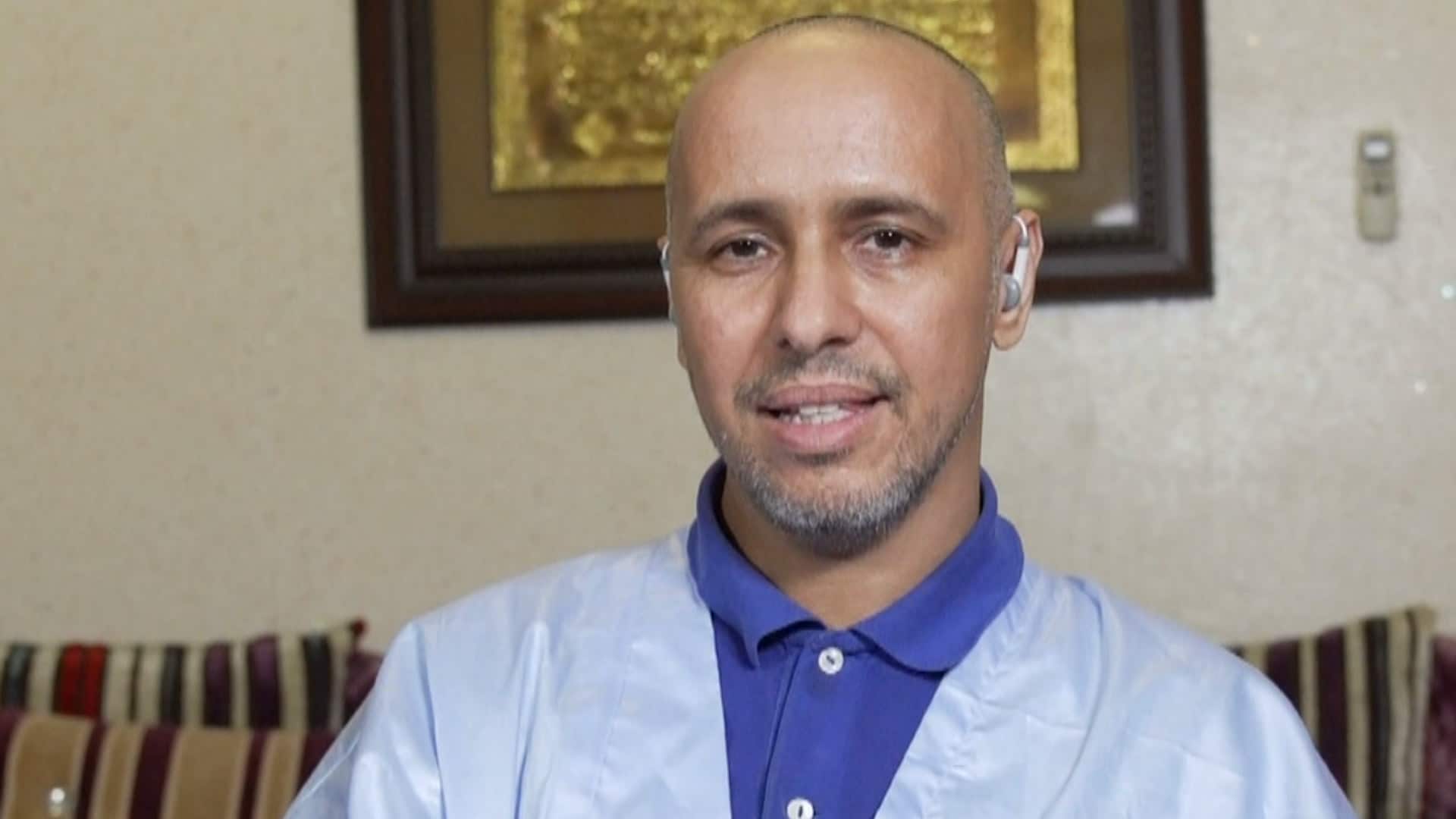 Mohamedou Ould Salahi says he wants an apology from Canadian intelligence services and an admission that they had a role in his detention. 1:07

The Mauritanian’s director, Kevin Macdonald, said he didn’t include the Canadian aspect of Salahi’s life story because he wanted to focus the movie around Salahi’s time in Guantanamo, but that doesn’t mean he thinks the role of the Canadian security services doesn’t warrant examination.

“The Canadians went and questioned Mohamedou while he was in Guantanamo,” he told CBC’s Adrienne Arsenault. “And, yeah, they they took advantage of the situation. They took advantage of his unlawful imprisonment. So, yeah, we can say that they bear some of the moral shame for that, too.”

What echoed across interviews with Macdonald and the stars of the film, Rahim and Foster, was a belief in Salahi’s innocence and a sense of responsibility to do his experience justice.

| The Mauritanian director, actors on why they believe Salahi: 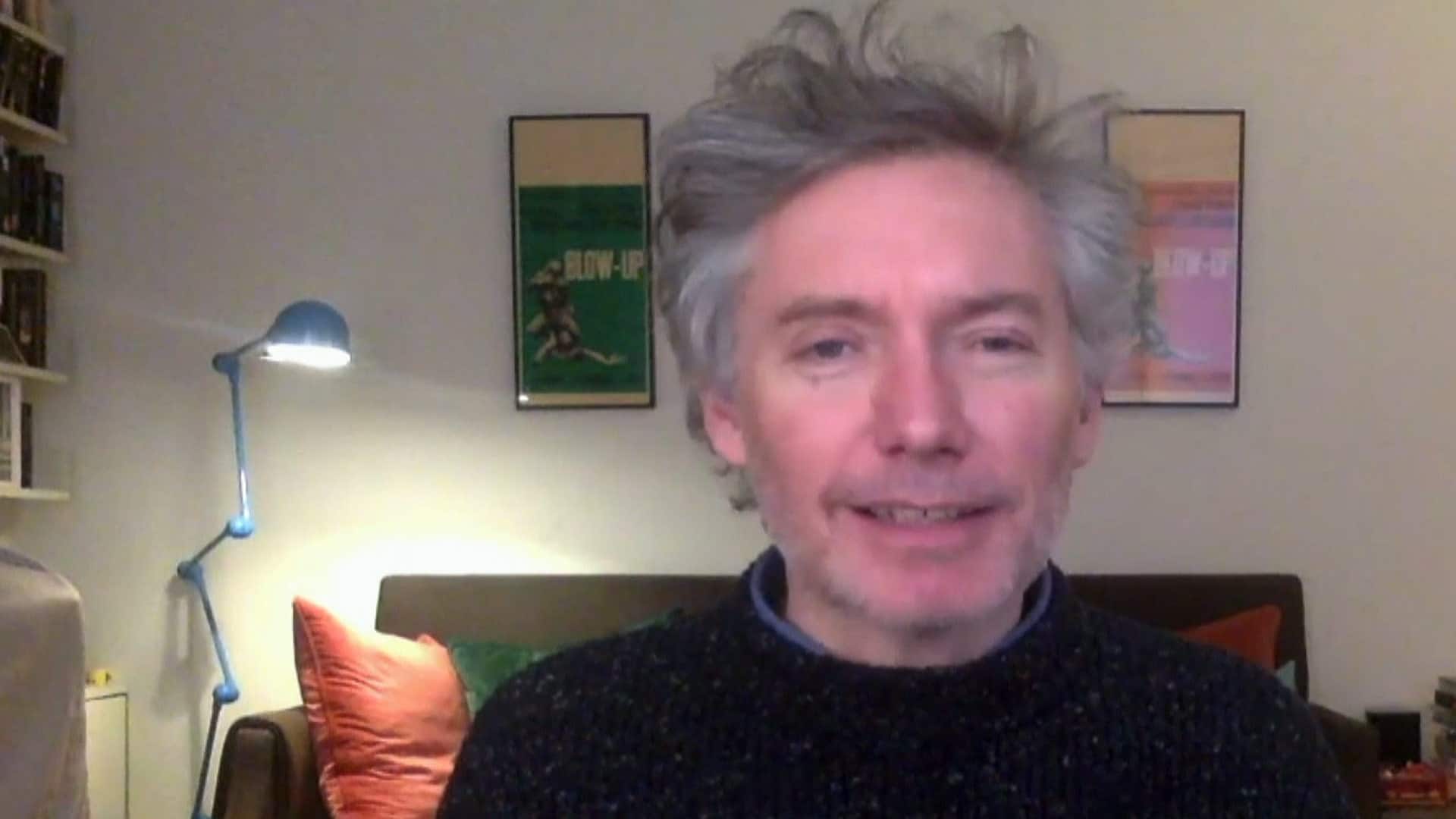 Director Kevin Macdonald and lead actors Tahar Rahim, who plays Mohamedou Ould Salahi, and Jodie Foster, who plays Salahi’s lawyer, Nancy Hollander, speak about wanting to do him justice in The Mauritanian. 2:17