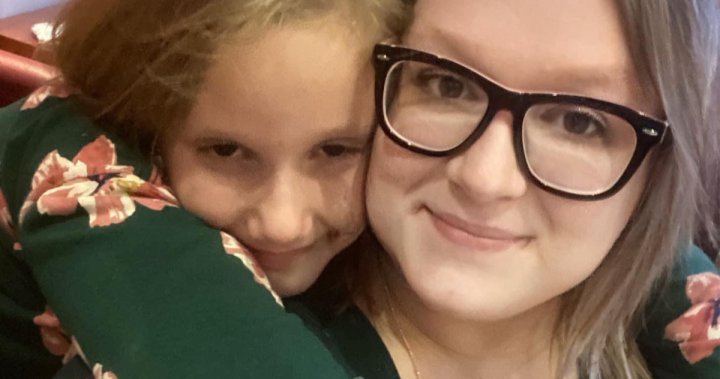 A London, Ont., family is counting their blessings amid an outpouring of support that’s helping them recover from a weekend fire that tore through their home.

The fire broke out early Saturday morning on Bonaventure Drive, just north of Admiral Drive. The blaze burned down one townhouse and left neighbouring homes damaged, including that of Amberlee Hill.

The 34-year-old mother of three says she’s thankful to have been awake in her room when the fire broke out, but wasn’t alerted until she heard her dog barking.

She then heard her neighbours pounding on her door and began rushing downstairs.

“I could smell something, so as soon as we were running down the stairs, I knew something was wrong,” Hill said.

“The fire alarms were not going off, I couldn’t hear (my neighbours’) fire alarms, they were just yelling at us, ‘Get outside, get outside right now.’ I just didn’t hesitate. I woke my kids up, we ran outside.”

Hill and her children, two boys age 15 and 11 and a daughter who’s 9, then watched the fire from her sister’s home nearby.

Within minutes, Hill says she saw the windows of her home blow out as flames spewed from the townhouse. This was coupled with “lots of smoke” and “a lot of neighbours outside screaming because they thought their friends were inside.”

Hill says a lot of the fire broke out around her daughter’s bedroom window, a fact that has left her contemplating how much worse things could’ve been.

“It’s scary to think what if my neighbours didn’t act so fast? What if my dog didn’t hear it? Just a million things run through your mind and it’s really terrifying,” Hill said.

Hill and her children moved into the Bonaventure townhouse last summer following a tumultuous time for the family.

They lived for more than a decade in a home on Carlyle Drive before Hill separated from her husband. After suddenly selling the home, Hill and her children were left temporarily homeless and spent a few months living on the couches of family members.

They then moved into an apartment that was far from ideal.

“I didn’t have a bedroom, the kids all had to share. We were all just kind of crammed into one space for about a year in kind of a rough neighbourhood,” Hill said.

The mother says they finally lucked out in July when they moved into a home on Bonaventure Drive that was close to family and a good school for the kids.

“I used all of the money that I got from selling our house to make a beautiful home for them because we could just finally have a place to call our own,” Hill said.

Hill says her children haven’t been able to stop talking about the fire, adding that she’s saddened that her young daughter is already planning for a potential fire in their next home.

The girl has a deep fear of fires, with Hill pointing to a number of recent examples from their current stay at a hotel following the fire.

“Using a hair straightener, she’ll have to unplug it immediately because you can tell that she’s scared. There’s a fireplace downstairs in the hotel lobby and she mentions it every single time we walk by it,” Hill said.

The mother says she was finally able to process the loss during a walkthrough of the burned townhouse on Tuesday.

“They left me alone in my house for the first time and I just kind of was taking it all in and I had a good long cry on my couch, just kind of thinking of my kids,” Hill said.

“It’s hard starting over, but I’m trying to be strong for them… I don’t want them to see me hurt.”

The financial loss was especially hard as the family did not have home insurance at the time of the fire, but Hill says she’s received plenty of support to help them in the meantime.

That includes a GoFundMe campaign launched by her mother that has raised more than $6,500 for the family as of Wednesday evening.

Hill says she’s heard from childhood friends she hadn’t spoken to in years, along with members of her children’s school.

Elsewhere, her family has provided a strong support system, with her sister cooking meals as Hill and her children live in a kitchen-less hotel room.

“I’m trying to respond to everyone’s as best I can, but obviously it’s overflowed my inbox. I’m extremely grateful and I tell the kids (about) everybody that’s reached out so that they know how loved they are,” Hill said.

“It’s devastating, but we’ll be OK because of the community.”

Damage from Saturday’s fire has been pegged at $1 million, but no injuries have been reported. 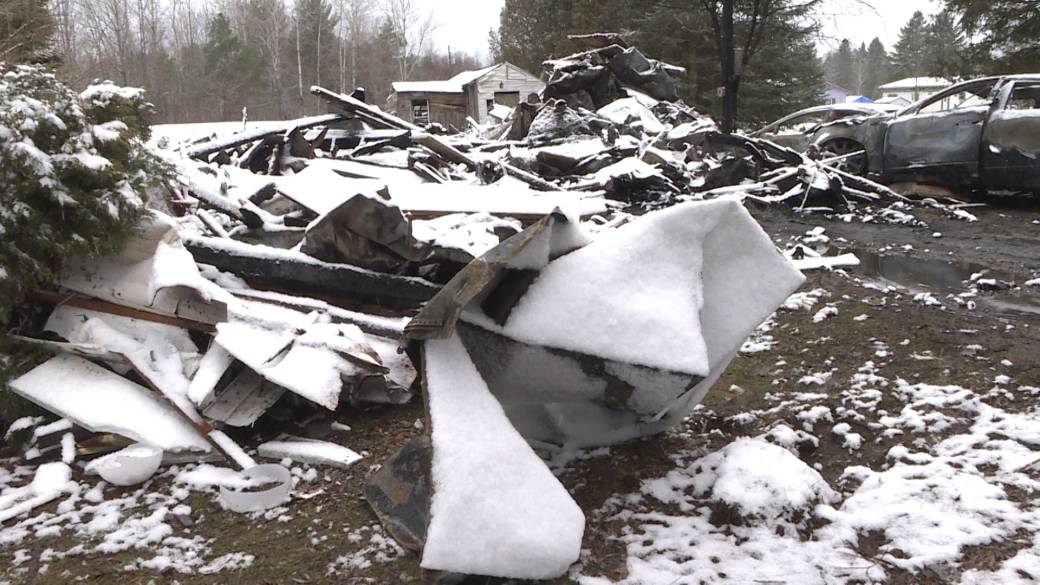