Ontario has done a decent job administering COVID-19 vaccines thus far given its limited supply of doses, but as variants continue to send more younger people to hospital, the province needs to switch up its strategy, infectious disease experts suggest.

The province has begun its Phase 2 of the vaccination plan, which targets people aged 50 and older who live in COVID-19 hot spots and those who can’t work from home.

But critics say the variants of concern are moving much faster than the vaccine rollout, pointing out that the province has millions of doses in freezers.

Premier Doug Ford shot back at critics on Tuesday, saying most of those doses are spoken for.

“We are ready to go,” Ford said. “We have over 1.3 million appointments booked.”

Before a shipment of millions of vaccine doses arrived in Canada on Sunday, the province had administered about 2.4 million – or 86 per cent – of 2.8 million doses it had received from Ottawa. That ranked Ontario second among provinces and territories behind only Saskatchewan.

“With the limited amount of supply, I think we have been very successful in our initial strategy, which was to get it into residents of long-term care, their staff, and into health-care workers who are going to be carrying the brunt of everything,” said Dr. Gerald Evans, an infectious disease professor at Queen’s University.

“But we have to be nimble and change.”

In the third wave of the pandemic, the new variants of concern have created a new vulnerable population – young essential workers, Evans said.

“The segment of the population that’s driving most of the pandemic is in fact those who are younger, the age groups between about 20 to 40 years old who are doing essential work,” he said.

The new variants are both more transmissible and lead to more severe illnesses, Ontario data shows.

“The original policy to start with the older ages and move down has been good because it was reacting to actual clinical data,” said Dr. Omar F. Khan, a professor of biomedical engineering at the University of Toronto.

“With the variants, there’s new data emerging that young people are looking like a new vulnerable population and we have to look at vaccinating them.”

“There has been some communication around addressing that gap in recent days, but we should have this figured out already,” Miller said.

The province must now focus on those who cannot work safely from home, he said. 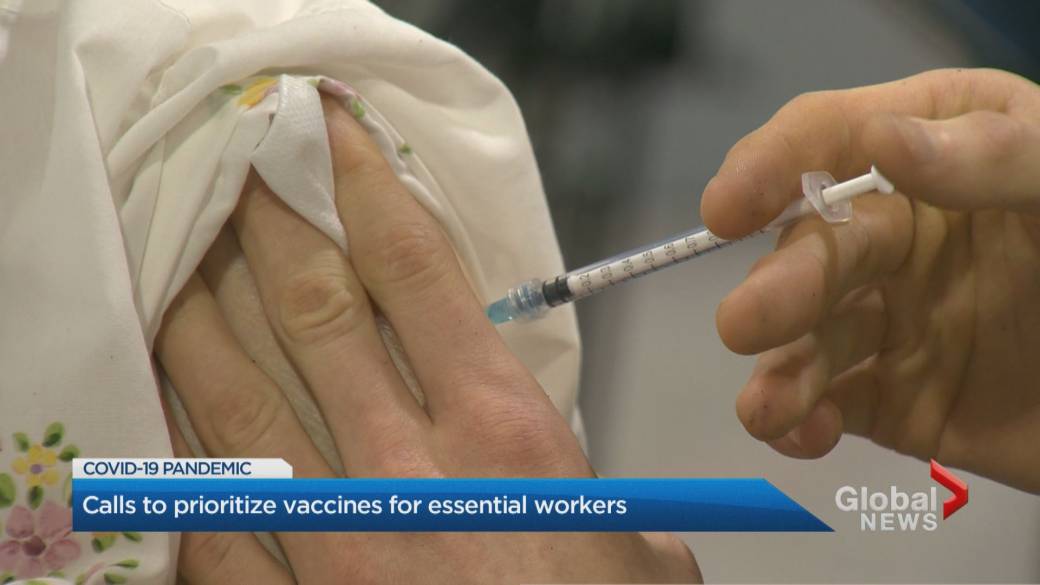 “The more we can target populations who are at high risk of contracting the virus, the more effective we will be at being able to prevent the spread of that virus to other lower risk groups,” Miller said.

Ford said the government is currently working on a plan to vaccinate essential workers and teachers, but those workers won’t get their shots until mid-May, according to the province’s framework released Tuesday.

The premier has been calling for more vaccine deliveries from Ottawa, saying the province’s immunization plan is contingent on the availability of vaccine supply.

“We’re doing more than anyone with both hands tied behind our backs with dribs and drabs of vaccines,” Ford said at a news conference Tuesday.

Evans said the province has done well with the supply it’s been given despite recent criticism over “vaccines in the freezer.”

“This is what politicians do, shifting blame,” Evans said. “We have a lot in freezers right now because we just got a massive shipment, but it’s just a point in time.”

There is one area, however, where the province must do better, Evans said, and that’s the significant dip in doses administered on weekends.

“You can’t do that in a pandemic” he said. “We really need to vaccinate all the time every day.” 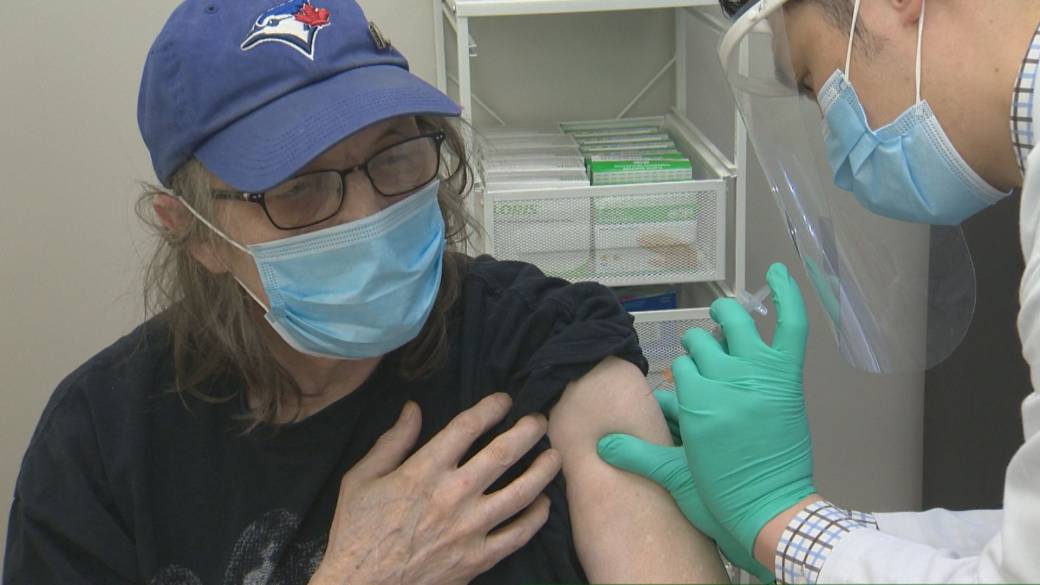 2:19Phase 2 of Ontario’s COVID-19 vaccine rollout begins with a focus on hot spots