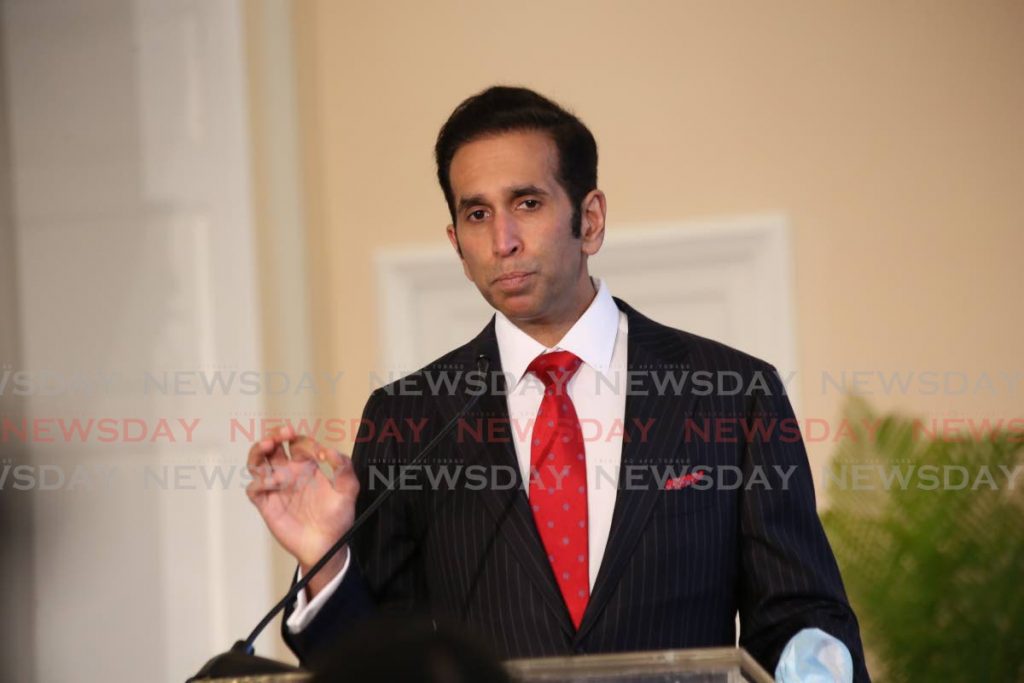 ATTORNEY GENERAL Faris Al-Rawi on Friday chided those who were seeking legal loopholes against the Government’s efforts to curb the covid19 pandemic.

He was replying to the Law Association’s earlier statement that the Public Health Ordinance 1940 only allowed the authorities to enter private property for specific purposes such as to do sanitary work.

Al-Rawi clarified and supported the Prime Minister’s remarks, at a media briefing on Thursday, that enforcement of laws and public health regulations can sometimes apply to individuals on private premises. The AG said, in January 2020 President Paula-Mae Weekes declared covid19 to be “a dangerous infectious disease.” He said the Court of Appeal last week dismissed two challenges to the legality and constitutionality of recent covid19 regulations.

“The recent dramatic uptick in the rate of covid19 infections is a worrying reminder that even with the laws which are in place there is no substitute for personal responsibility,” Al-Rawi remarked.

“It is our personal conduct, wherever located, which is going to determine whether we can slow the rapidly rising rate of infections.”

He said under the ordinance (especially section 131 which relates to wakes) and the regulations, various types of conduct are prohibited, whether public or private, and were criminal offences subject to a fine.

Al-Rawi said the ordinance lets the Medical Officer for Health enter and inspect premises, where he believes an infectious disease exists, to examine any person.

“It is clear as well that under the part of the Public Health Ordinance dealing with infectious diseases, that authorised persons, assisted by the police, are expressly permitted to enter onto private property to inspect same.”

Noting police powers under the Police Service Act to charge someone committing an offence, the AG said people should respect the authority of authorised officers under the ordinance and the police officers assisting them under the law.

“It is unfortunate that at every stage of regulations there have been repeated, admittedly unsuccessful, legal challenges by sections of the society. This encourages a wastage of public resources and emboldens members of the public in irresponsible behaviour.

Al-Rawi chided the association for saying Dr Rowley had failed to make a reasonable link between the conduct of citizens on private property and the rise in covid19 numbers when in fact everyone knew of many reported cases of conduct at private events contributing to the rise in covid19 cases.

“At the end of the day, the Government is trying to regulate and reduce the possibility for infection.

“This ought not to be about singling out and attempting to find loopholes to justify irresponsible conduct. The reduction in numbers that is required is not going to be achieved by criminalisation alone. The regulations cannot and in fact do not identify and prohibit all types of conduct and neither do the police have the means to prosecute same. It is only where there is collective public responsibility that there is going to be any type of improvement.

“The Government will encourage law enforcement to always act within the confines of the law and does not consider it useful to distract from the call for us all as citizens and people of our beloved country, to act in concert and union in beating the covid19 pandemic.”