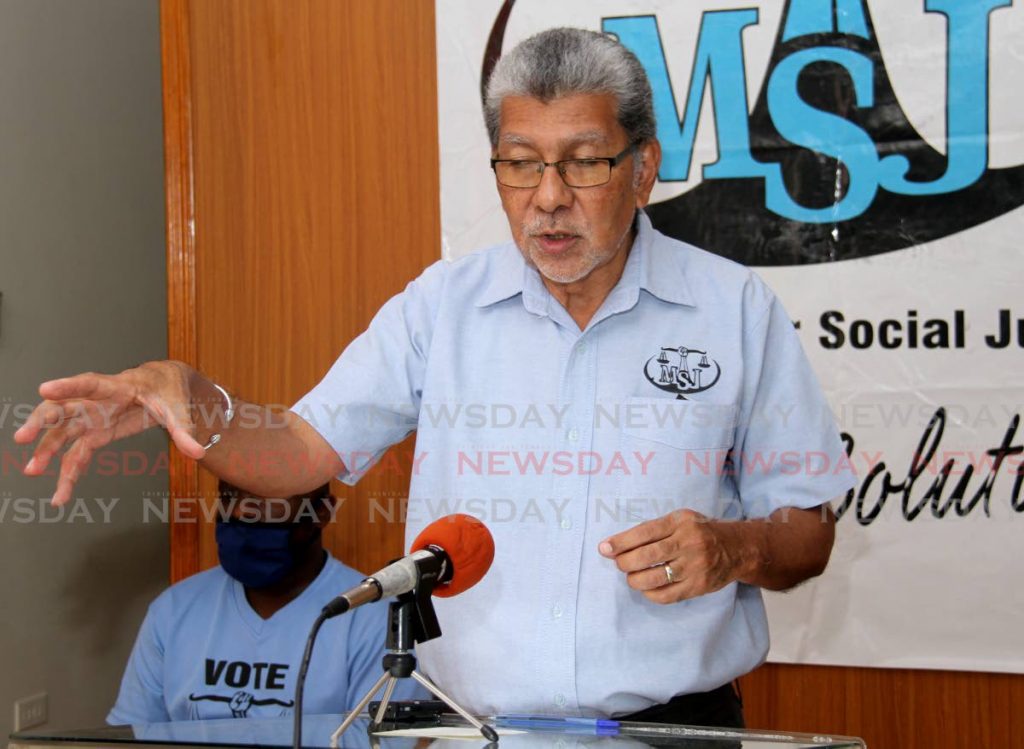 MOVEMENT for Social Justice (MSJ) political leader David Abdulah is proposing the creation of a national roundtable co-chaired by the Prime Minister and Opposition Leader Kamla Persad-Bissessar to provide a nonpartisan, united front to deal with the effects of covid19. Abdulah also wants to see the creation of a national assembly (comprising representatives of civil society, business, religious and other organisations) in TT, to offer recommendations to the proposed roundtable.

During a virtual news conference on Monday, Abdulah reiterated that the PNM and the UNC “have done this country a terrible disservice.”

That disservice, he continued, is to divide the country along political and ethnic lines to suit their respective political agendas.

Abdulah said the latest example of this was the behaviour of both parties in the House of Representatives on May 24, during debates on motions to acknowledge the declaration of a state of emergency (SoE), because of increasing covid19 cases in TT, and extend the SoE by three months, respectively.

On May 24, the House approved both motions, with the latter seeing the SoE being extended from May 30 to August 30.

Abdulah said the inability of the Government and the Opposition to unite in the face of the pandemic and the “culture of ethnic support” they foster, does not help the population.

“We are in the worst of times. Thousands of people are in great pain.”

Abdulah said Persad-Bissessar should be included in the meetings which the Government has with public health personnel on health efforts to combat the virus.

He said the work of the roundtable would be supported by the work of a national assembly, comprising representatives of legitimate civil society, business, reglious and other stakeholder groups in TT.

Abdulah stressed this group will have no legislative authority and serve more as national panchayat or gathering of wise and respected elders to discuss issues.

“It is not to replace the Parliament. “

Asked whether the MSJ had sent any formal, written proposals to Rowley and Persad-Bissessar about the national roundtable and assembly, Abdulah replied, “We have not sent anything. We believe that the best way to do this was to do it publicly, at the same time, so that neither one nor the other could say they got it before.”

But he added, “We will now send it to them directly.”

Abdulah admitted there is a chance that neither the Government nor the Opposition would agree to the MSJ’s proposals.

“We don’t have the power to summon the leaders of the PNM and UNC to sit around a table.” But he hoped that Rowley and Persad-Bissessar could discuss the proposals by the end of this week and reach an agreement on them