Thinking of buying a new couch? The price may have just quadrupled Thinking of buying a new couch? The price may have just quadrupled

With more than 40 years of experience, Love Dodd of Victoria thought he had seen everything the furniture business could throw at him.

But even he almost jumped out of his chair when he saw the size of new tariffs that were slapped on a lot of his merchandise earlier this month.

“We personally got hit with a couple of hundred thousand dollars,” he said in an interview. “That’s been a huge blow for us.”

On May 5, the federal government imposed tariffs of up to 295 per cent on imported upholstered furniture from Vietnam and China. With three furniture stores across Vancouver Island, Dodd says the impact on his business, which employs roughly 80 people, was almost immediate.

He recalls a customer who came into one of his stores recently and tested out a recliner that was priced at $698. “If they come to my store today, it’s going to be $2,598,” he said. “It’s not affordable.”

Ottawa imposed tariffs after a half dozen Canadian furniture producers complained that products from Vietnam and China were being dumped into Canada at prices that were wildly uncompetitive.

Winnipeg-based Palliser Furniture is the company that got the process started. While it declined an interview request, the manufacturer’s letters to government officials lay out its reasoning. According to government data, roughly $475 million worth of upholstered sofas and chairs subject to the new tariffs get imported into Canada every year, the majority of which come from China.

Palliser says less than 20 years ago, Canadian manufacturers produced well over half of those items sold in Canada. Today, it’s barely one-sixth.

According to Palliser, the flood of cheap products, primarily from China, is hurting Canadian companies. “There has been a significant loss of jobs across Canada as a result of the unfair competition from China in particular,” one of the company’s submissions to the Canada Border Services Agency says.

Exporting items at prices below what they cost to produce is known as dumping, and it’s a contentious issue in international trade law.

Unpopular though they may be with consumers, tariffs are one of the bluntest instruments available to governments seeking to level the playing field.

Complaints about unfairly priced Chinese and Vietnamese-made products have been a long simmering issue in the furniture business, so while Dodd says he had an inkling something was coming, he was expecting tariffs in the range of 10 to 20 per cent, similar to what the U.S. recently implemented.

But at four times the sticker price for some products, sales have slowed to a crawl as customers balk at exorbitant hikes, he said. While about half his upholstered merchandise is locally sourced, the other half has been waylaid by the tariffs.

“If we can’t sustain delivering product to our customers and having merchandise for them, we don’t have sales,” he said. “We probably have to downsize our operations.”

The tariffs imposed so far are preliminary, which means they can be raised, lowered or removed altogether when the government finishes its investigation into the matter later this summer. But it’s clear the government already thinks dumping is an issue.

“Canada Border Services Agency is of the opinion that there is evidence that [furniture] originating in or exported from China and Vietnam have been dumped and subsidized,” CBSA said in explaining the decision. “[And] there is evidence that discloses a reasonable indication that such dumping and subsidizing have caused and are threatening to cause injury to the Canadian domestic industry.”

On top of dwindling sales, Dodd is facing a slew of customers cancelling orders because they have to pay higher prices since the items they’ve ordered haven’t been imported yet and will be subject to the tariffs. He’s already out thousands of dollars in tariff costs he’ll have to pay for items that are already on their way to Canada, he said.

But he’s trying to minimize the financial hit by stopping any more shipments unless he’s sure he can sell the items at the higher price.

“I’ve cancelled almost 35 containers of product coming until the end of the year,” he said. “That’s $1 million of sales.”

Dino Colalillo, the owner of Edgewood Furniture in Woodbridge, Ont., says he’s glad the government has finally stepped in to help manufacturers like him.

“It’s justified, maybe 10 years too late,” he said in an interview.

He said Canada’s domestic furniture manufacturing industry is a shadow of what it once was because manufacturers in China, Vietnam and elsewhere have been flooding the market with mass-produced goods with costs subsidized by their local governments.

“A lot of the places just gave up and closed,” he said of Canada’s industry.

According to Statistics Canada, as recently as 2017, Canadians bought about $148 million worth of upholstered couches and chairs made in Canada. Last year, that figure dropped to just $115 million. Edgewood Furniture owner Dino Colalillo says it’s hard to compete when Chinese made furniture is being dumped into Canada at a retail price that doesn’t even cover his cost of raw materials. Photo: Craig Chivers/CBC 0:40

Colalillo said most of the manufacturers that still exist have differentiated themselves by offering more customization in terms of fabrics and different colours, because they can’t compete with mass-produced foreign items.

“For the industry, it’s good,” he said of the tariffs. “It kind of pushes retailers to try to buy more Canadian.”

“I applaud the government for actually doing something about it, finally. I just hope it sticks.”

But Melissa and Sacha Leclair, owners of Ottawa furniture boutique LD Shoppe, say they wish the government had also considered the impact on consumers and retailers, instead of just manufacturers.

The Leclairs work hard to source locally, they said, so only about 10 to 15 per cent of their products have been impacted by the tariffs, mostly very specific products with a style that they can’t find a domestic supplier for.

“There’s a really small number of manufacturers in Canada producing anything similar,” said Sacha, the company’s president and creative director. “There’s no options really to make it domestically.”

A look at LD Shoppe’s catalog underscores just how drastic the impact can be. The bestselling item is the Darcy Swivel Chair, which retails for $1,419. But a note on that item’s page on the website warns customers the chair now comes with a tariff of $1,351 — nearly doubling the price. 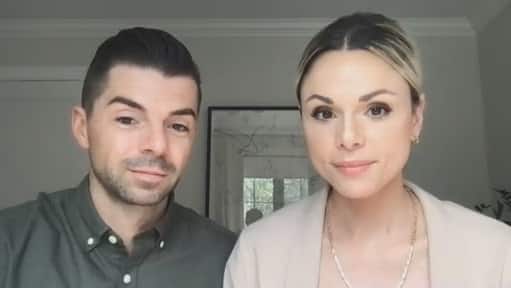 Melissa and Sacha Leclair, who own Ottawa-based LD Shoppe, say the new tariff plan needs a rethink to consider the impact on retailers as well as the manufacturing side of things. 0:29

It’s disheartening to have to walk through the showroom and remove items so as not to mislead customers, because “that’s now an unsellable good,” said Melissa, the company’s CEO.

“To do this to small businesses in the middle of a pandemic, when our stores already closed in lockdown,” Sacha said, “it just felt like kicking us while we’re down.”

Mark Warner, a trade lawyer with MAAW Law in Toronto, says that while tariffs of up to 295 per cent are doubtless hard to swallow, Canada is not like other countries when it comes to trade disputes. The government is required by law to consider what’s in the public interest with regard to actually implementing remedies.

“It will be interesting to to see first if these preliminary duties stand up … and, secondly, whether some group of aggrieved consumers decides to launch a public interest [argument],” he said.

In that case, he said, it’s possible the government determines it’s not in the public interest, in the middle of a pandemic, “to force Canadian consumers to pay 300 per cent more for a couch.”

If the price hike isn’t enough of a deterrent, Love Dodd says the tariffs also come with another potential shock for any Canadians shopping for furniture right now.

“With made-in-Canada product, we’re seeing up to a one-year wait right now,” he said.

“You’re going to see a lot of stores that are half empty.”