Tobago family of 3 homeless after fire 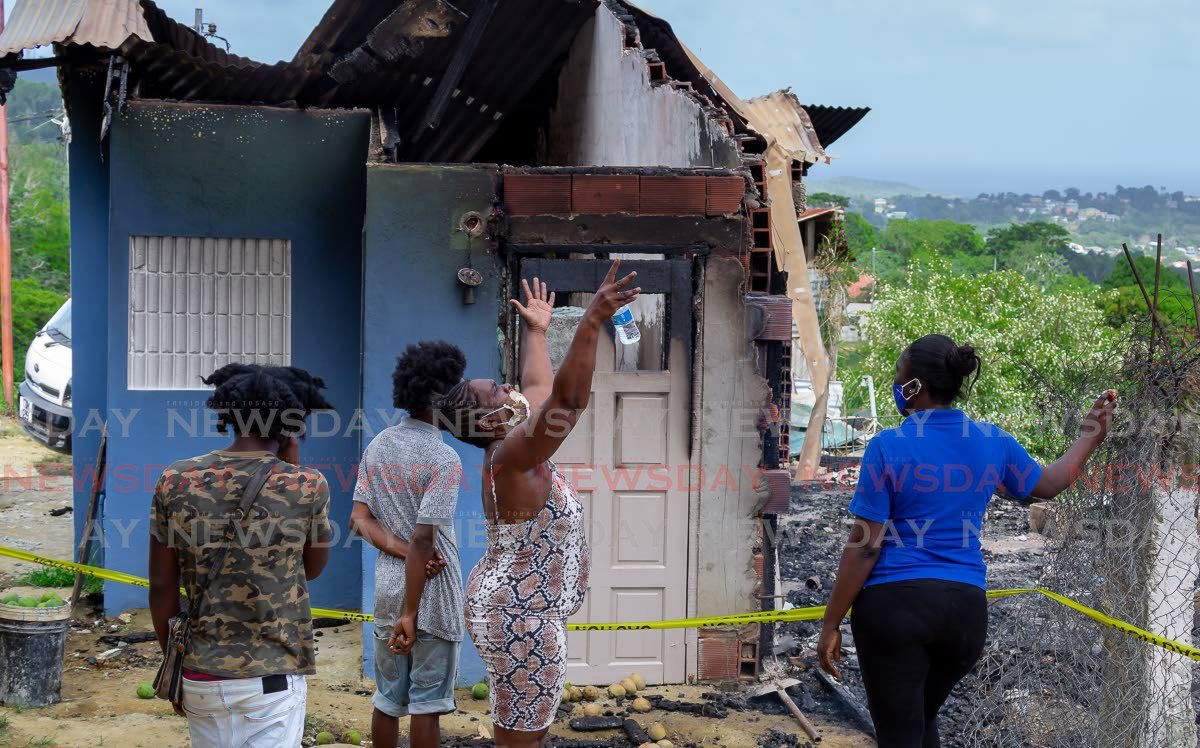 Tobago family of 3 homeless after fire

A family of three was left homeless after an act of arson left their Gerald Graham Road, Union Village Street, Tobago completely gutted on Sunday.

“Our appliance responded and when we went, we found a structure which was occupied by Margaret Seaforth and Alston Friday well ablaze. There is another occupant, but that person was not at home during the incident.”

He said the building was completely destroyed and losses have been put at $335,000. He said the police got a report that an attempt was made to set a nearby house occupied by a relative on fire.

“By virtue of the occupants of the first house raising an alarm, the perpetrators fled the scene, but three men were held by police in connection with the attack,” Thomas said.

Speaking with Newsday, Keston Thompson, 26, the son of Margaret Seaforth, said he lives a stone’s throw away from where the incident occurred. He said he was awakened to the inferno by the screams of his mother.

“My mother was calling, she kept on screaming my name and that was when I realised what was happening.” He added: “This is real depressing. To know that everything is gone in the blink of an eye – things that you’ve worked hard for, for so long.”

He said Friday, his 83-year-old grandfather, had to jump through a window to escape the fire. He was unhurt.

“He said he was feeling dizzy but he really didn’t get any burns or anything like that. When I tried to out the fire, I suffered some minor burns.” He said assistance is forthcoming.

“A place has been provided. A social worker did visit along with our area representative Kelvon Morris who put certain things in place along with some other welfare officers.” Newsday attempted to contact Morris, but all calls and messages to his mobile went unanswered. Tobago police are investigating.