UNC objects to Senate adjournment: We came to work 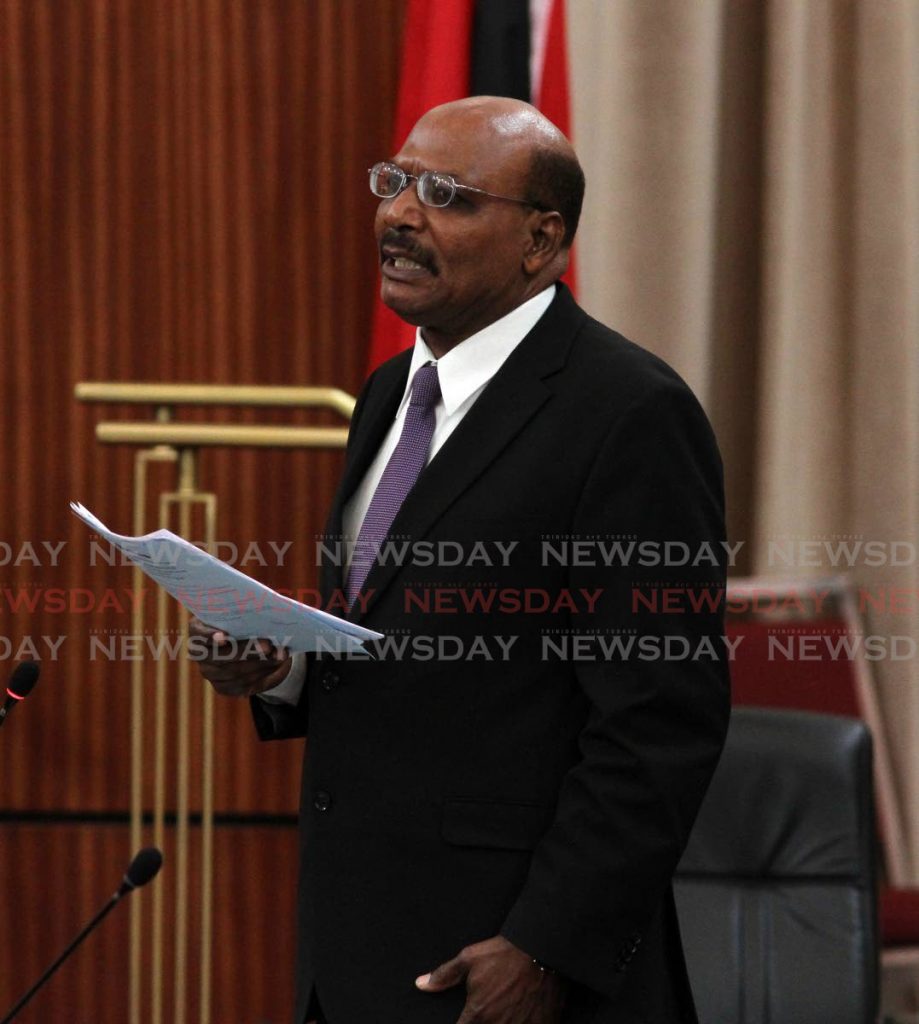 UNC objects to Senate adjournment: We came to work

Despite fierce objection from Opposition Senators on the adjournment of the Senate on Wednesday the sitting was adjourned to Monday.

The reason given was that it would better accommodate some members who had to attend a Lower House sitting scheduled to take place at the same time.

The Senate sitting, which lasted only 35 minutes, was expected to deal with the second reading of the Mutual Assistance in Criminal Matters (Amendment) Bill, 2021 and the Miscellaneous Provisions (Special Reserve Police and Police Complaints Authority) Bill, 2020.

Leader of Government Business Clarence Rambharat said while it was possible for both the Senate and the House of Representatives to sit at the same time, Attorney General Faris Al-Rawi, who was expected to move the two bills in the Senate, had to attend a debate on the Self Government Bill for Tobago.

Rambharat said he had raised this concern with Senate colleagues and Opposition Senator Wade Mark agreed to the adjournment.

But Mark firmly opposed it, saying the Opposition was prepared to begin debate on the bills.

“We came prepared to do the people’s business and it is quite unfortunate we are unable to do so.

“Madam President, as you are aware, the Parliament goes into recess on July 7, so I really want to record our disappointment (that) having been advised by the government that we will be coming here today to deal with certain bills, we are now being told we are being told of some other decision taking place in some other place.

“I want to record our opposition and dissatisfaction with that kind of co-ordination.”

Rambharat replied that the decision to adjourn the sitting was done not only for the government’s senators but also for the opposition and independent senators, and accused Mark of trying to tarnish the reputation of the Senate.

“There is no question that this House will complete the work that is before us for the period, and there is no question of our productivity as a House that at this stage we have two bills from the House which are remaining for debate and we have functioned efficiently (despite) all the restrictions, all the challenges. And I will not allow Senator Mark to create the impression that this House has not been productive.

“What we are dealing with now is
a situation brought on by the treatment of the bills,” he argued.

But Mark and Senator David Nakhid objected to this, saying, “We came to work,” while Rambharat spoke, prompting Senate President Christine Kangaloo to caution them.

“Senators Mark and Nakhid, clearly you want to hear your voices over and over. I am going to ask you please stop the outbursts.”

The Senate was adjourned to Monday at 10 am.