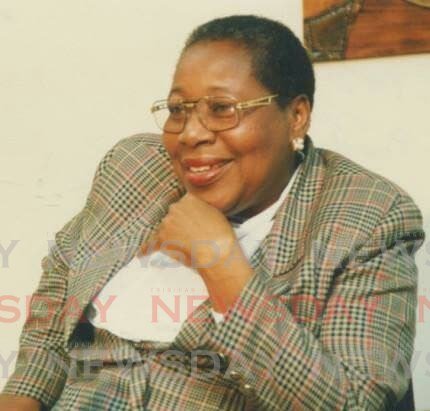 Former National Alliance for Reconstruction government minister Pamela Nicholson has said she supported the United National Congress’s (UNC’s) decision to walk out of the Parliament chamber on Tuesday.

Opposition Leader Kamla Persad-Bissessar led the walkout in protest against the extra speaking time given to the Prime Minister, who wound up the debate on a government motion calling on the House of Representatives to adopt the report of a Joint Select Committee on the Tobago “autonomy” bills.

The government has 22 members and the UNC 19.

If the UNC refuses to vote on the legislation, it may very well lie in abeyance until the House resumes in September after the July-August recess.

Nicholson, who is the only Tobagonian to represent the Tobago East and West constituencies in the Parliament, said the UNC’s action was warranted.

“Obviously, the other side must get angry because both sides agreed to what she (Leader of Government Business Camille Robinson-Regis) said on how the debate will take place, the timing,” she said.

“I was alarmed at the Speaker. She behaves as if the House is a one-sided affair. She is the chairman of the two sides. The people voted for the PNM and the UNC, and you should chair the House in a balanced way with fairness.”

Nicholson said Couva South MP Rudranath Indarsingh was right to question the Speaker’s decision to allow a request for an extension of Dr Rowley’s speaking time to be put to a vote.

She said she was not surprised by the walkout.